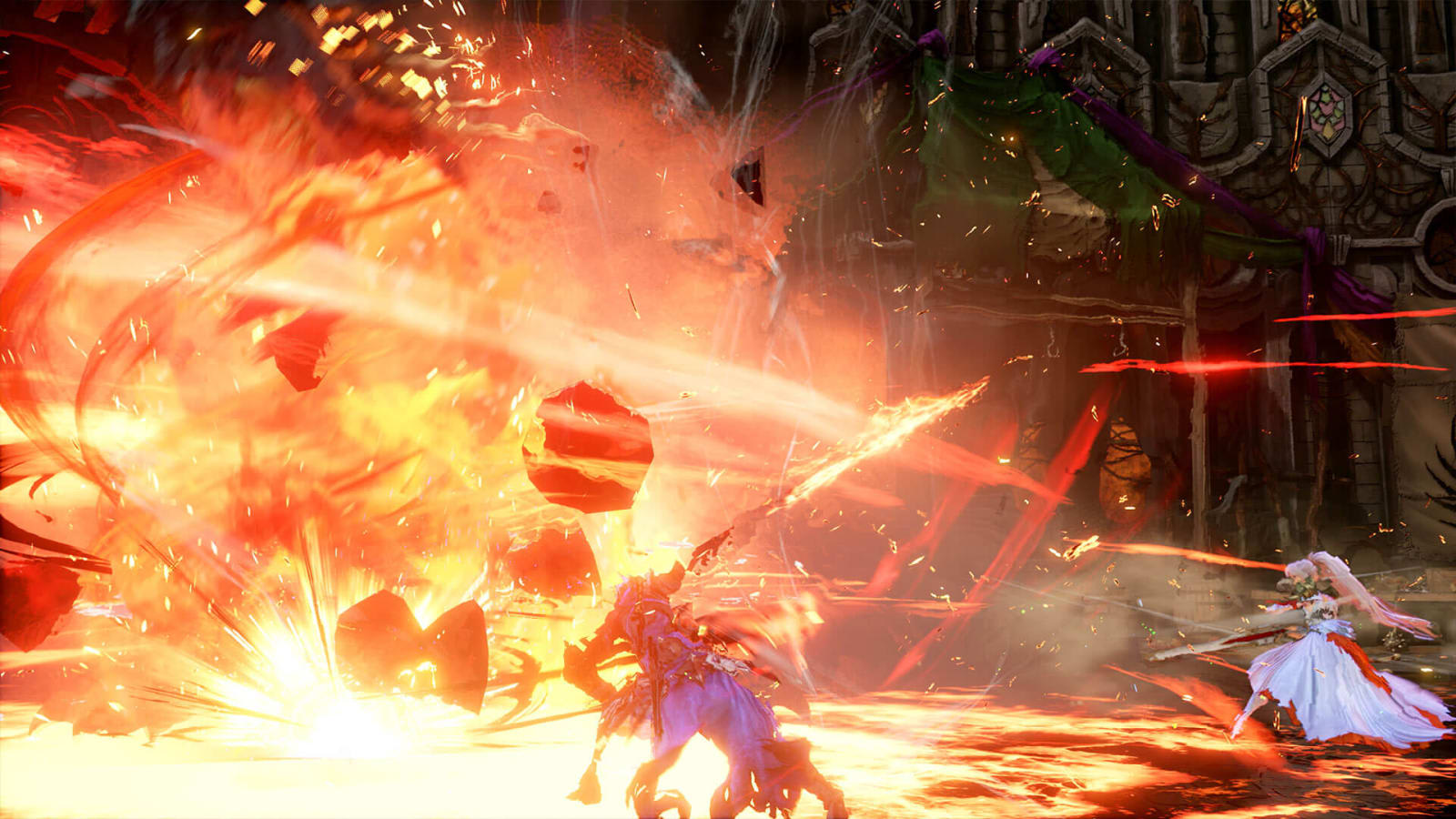 First launched on the Super Famicom way back in 1995, Bandai Namco's Tales series is one of the longest-running RPG series in the history of gaming. At Microsoft's E3 keynote on Sunday, the company announced that the "dynamic action RPG" will receive yet another iteration come next year. Dubbed Tales of Arise, the follow-up to 2017's Tales of Berseria will reportedly offer an updated combat system that still remains true to the gameplay that fans of the storied franchise have come to expect over the past 24 years.

Details of the release leaked online ahead of the official announcement. Per those leaks, the story takes place on the planet Dahna. "Stories handed down for generations became truth and masked reality for the people of Dahna," the release states. "For 300 years, Rena has ruled over Dahna, pillaging the planet of its resources and stripping people of their dignity and freedom. Our tale begins with two people, born on different worlds, each looking to change their fate and create a new future."

In this article: av, breaking news, e32019, gaming, microsoft, xbox
All products recommended by Engadget are selected by our editorial team, independent of our parent company. Some of our stories include affiliate links. If you buy something through one of these links, we may earn an affiliate commission.