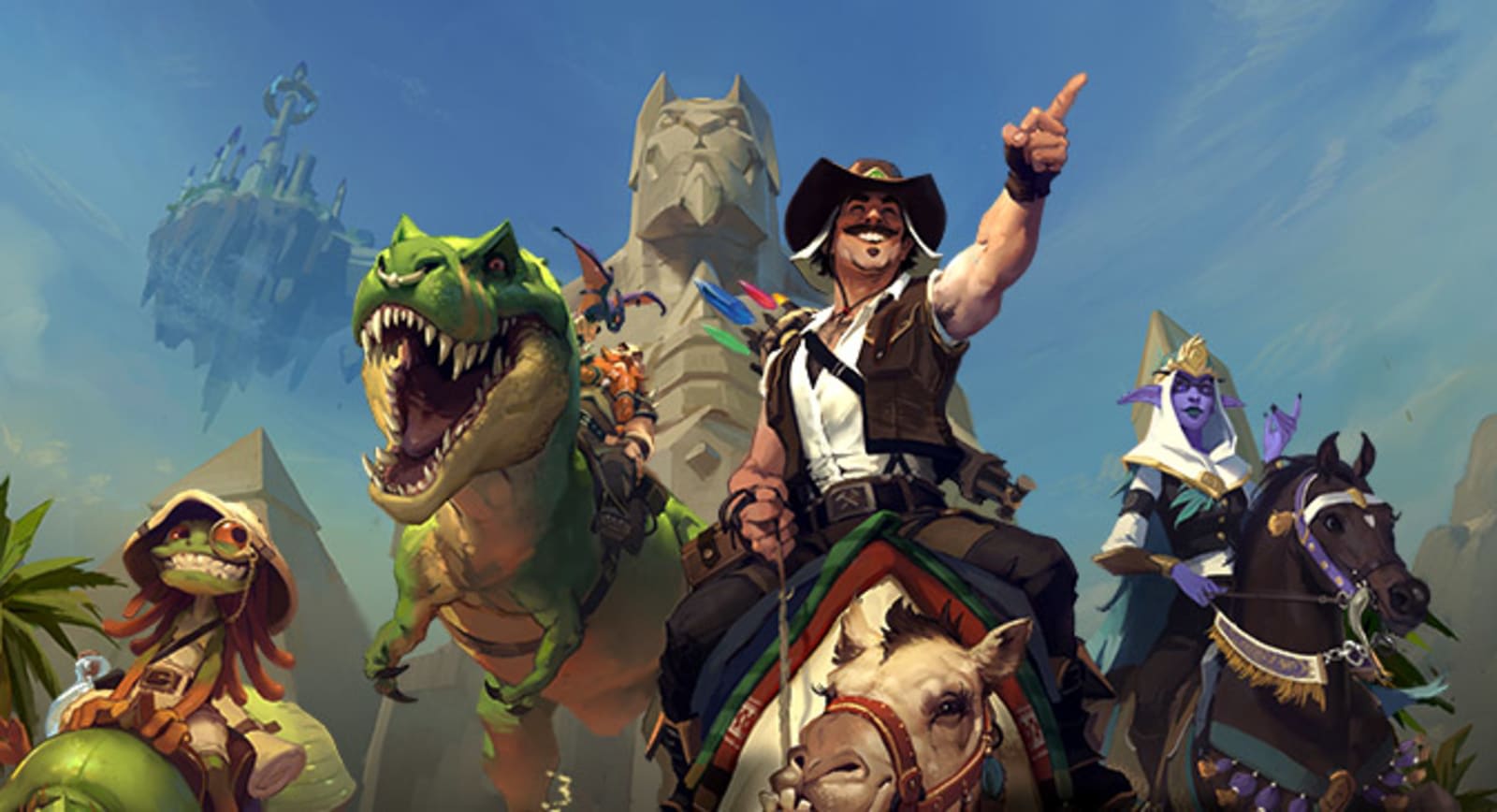 Grab a camel and don't forget your sunscreen, because the next expansion of Blizzard's Hearthstone will be desert themed.

The Saviors of Uldum expansion launches August 6th, and will feature the return of the League of Explorers. Elise Starseeker, Sir Finley Mrrgglton, Brann Bronzebeard and Reno Jackson will trek through the desert of Uldum to search out treasures and fight against the League of E.V.I.L.

A familiar mechanic will make a return as well: Quest cards which start in players' hands and reward them with a new Hero Power upon completion.

Two of the new Quests have also been revealed. First is Untapped Potential, requiring the player to end four turns with any unspent Mana to win the Ossirian Tear power which combines both effects of Choose One cards. The second is the Supreme Archeology quest, requiring the player to draw 20 cards for the reward of the Tome of Origination power which lets players draw a card for no costs.

There are also new mechanics, like the Reborn keyword which returns minions to life with one Health the first time they're destroyed, and Plagues spells which are wielded by evil classes and affect every minion on the board.

More new cards and mechanics will be revealed in the next few weeks. And there's a bonus for players who log into the game within 90 days of the expansion's release: they'll be given a randomly chosen Legendary Quest Card.

Source: Blizzard
In this article: blizzard, entertainment, hearthstone, internet
All products recommended by Engadget are selected by our editorial team, independent of our parent company. Some of our stories include affiliate links. If you buy something through one of these links, we may earn an affiliate commission.