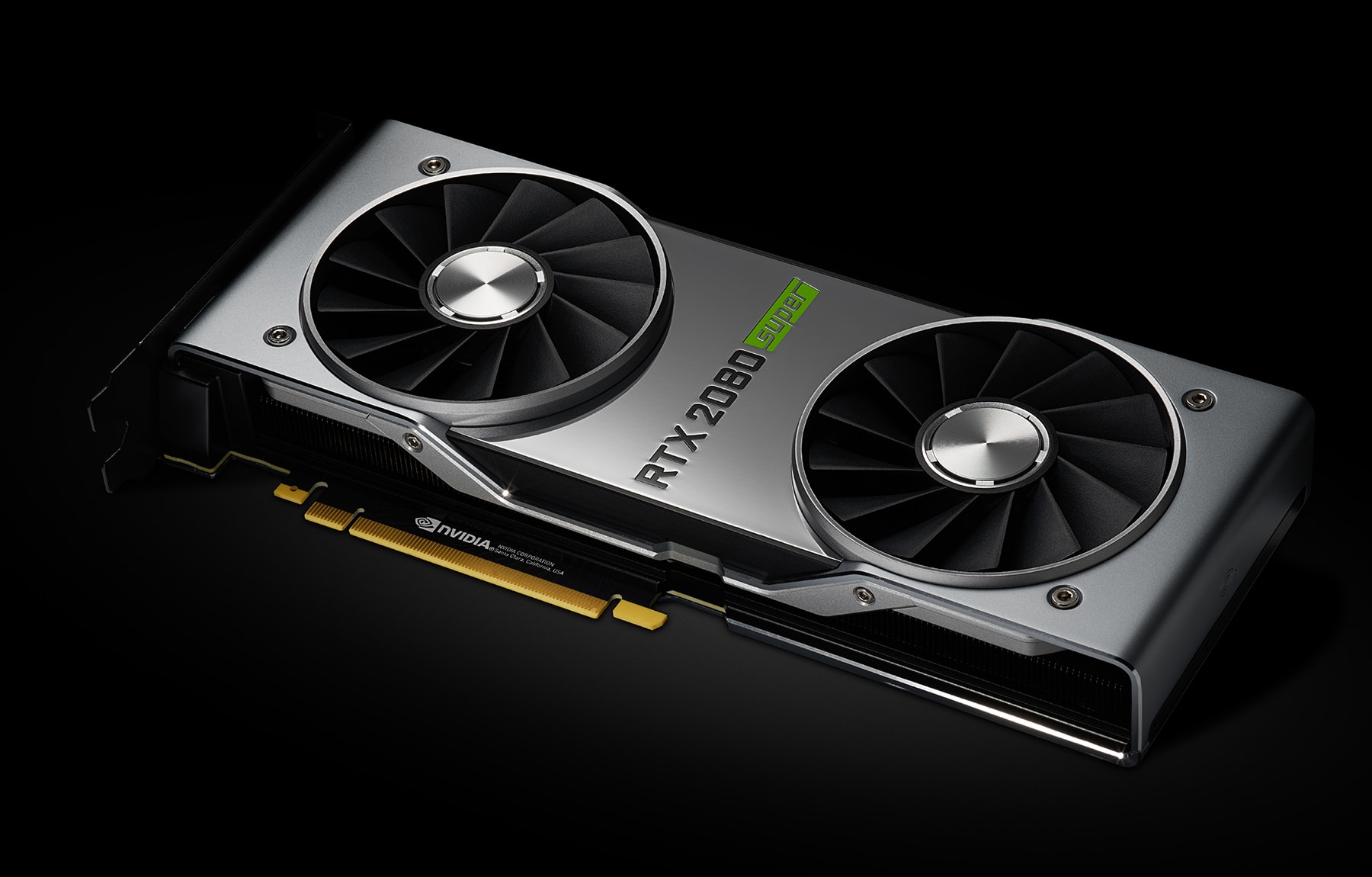 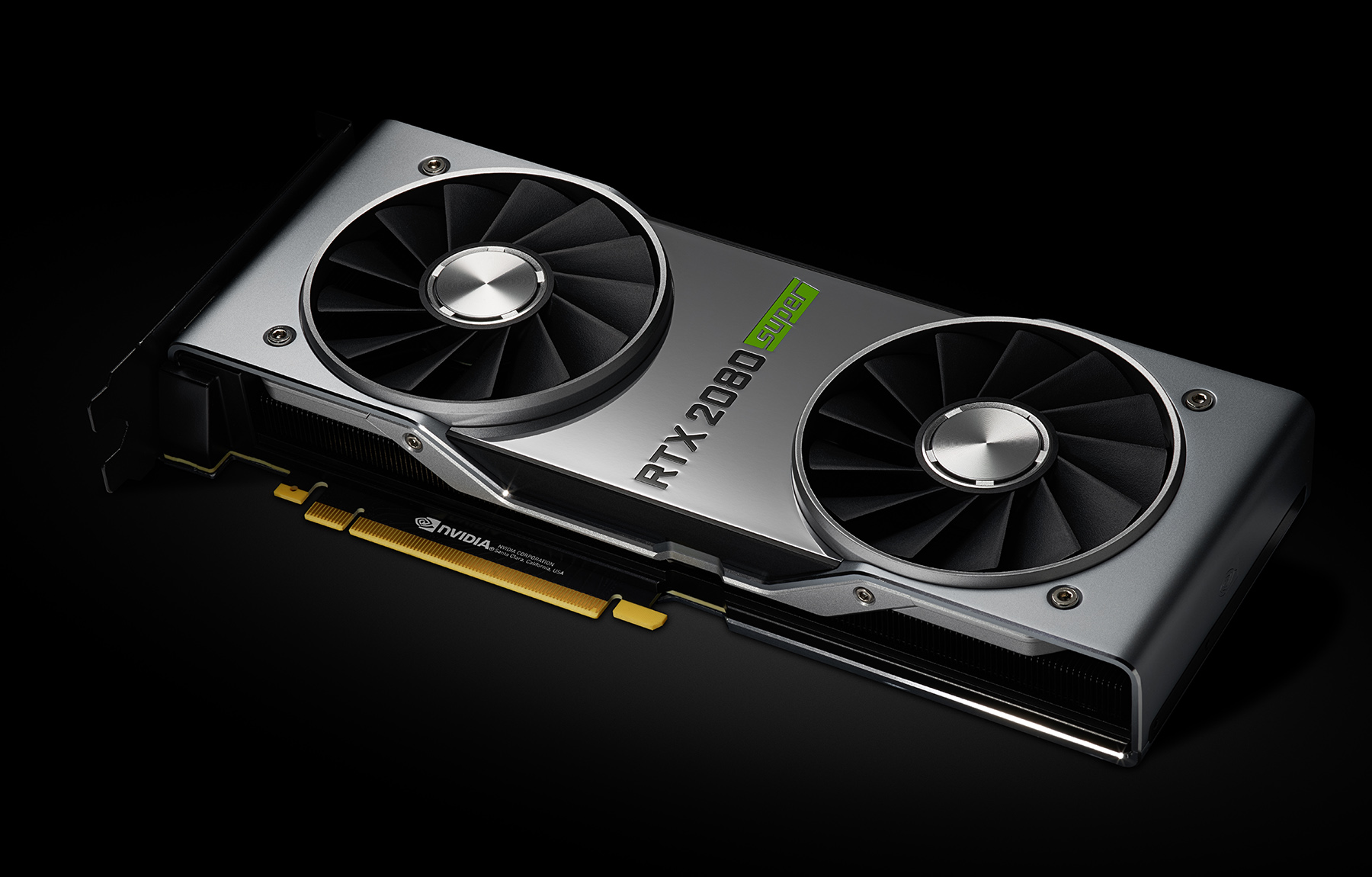 With AMD's next generation of GPUs just days away, NVIDIA is making good on its drawn-out tease with a trio of new graphics cards: the RTX 2060 Super, RTX 2070 Super and the RTX 2080 Super. What does that "Super" mean? Well, there's not a single answer to that.

The first meaning of "Super" is "similar to card already on sale, but better." That's a lot like the Ti moniker NVIDIA often uses, and it accurately describes the most changed of the new cards, the RTX 2060 Super. The new card comes in at $399 -- $50 more than the regular edition -- and it actually has more in common with the original 2070. 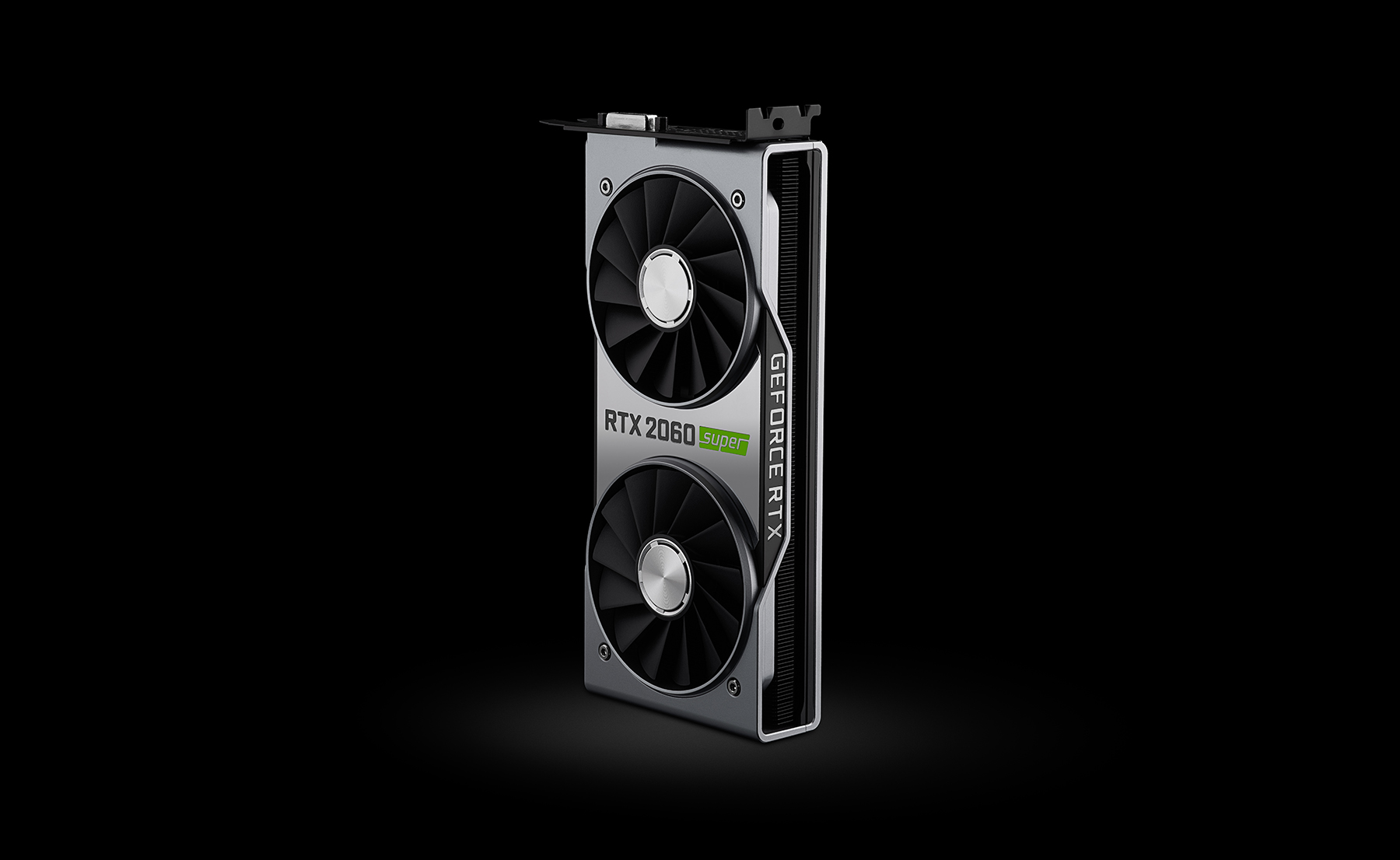 The most significant change, however, is memory: The 2060 Super has 8GB, as opposed to the regular card's 6GB. When combined with an improved 256-bit memory interface, this increases bandwidth by 33-percent to 448 GB/sec. That's a huge change for the better and should boost performance a lot.

Although the raw TFLOPs improvement doesn't look that impressive -- 7.2 at FP32 vs 6.5 -- all told, these tweaks should eke out an extra 15 percent of performance over the base model. NVIDIA says this puts the RTX 2060 Super almost on par with the original RTX 2070 and ahead of last generation's GTX 1080. Not bad for $399. The second price you pay is one of power draw: NVIDIA says the Super card will pull a peak of 175 watts from your PSU, up slightly from the previous 160W power envelope. 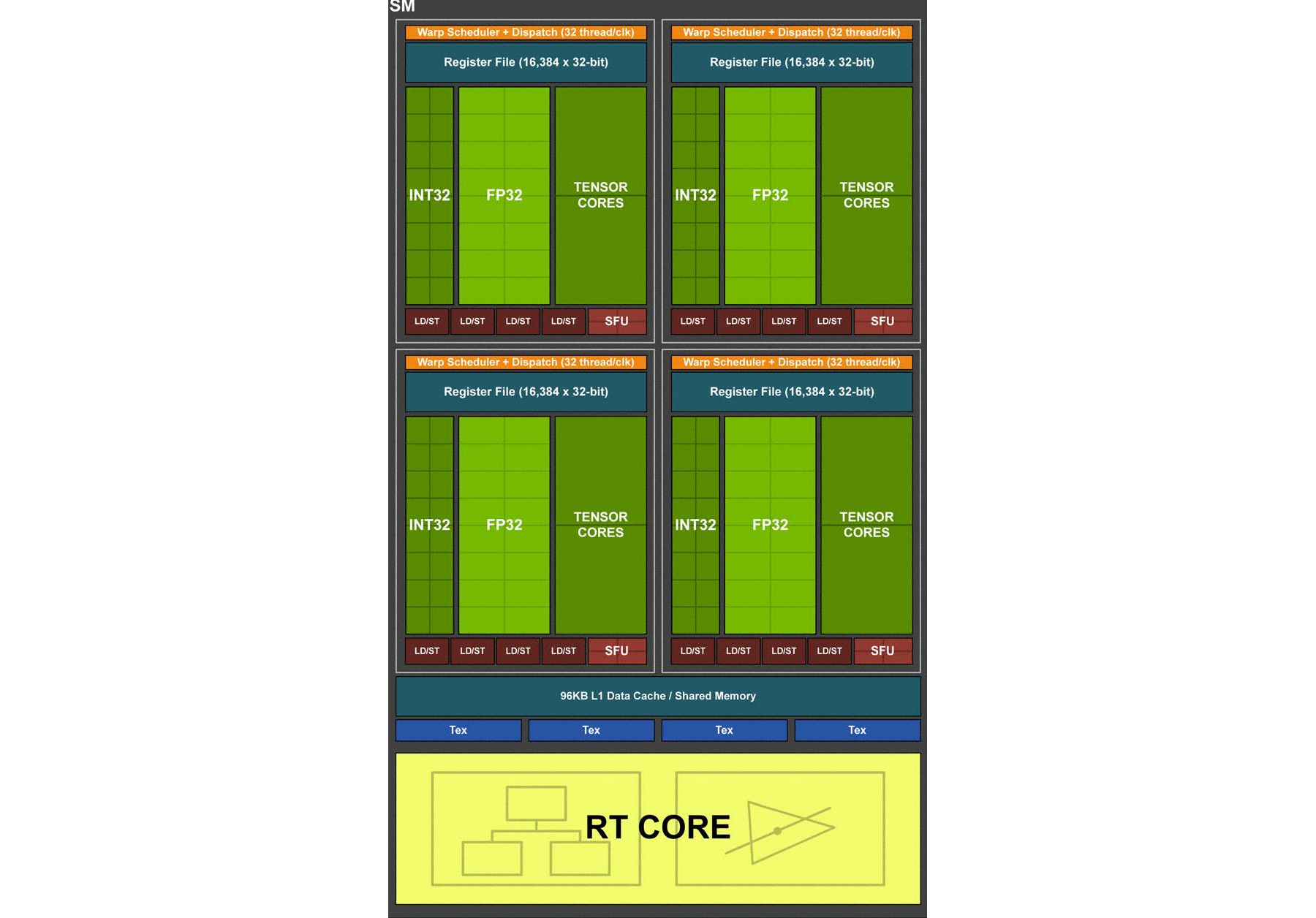 A side-note: NVIDIA packages CUDA cores and texture units inside a streaming multiprocessor (SM). In NVIDIA's current architecture, these SMs also house Tensor cores for AI and RT cores for ray-tracing. Although the spec sheet notes an increase of four SMs, which makes sense given the boost to CUDA cores, it doesn't mention a change to Tensor or RT core counts. Instead, it says the maximum Tensor FLOPS raises from 51.6 to 57.4, which is inline with the improvements elsewhere, suggesting there are additional active Tensor cores.

On the ray-tracing side, NVIDIA notes an increase from 5 Giga Rays to 6 Giga Rays. We're not entirely sure how the company calculates this, but a 20-percent increase is surprising given what we know about the rest of the hardware. Perhaps this figure factors in memory bandwidth, or perhaps it's just a side effect of rounding to the nearest billion, and the increase is actually more like the 10- to 15-percent improvement the Super card shows elsewhere.

Enter the second meaning of "Super": "A card that replaces the older, non-Super one." The RTX 2070 Super comes in at the same $499 as the original 2070, which has not been given a price reduction and, instead, looks set to be phased out.

The changes start with a mild bump to active hardware. This is a pared-back version of the original 2080's chip, with a lot of things deactivated. You again get an extra four SMs, with 256 CUDA cores (up to 2,560 total) and 16 more texture units (up to 160). 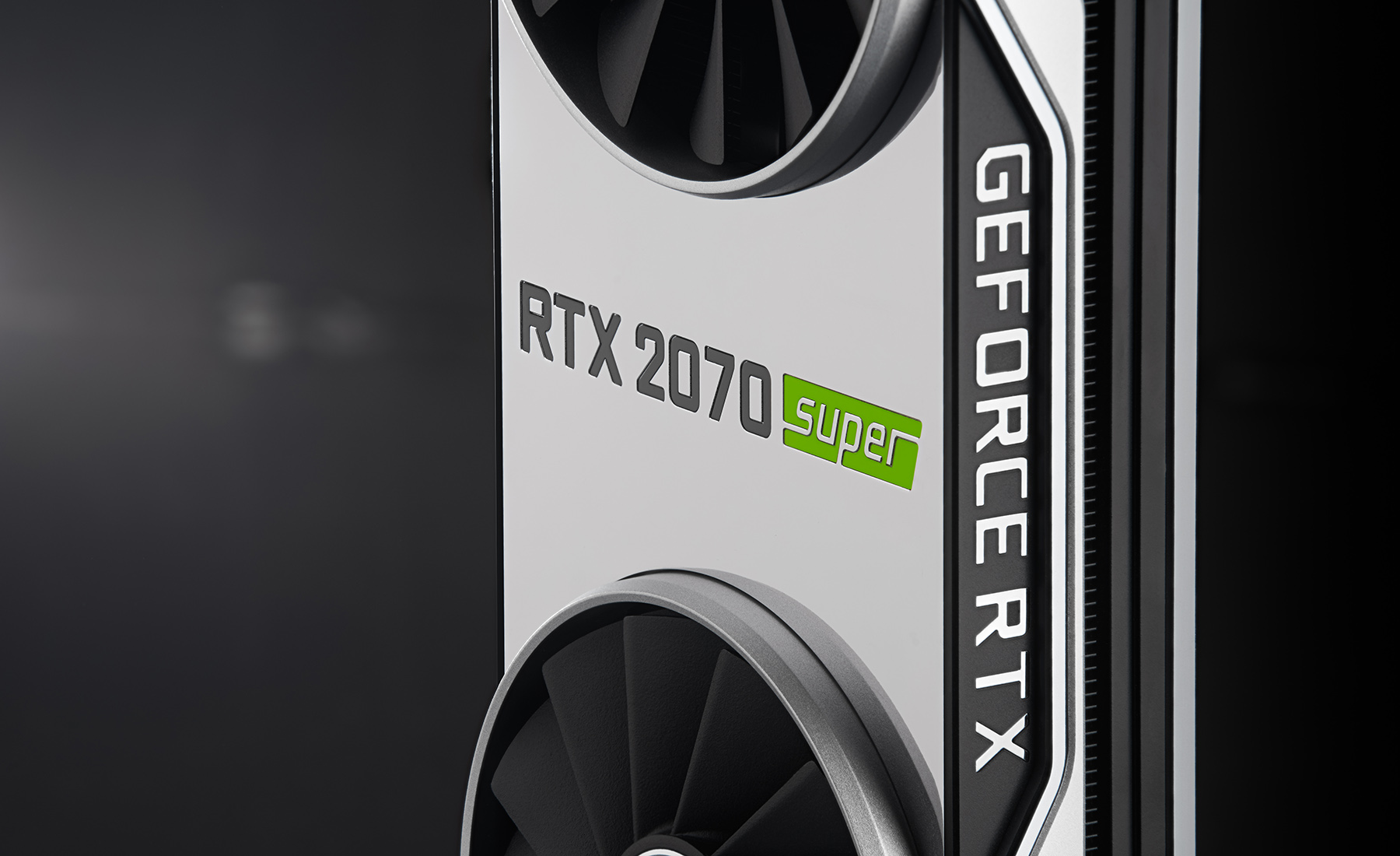 NVIDIA claims the RTX 2070 Super is 16-percent faster than the regular 2070 on average, putting it above the GTX 1080 Ti, and mighty close to the original RTX 2080. It also says ray tracing improves by a similar margin, claiming the Super edition can handle "7 Giga Rays" versus the original's six.

Even though prices are the same, you have to pay for that extra power somewhere: The new card's expected peak draw is 215W, up 40W from the previous 175W. That seems like a huge increase, but when you consider this $499 card is going up against AMD's $449, 225-watt RX 5700 XT, it makes sense for NVIDIA to increase the power draw to ensure it stays ahead.

Rounding out the new GPUs is the RTX 2080 Super. Like the 2070, this will replace the old card in the lineup and costs the same $699 as the card it supplants. There's a less-significant change to the actual hardware here, as you're only getting two extra SMs over the original. That means an addition of 128 CUDA cores, 16 Tensor cores, eight texture units and two RT cores. There are significant boosts to clock speeds, though, making the side-by-side look like this:

If you've been following the leaks, you'll know there's an important detail absent from the above table: memory bandwidth. As rumored, the 2080 Super's memory data rate has risen from 14Gbps to 15.5Gbps, increasing total memory bandwidth to 496.1 GB/s. That's an 11-percent improvement over the original card's 448 GB/s.

Additional cores and higher clocks boost the new 2080's raw number-crunching capability to 11.1 TFLOPs, up from 10 TFLOPs. That's, again, an 11-percent improvement over the original card. (Note, though, that it's not such a huge leap over the Founders Edition or after-market cards with high boost clocks.) Power draw also goes up, creeping from 215W on the original model all the way up to 250W. 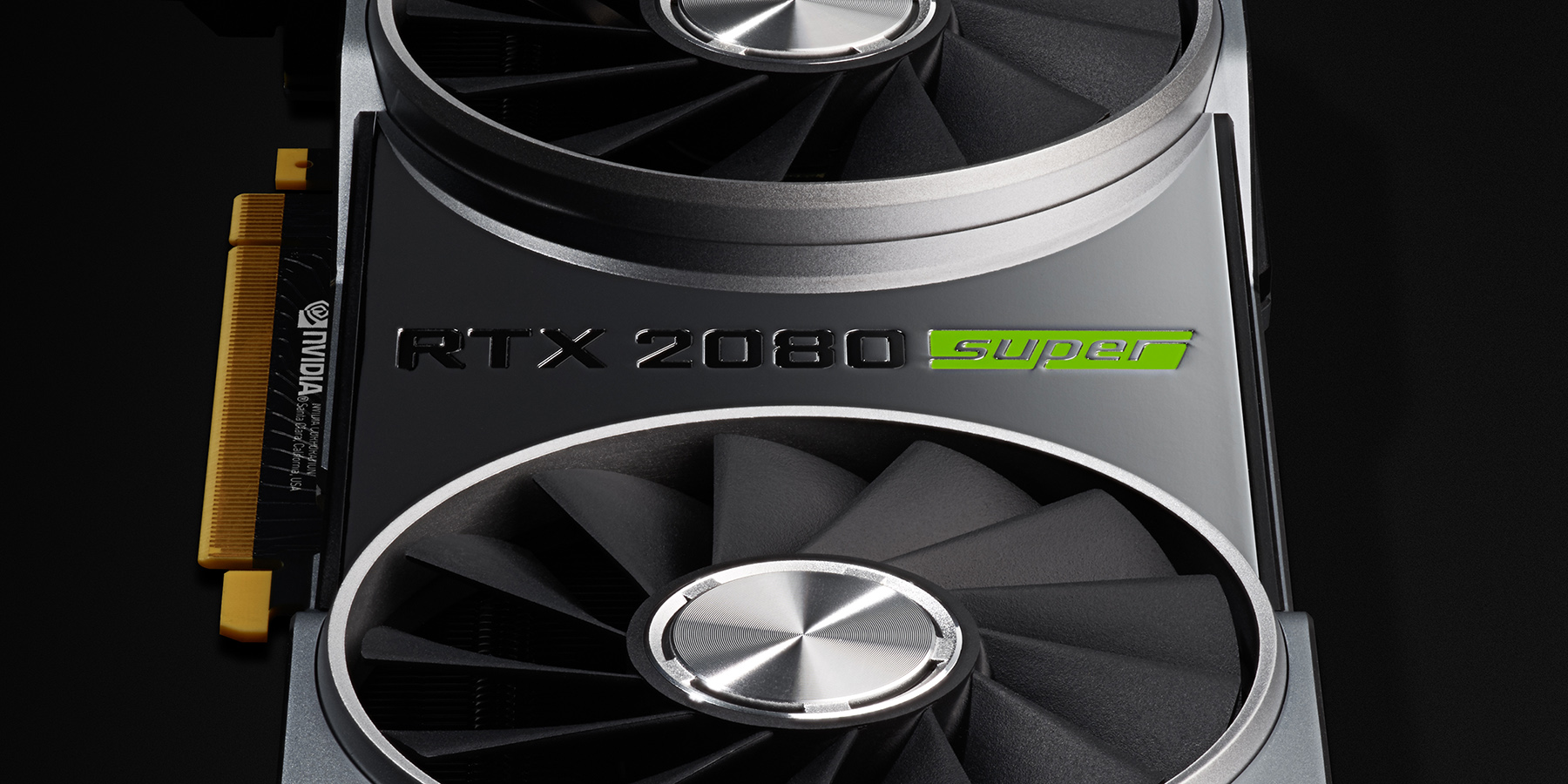 Then come the claims: NVIDIA says the new card is "faster than the Titan Xp." On paper, that might seem spurious. In terms of quoted power, (12.1TFLOPS for the Xp versus 11.1TFLOPS for the 2080 Super) it isn't, and despite the memory improvements, there's a 50GB/s decrease in bandwidth as well. However, the Titan Xp is built on NVIDIA's last generation architecture, Pascal, and it's likely the claim comes from in-game performance in modern titles.

Here's one last curio for you: Despite the changes to the hardware, NVIDIA is quoting the same "8 Giga Rays per second" figure for both the original and new 2080. Fair play to NVIDIA for being consistent on using overly broad rounding when it comes to ray tracing, even when it's to its detriment. On paper, we'd expect to see an RTX performance uplift somewhere between five and 10 percent, so that's something to keep an eye on when reviews of the 2080 Super start rolling in. And you won't have to wait long for that, as these cards are coming in hot.

The RTX 2060 Super and RTX 2070 Super will both be available from July 9th, with the RTX 2080 Super following on July 23rd. Here's what the RTX line-up will look like then, according to NVIDIA:

The old-school RTX 2060 is ominous in its lack of... Super-ness, right? If we had to guess, we'd say NVIDIA was considering retiring it along with the 2070 and 2080, but decided otherwise. The RTX 2060 is, by all accounts, a great seller, and NVIDIA probably felt it needed to keep a card with its flagship branding at that price point, given AMD's new RX 5700 is launching at $379.

Will we see a 2080 Ti Super edition? Well, that depends on how hard AMD can push its new "Navi" GPUs. The initial cards based on the new architecture are mostly priced to compete with the 2060 and 2070, which is where NVIDIA has really focused on with this update. The 2080 Super was simply a necessity, given how similar the new 2070 is to the original 2080.

If AMD can produce a new flagship card that gets anywhere close to the performance of the 2080 Ti, you can bet NVIDIA will respond. It wouldn't even be a difficult task: The 2080 Ti leaves around 10 to 15 percent of raw performance on the table when compared to a fully configured workstation RTX card.

Away from fantasy land, NVIDIA's tweaks here generally make a lot of sense. They address a common complaint about its line-up: Unless you're into ray tracing, the 2070 and 2080 just aren't a big upgrade over the last generation in terms of price versus performance. The 10- to 15-percent gain in performance with the Super editions changes that. And of course, these new cards combat AMD's aggressive pricing on its RX cards quite nicely, too. The 2080 Super might need come down in price a bit if AMD enters that range, though.

The first batch of Navi RX cards are due July 7th, and the 2070 Super and 2080 Super arrive two days later. Spec sheets can only tell you so much, and we have a busy time ahead of us putting all these cards through their paces, so stay tuned for our analysis on real-world performance in the coming weeks.

Update: 7/7 is in fact July 7th, not June 7th as the article originally stated.