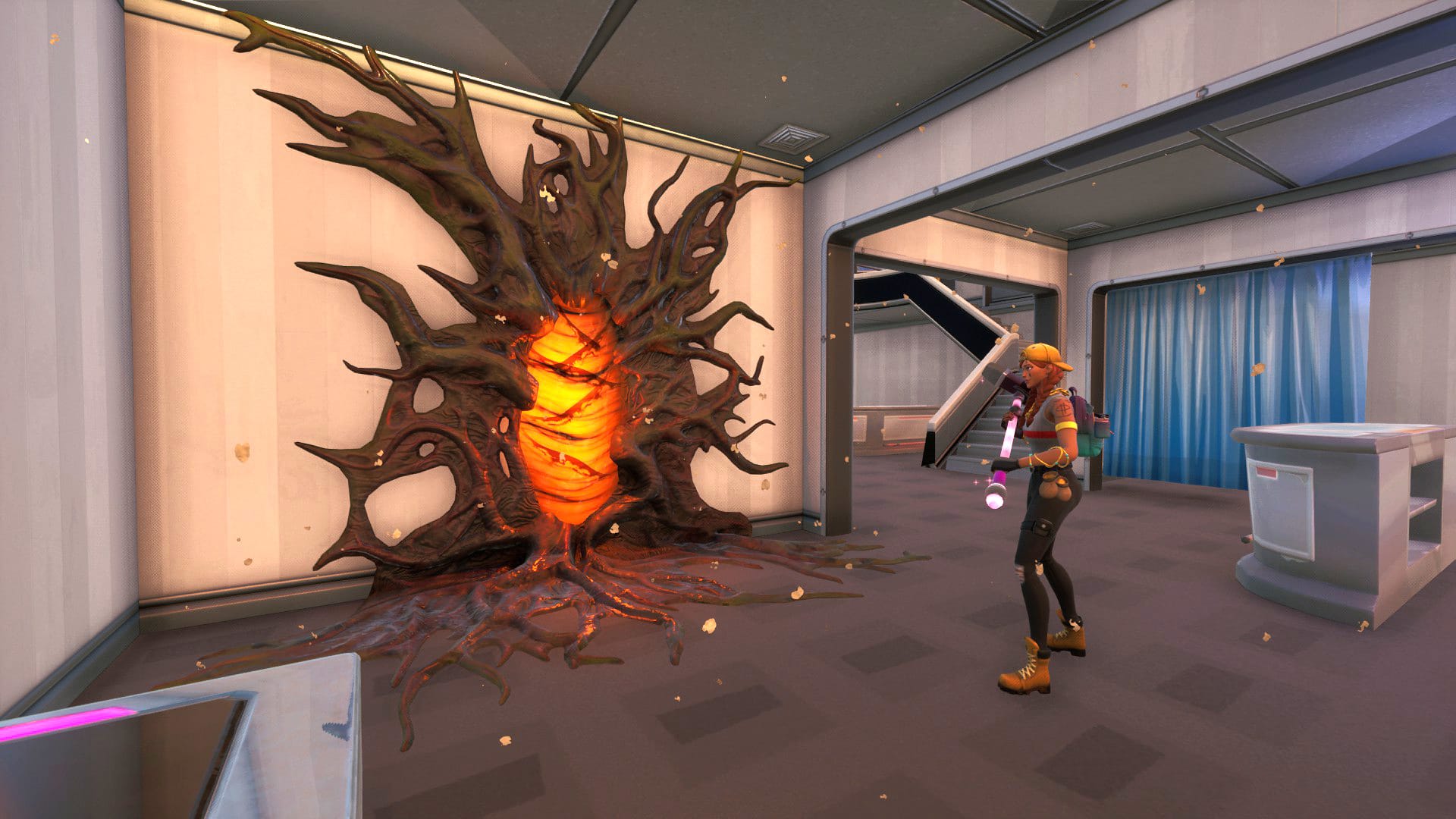 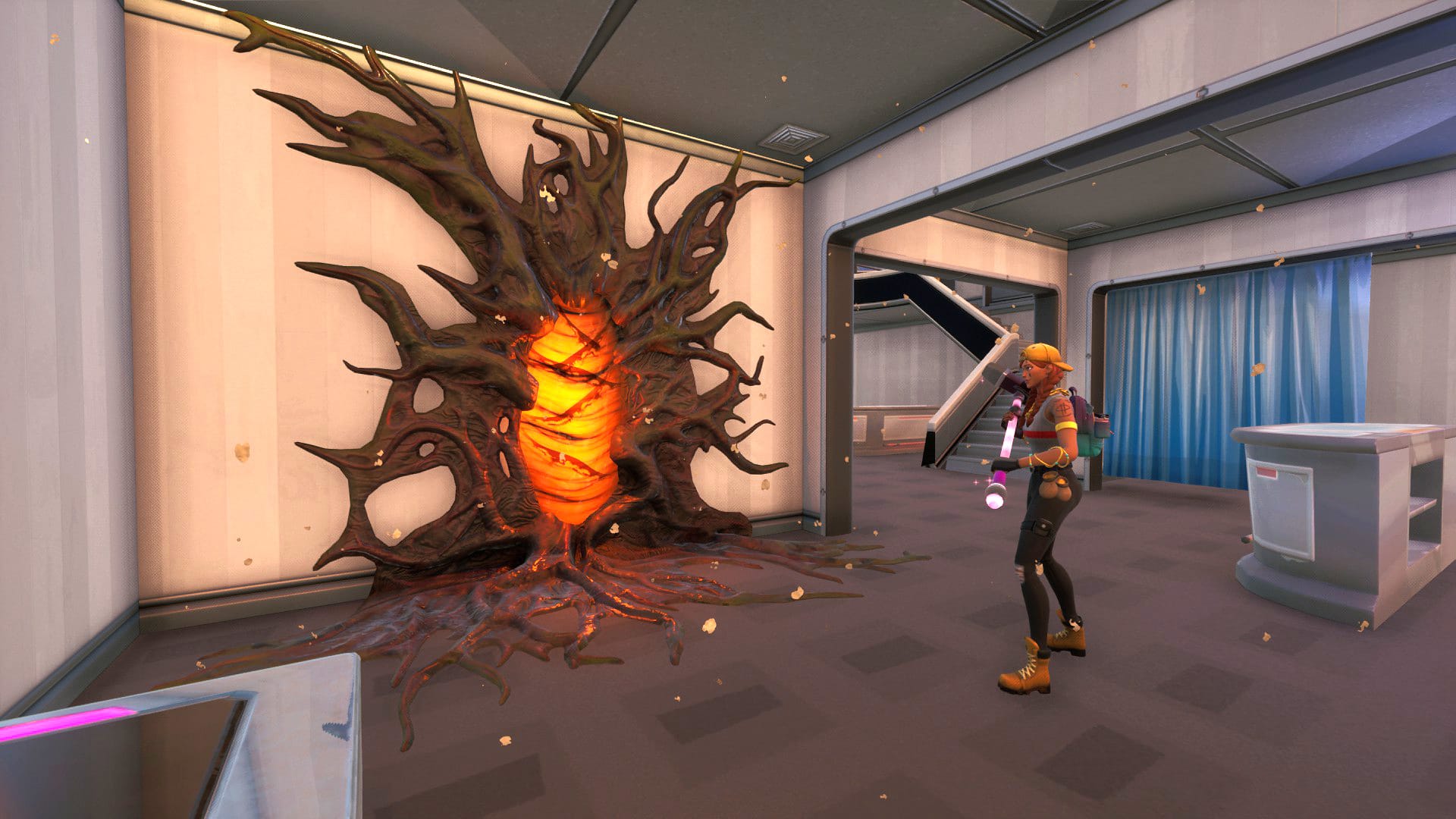 Fortnite is no stranger to big-budget entertainment collaborations. It's already welcomed Iron Man, Thor, Captain America and Hawkeye as part of its Endgame mode and let players stealthily assassinate their rivals via its recent John Wick partnership.

For a while now, Epic Games has teased the introduction of something a little more paranormal as part of a tie-in with Netflix's Stranger Things. With Season 3 of the smash TV series only a day away, the Fortnite world has become a touch more threatening, with dark portals appearing in the games' popular Mega Mall area.

If you head to Mega Mall's....er, Mall, you'll find Gates -- complete with floating spores -- attached to the walls of various stores. Unlike the TV show, they don't take you into the Upside Down, at least at the moment, but instead transport you to another part of the mall itself.

Although the Gates have only appeared today, Fortnite has hosted a Scoops Ahoy store for nearly two months. Scoops Ahoy is the name of the ice cream parlor inside Starcourt Mall that Steve Harrington and new character Robin work at in the third season of the TV show. Starcourt Mall will open in summer 1985, which is the year in which the new season is set.

In a further nod to the series, small consumable ice creams are dotted around Mega Mall, granting +5 health for every one eaten.

Although Epic Games has yet to confirm the crossover, it's likely that the portals and ice creams won't be the only Stranger Things elements you'll see in game. If the Avengers: Endgame and John Wick limited-time modes were anything to go by, we'll likely see an Upside Down-themed world and various in-game emotes and skins hit the store.

We demand a Hopper skin and his iconic Season Two shuffle, just sayin'.

In this article: av, entertainment, epic games, fortnite, gaming, internet, netflix, scoops ahoy, stranger things
All products recommended by Engadget are selected by our editorial team, independent of our parent company. Some of our stories include affiliate links. If you buy something through one of these links, we may earn an affiliate commission.