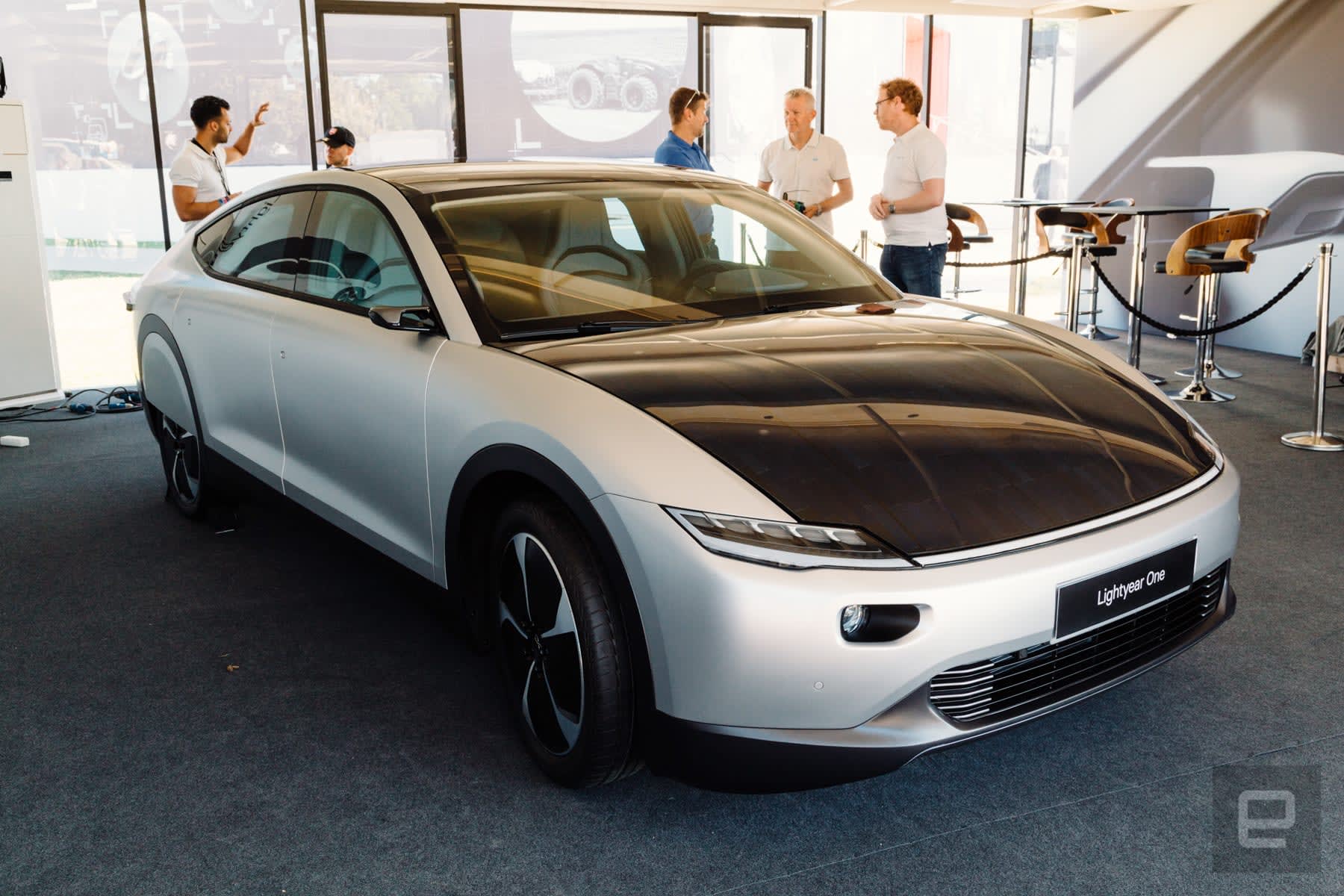 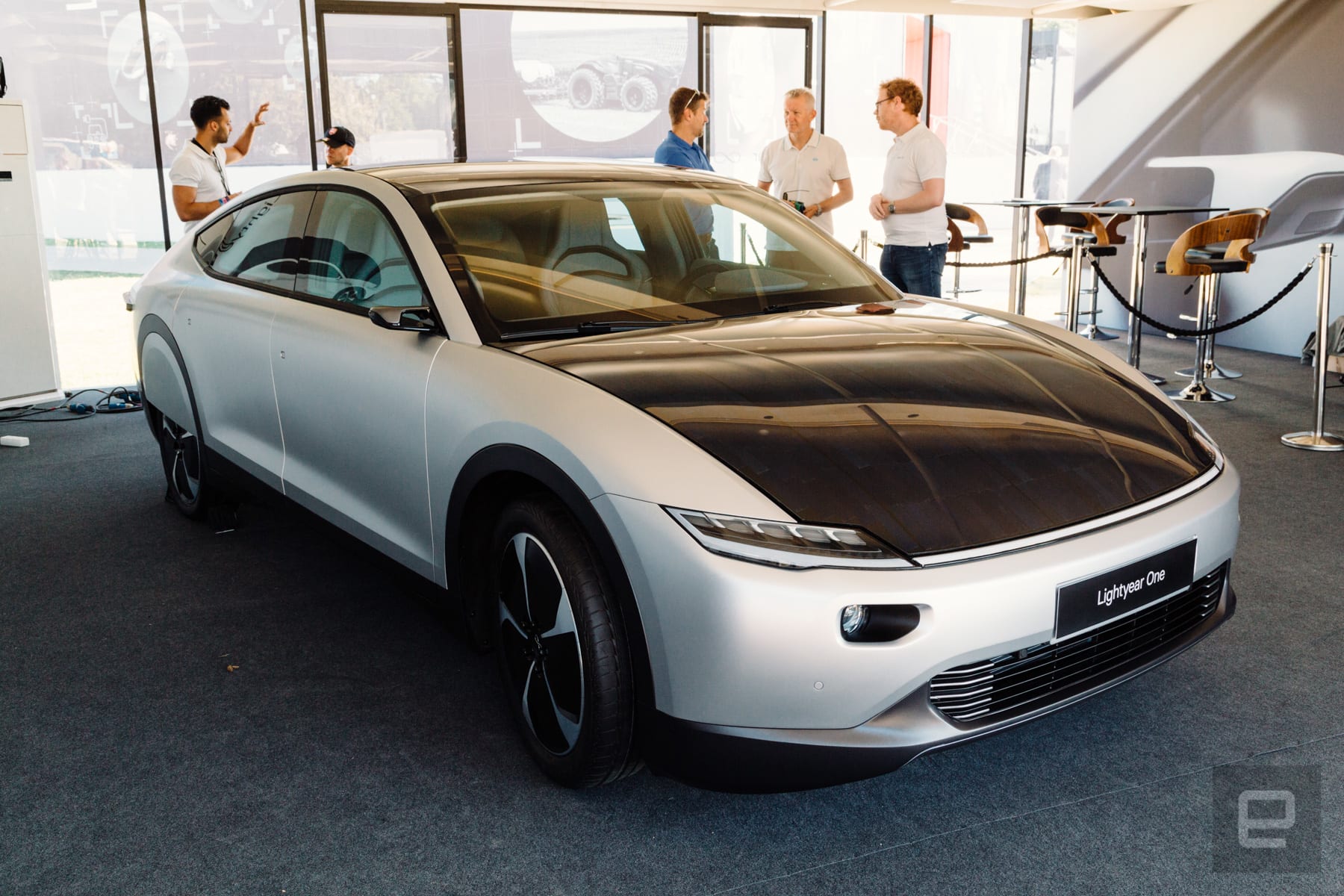 The Lightyear One is long. Really long. The length and sloping roof make sense, though, once you realize the entire vehicle is powered by the sun. Together, the roof and hood offer a staggering five square meters of integrated solar cells underneath a safety glass which, the company promises, is strong enough for a clumsy adult to walk on without making dents. I wasn't able to test this claim at the Goodwood Festival of Speed, unfortunately. But early in the morning, before the car-loving masses had shown up, I was able to sit and truly admire its unusual profile for a while. For that price, though, you get a car with a 725KM (450 miles) range. Lightyear, a Dutch company founded by former winners of the World Solar Challenge, claims the car can reach 800KM (497 miles) depending on where and how you drive. "On its own, that's carefree driving for the entire length of the Camino de Santiago de Compostela or from Cape Town, South Africa to Grunau, Namibia," the company boasts. If the sun is out, you can also fill the car's battery with up to 12 km of range every hour.

You can charge the car's built-in battery like a conventional EV, too. But the main draw, of course, is the free solar charging. Lightyear hopes that future models -- the Lightyear Two or Three, perhaps -- will be dramatically cheaper and, like the Tesla Model 3, more attainable for the average consumer. Then, the company can pitch its vehicles as an investment that will, over time, be more cost effective than a similarly-priced EV.

For now, though, I can only judge the car in front of me. It's certainly luxurious -- the doors, for instance, are tiny buttons that are activated with some kind of wireless key. Like Honda's e Prototype, the car also uses cameras instead of traditional wing mirrors. The interior, meanwhile, is peppered with screens that double as digital speedometers and will, according to the company's website, support both Apple CarPlay and Android Auto. I wasn't allowed to step into the car -- my dust and dirt-covered sneakers were probably to blame -- but I peeked my head in and imagined what it would be like to drive this car or be chauffeured around like the tyrannical Mr. Burns or Lady Penelope from Thunderbirds.

Can I recommend the Lightyear One? Absolutely not. But I'm glad that at least one company is taking solar seriously at the moment. It could prove useful if our planet (and society) spirals into Mad Max-style desert anarchy.

Source: Lightyear
In this article: goodwood, goodwood festival of speed, lightyear, lightyear one, solar, solar power, tomorrow, transportation
All products recommended by Engadget are selected by our editorial team, independent of our parent company. Some of our stories include affiliate links. If you buy something through one of these links, we may earn an affiliate commission.