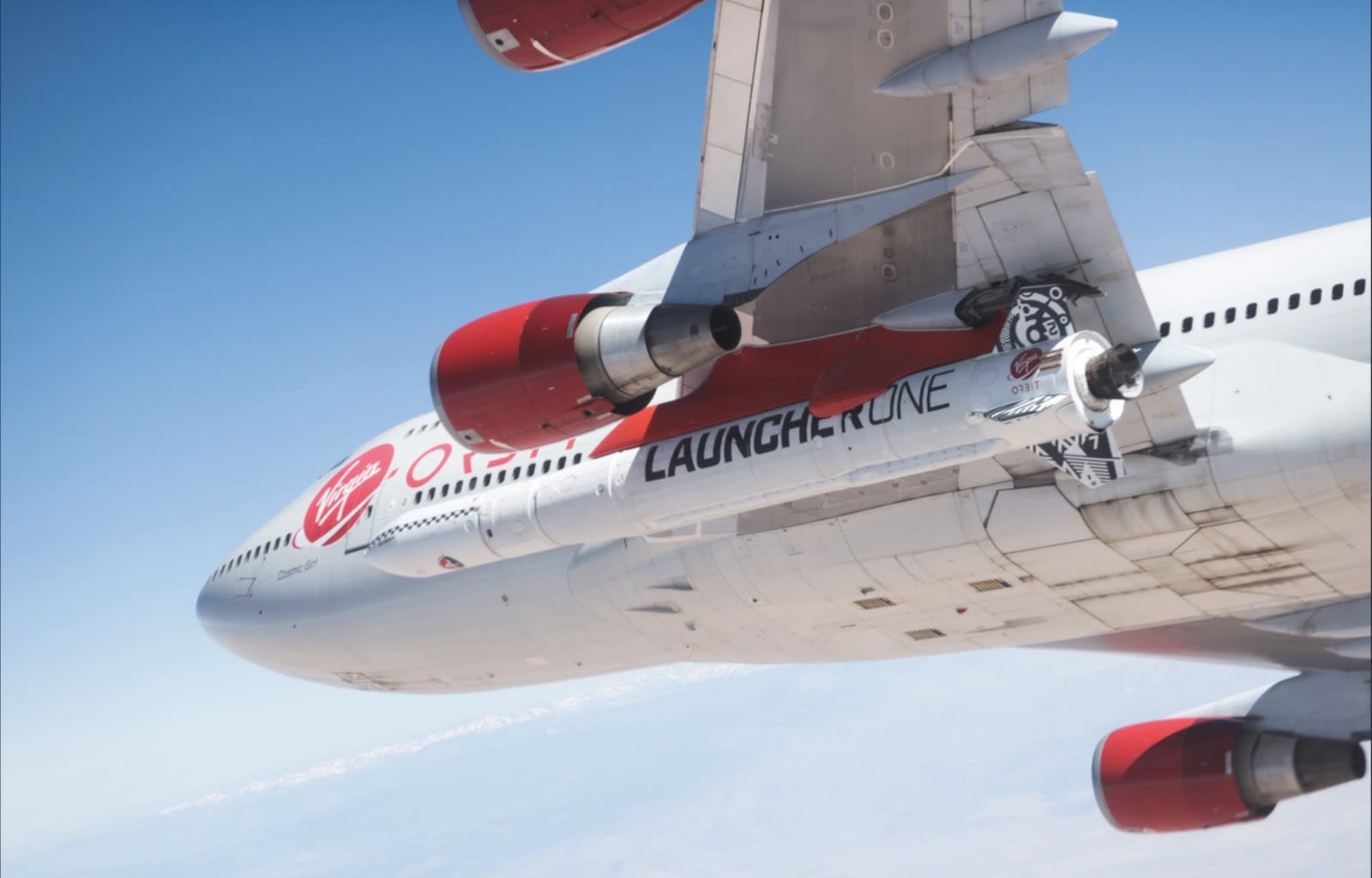 Virgin Orbit has gotten the thumbs up to conduct the LauncherOne system's first drop test, and it can happen "in the very near future." The Virgin Group's launch services company has successfully completed its final captive carry flight test, almost eight months after the first time its carrier aircraft Cosmic Girl flew with a 70-foot-long rocket strapped under its wing. Now that it's done with captive carry tests, the company is moving on to the next phase: air-dropping the LauncherOne rocket from an altitude of over 30,000 feet.

Ever wonder what #LauncherOne looks like from Cosmic Girl's perspective? Here's some more footage from our most recent captive carry flight test, featuring never-before-seen angles of our flying launchpad. pic.twitter.com/IqMNi5mK2x

In fact, Virgin Orbit will release a fully built and fully loaded LauncherOne during that flight. The company says it will be gathering data on a lot of things, but the first drop test is mostly about the first few seconds after release. It's how the company can find out whether the rocket can cleanly break free from its carrier aircraft, a modified 747, and how it can observe the LauncherOne free falling through the air.

"This upcoming drop test is a huge deal for our team. It represents the last major step of a development program we began in 2015, focused not just on designing a rocket but proving it out alongside the modified 747 that serves as our flying launchpad," Virgin Orbit wrote in its announcement.

While there's no definite date for the launch yet, the company's carrier aircraft and test rocket are ready to go anytime. Virgin Orbit is just coordinating with authorities to secure the airspace over the Edwards Air Force Base before announcing when the flight will take place.

Source: Virgin Orbit
In this article: launcherone, space, tomorrow, virgin orbit
All products recommended by Engadget are selected by our editorial team, independent of our parent company. Some of our stories include affiliate links. If you buy something through one of these links, we may earn an affiliate commission.