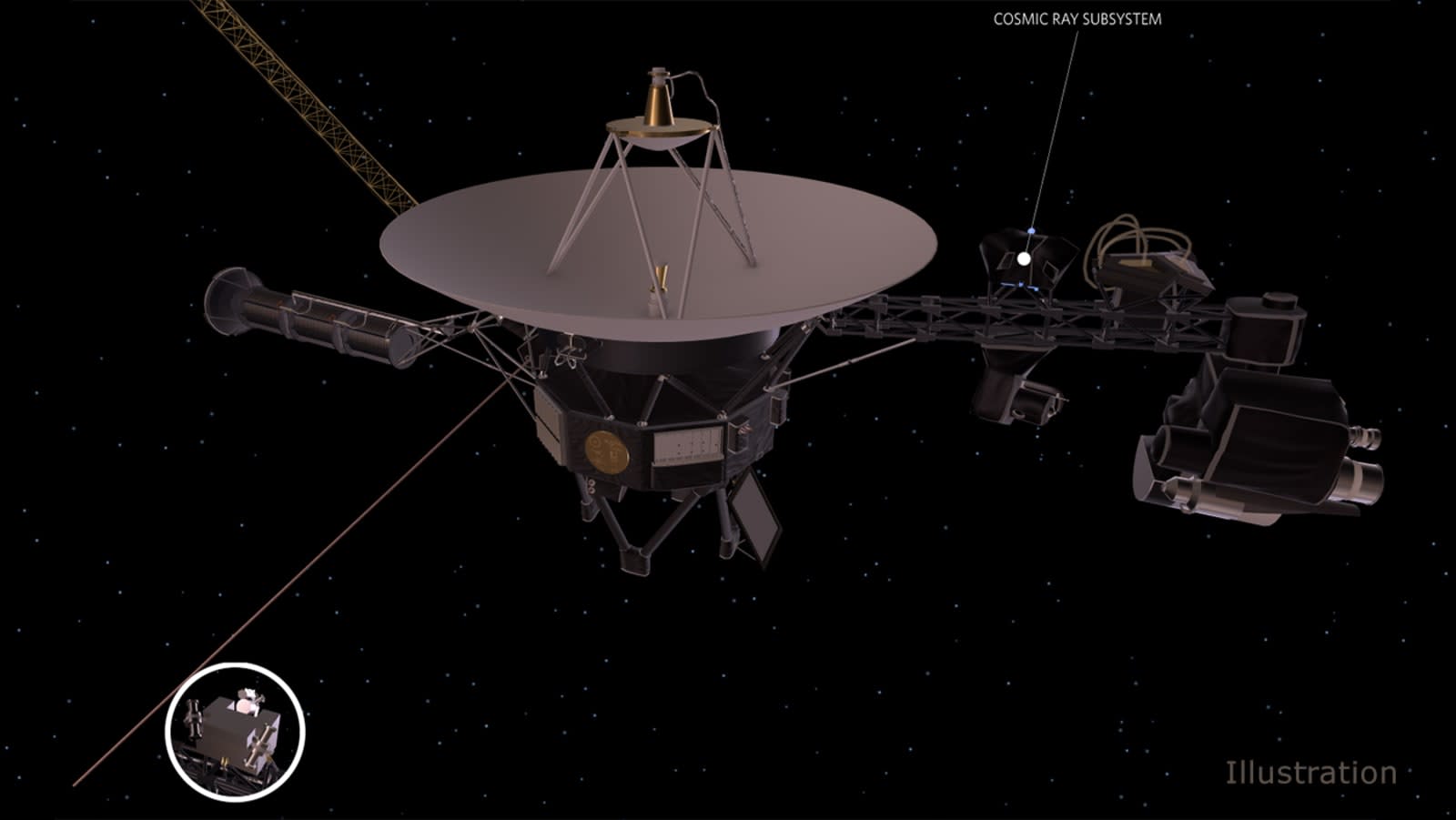 NASA's Voyager probes are still out there, exploring interstellar space 42 years after they left our planet. To keep them running all these years with generators that are 40 percent less powerful than they were decades ago -- and which are producing less and less energy over time -- the agency had to sacrifice some of their parts and components. In fact, the mission managers have recently switched off the heater for Voyager 2's cosmic ray subsystem instrument (CRS) as part of their new power management plan.

The probe's cosmic ray system played a key role in confirming that Voyager 2 left the heliosphere in November, and it remains useful to this day. Since it was designed to detect fast moving particles both from the sun and from sources outside our solar system, it continued sending back data even after it entered interstellar space.

That's why the managers held extensive discussions with the science team before deciding to switch off the instrument's heater, which is necessary to keep it from freezing. In the end, everybody decided that it's the component to sacrifice at this point in time, because the CRS can only look in certain fixed directions. Thankfully, that didn't spell instant death for the cosmic ray instrument. The team has confirmed that it's been sending back data even after its temperature dropped to minus 74 degrees Fahrenheit and even though it was tested at temperatures dropping only to minus 49 degrees Fahrenheit decades ago.

Voyager Project Manager Suzanne Dodd said it's "incredible that Voyagers' instruments have proved so hardy." She added: "We're proud they've withstood the test of time. The long lifetimes of the spacecraft mean we're dealing with scenarios we never thought we'd encounter. We will continue to explore every option we have in order to keep the Voyagers doing the best science possible."

As another example of the probes' need to adapt to circumstances to keep going, Voyager 2 has fired up its correction maneuver thrusters on July 8th, 30 years after it was last fired. Its attitude control thrusters are old and haven't been working as well, requiring the probe to fire an increasing number of pulses to make sure its antenna keeps pointed at our planet. Now, the spacecraft has switched thrusters like the Voyager 1 did in 2018, and will be using them to correct its orientation.

Source: JPL
In this article: gear, nasa, space, voyager
All products recommended by Engadget are selected by our editorial team, independent of our parent company. Some of our stories include affiliate links. If you buy something through one of these links, we may earn an affiliate commission.