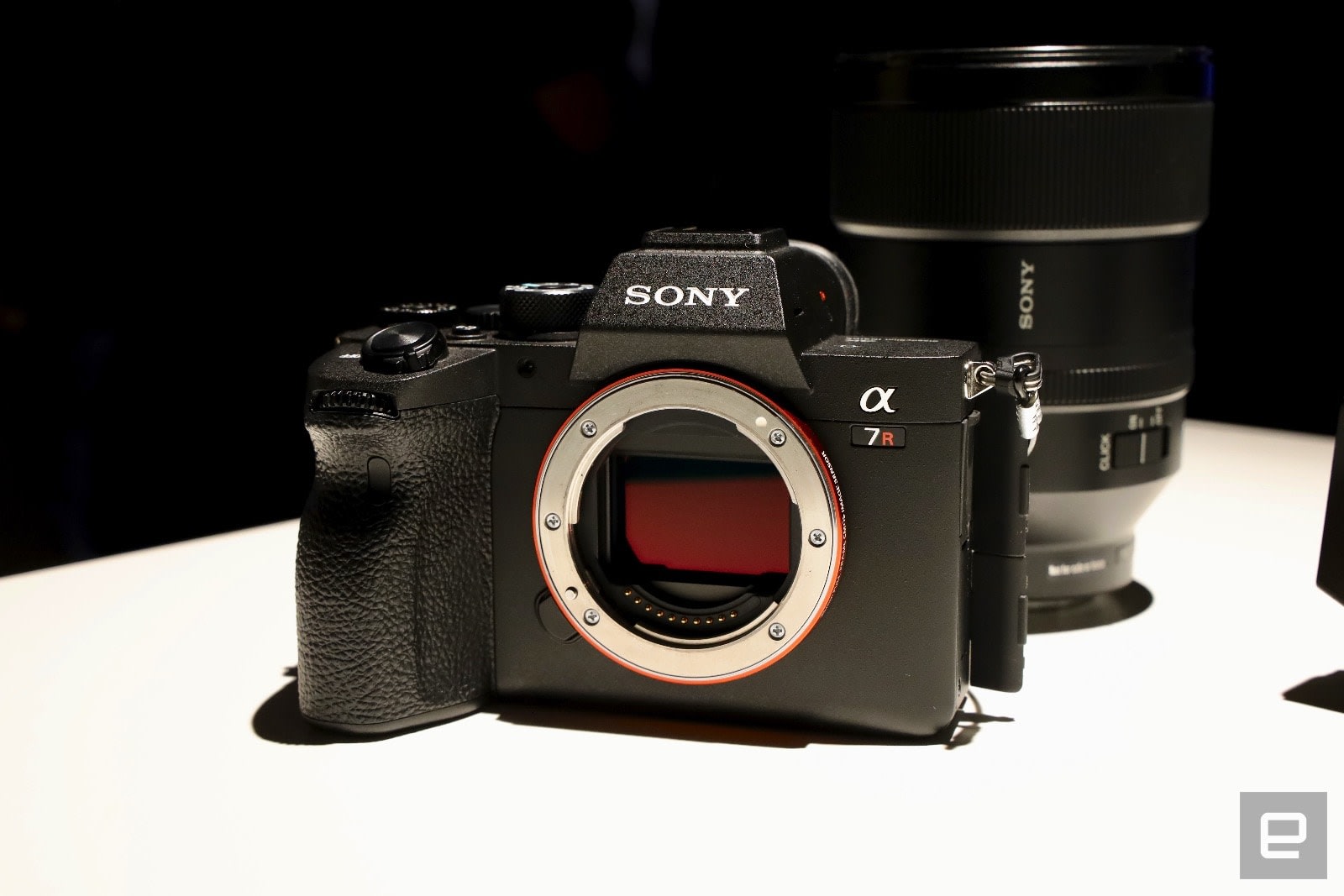 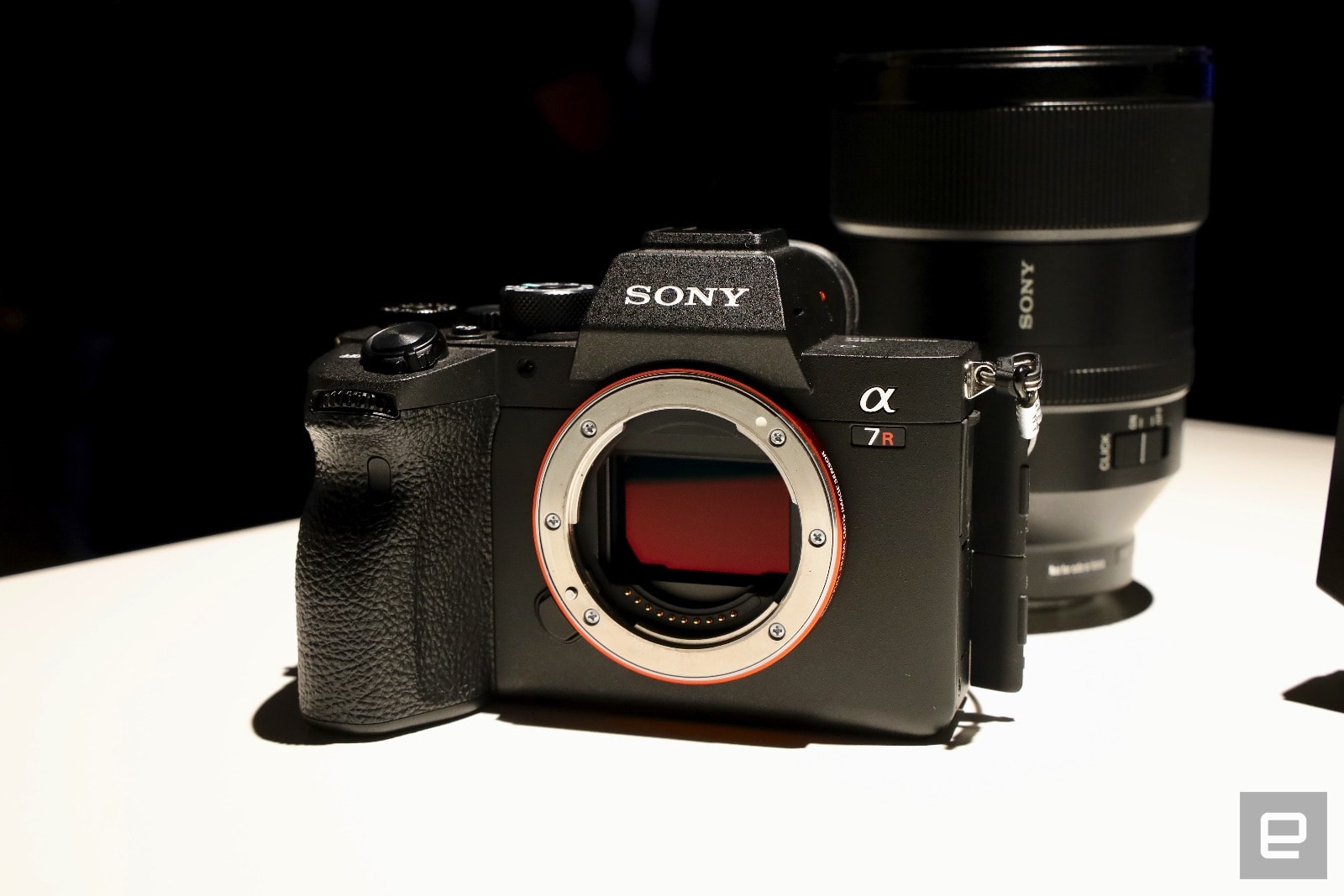 The successor to Sony's highly acclaimed A7R III has arrived. Today, at an event in New York City, the company introduced its A7R IV, a full-frame mirrorless camera that comes with a whopping 61-megapixel Exmor R sensor. Sony says this new shooter is all about offering "medium-format-level" image quality in a package that's both compact and lightweight. In addition to that pixel-packed sensor, the A7R IV features a 15-stop dynamic range, ISO sensitivity up to 32,000, continuous shooting up to 10 frames per second (with auto-focus and auto-exposure tracking) and 567 phase-detection points cover around 74 percent of the frame. Simply put, this thing is a powerhouse.

Naturally, as is the case with most of Sony's mirrorless line, the A7R IV is geared toward photographers and videographers alike. You'll get 4K movie-recording with S-Log2/3 and HLG support and, for the first time, real-time Eye auto-focus. Sony's also added a multi-interface shoe for a new shotgun microphone, which is designed to record "high quality" digital sound -- most cameras nowadays capture analog audio via 3.5mm jacks, so this is a completely fresh feature of the A7R IV. Speaking of, connectivity-wise, you'll find access to USB Type-C and dual UHS-II SD card slots. 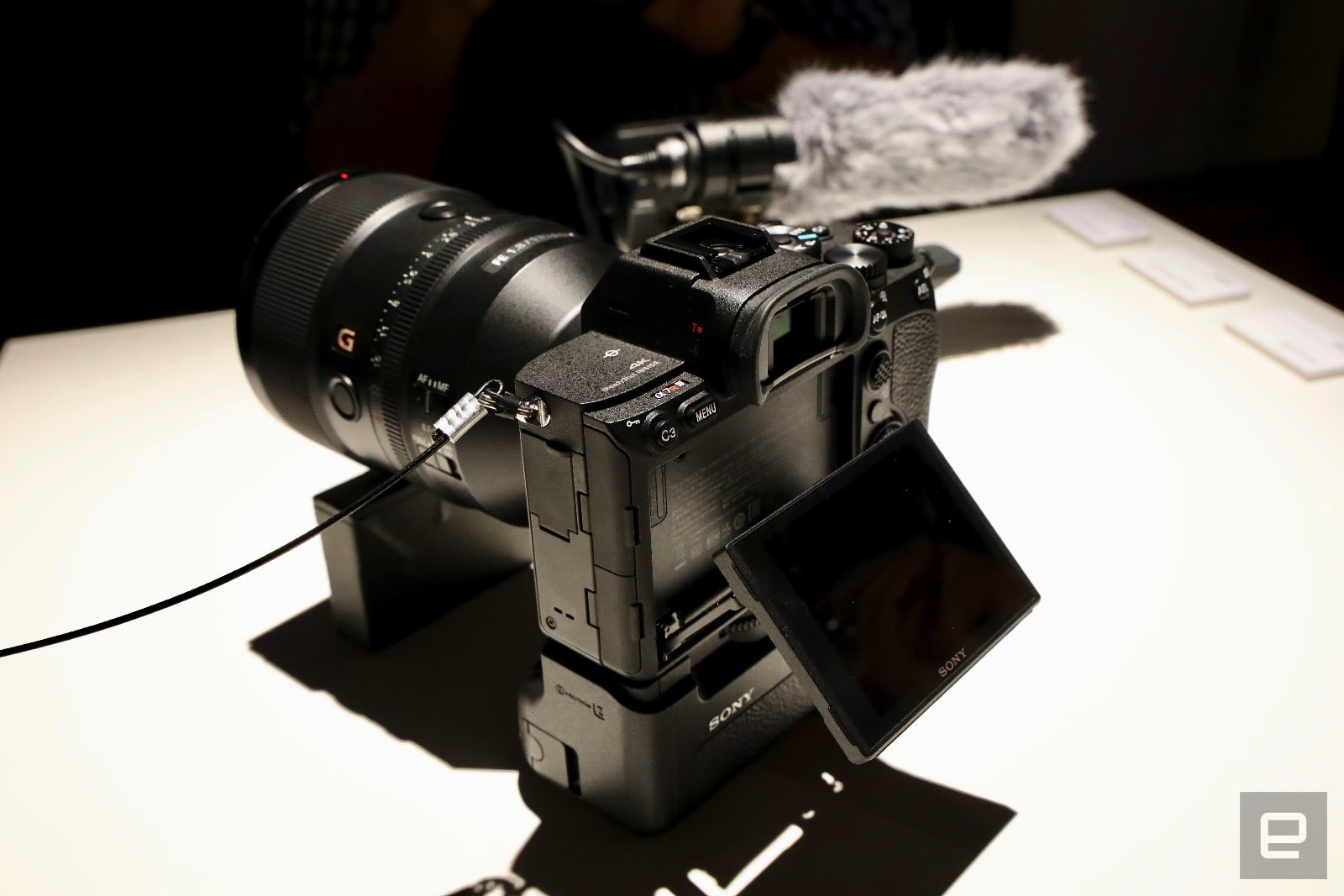 Other features you're going to care about are the in-body 5-axis image stabilization, 5.76-million-dot UXGA OLED viewfinder, improved dust and moisture resistance and the upgraded grip that should make the A7R IV more comfortable. Compared to the A7 III, you'll definitely notice the difference at soon as you pick up the new camera, since the grip is larger and deeper. At first glance, the A7R IV seems to be a worth follow-up to the A7R III, which is one of Sony's most popular full-frame mirrorless cameras. That said, there are missing features here that some people may wish they had, like a selfie-friendly LCD screen on the back and support for 10-bit video, to mention a couple.

Sony says that when it introduced its super sharp G Master lenses in 2016, it did so with the intention to one day match the performance and image quality potential of its future full-frame mirrorless cameras -- and the A7R IV is that future. We'll be judges of that soon. For now, you should know the A7R IV is set to arrive in September for $3,500 (body-only), while the ECM-B1M digital shotgun mic will be available at the same time for $350. 12
In this article: a7r iv, camera, cameras, entertainment, full frame, full-frame, gadgetry, gadgets, gear, hands-on, mirrorless, mirrorless camera, sony, sony a7r, sony a7r iv, sony alpha
All products recommended by Engadget are selected by our editorial team, independent of our parent company. Some of our stories include affiliate links. If you buy something through one of these links, we may earn an affiliate commission.