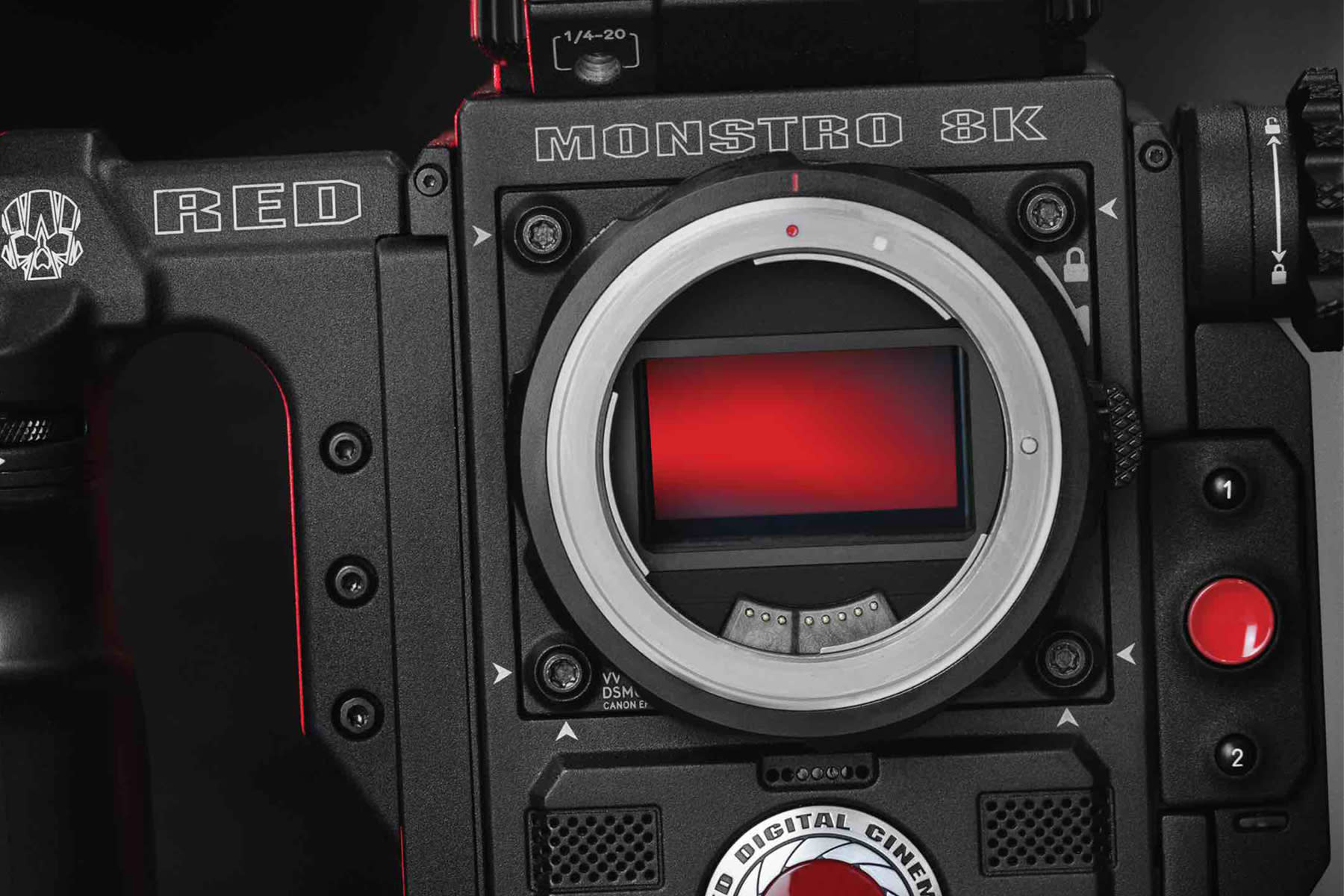 Video creators are using everything from Sony’s A7 III to RED’s Monstro 8K.

It's easy to forget that for some of the world's biggest YouTube creators, their rise to internet stardom all started with making videos on a webcam. That's exactly how people like Marques Brownlee (aka MKBHD) and Justine Ezarik (aka iJustine), who now have more than 8 and 5 million subscribers, respectively, began their careers as YouTubers almost a decade ago. But for both of them, gone are the days of using a webcam to create video content. As technologies such as full-frame mirrorless cameras, 4K and 8K have emerged, so too has Brownlee's and Ezarik's desire to up their production value -- especially since their channels focus on consumer electronics.

In 2019, videos from Ezarik and Brownlee can rival quality from TV shows and films, thanks to their investment in cameras like Sony's A7III and RED's 8K-ready DSMC2 Brain. The latter is a $60,000 system, which shows just how serious Brownlee is about the videos he makes. And Ezarik and Brownlee aren't the only ones trying to push the envelope for YouTube creators. Jacques Slade, whose channel about sneakers and tech has more than 1 million subscribers, works with a camera setup that consists of three Sony A7 IIIs. Popular YouTuber Casey Neistat, meanwhile, switches among a Canon 6D Mark II DSLR and Sony's A7R II and A7S II full-frame mirrorless shooters.

It's clear there isn't a one-camera-fits-all solution for YouTube creators; they each have their own preference based on the brands they like, their audience and what they're shooting on any given day. For example, when Brownlee isn't using his RED 8K camera because he needs a smaller and lighter shooter, he'll jump to the Canon EOS-1D X Mark II. That's a long way from the webcam he started with on YouTube in 2009. To learn more about Brownlee's and others' choices, we spoke to some of the world's biggest YouTubers, who talked about the cameras they started with, what they're using now and what they recommend for newcomer creators.

Neistat says he likes to use Sony's full-frame mirrorless cameras when 4K "is a priority." But for most other things, he still prefers the 6D Mark II ($1,499) and EOS-1D X Mark II ($5,499), because he loves Canon's "color profile." He says he also appreciates the form factor of Panasonic's Lumix cameras and that flip-out screens are a must for any YouTube creator. That's actually the biggest complaint that many of the YouTubers I spoke to had -- that Sony's full-frame mirrorless cameras lack a flip-out LCD. But their hope is that the company will take that feature into consideration in future models.

Of course, with Neistat being one of the biggest YouTube creators, people looking to break into the space value his advice. For those who want to start a channel, he says he'd recommend Canon's EOS 70D or Sony's a6300 ($748). Most importantly, he adds, what matters is that you "hold the camera steady!" Jacques Slade, aka Kustoo, is arguably the best YouTuber covering sneaker culture, thanks to his broad knowledge of the industry and, naturally, the high quality of his videos. He says he's into the Sony A7 III ($1,998) because it gives him the ability to shoot in 4K as well as slow motion at 120 frames per second. Slade says that if the A7 III had a flip-out screen, there would be "no reason for [YouTube creators] to get any other camera."

Slade, who has been shooting videos on YouTube since 2009, says the reason Sony has been able to win over the YouTube community is because the company gave them what they were looking for: compact cameras with pro-level sensors. "Sony [is] giving [creators] the features that they really want and need," he says, adding that Canon "just kind of held off" on things like 4K and that's what led so many people to make the switch from its EOS line. Aside from her Sony full-frame mirrorless cameras, Ezarik says she's experimenting with the Instant 360 One X and DJI's Osmo Pocket ($349), which she likes to use for 360-degree and super wide-angle shots when she's away from her main studio. Brownlee says that while using a RED Monstro 8K is "totally overkill," he loves the production value he can create with that beast of a camera. He says the two main reasons he enjoys shooting with RED are "realism" and resolution. "As far as tech videos go, we try to present things as realistically as possible," Brownlee says. "So when I'm holding a phone in my hand in the video, it kinda looks like you're holding [it] in your hand." Like Brownlee, Kevin Kenson uses the RED Monstro 8K to make videos for his YouTube channel, with help from his producer Matthew Pierce. In addition to that $60,000 system, which they use with Zeiss Otus series lenses, Kenson and Pierce also rely on Sony's A7 III as travel and occasional secondary cameras.

"A lot of people misunderstand why YouTubers would even want to use a high-end system like RED," Pierce says. "It's not about the final product (which honestly can be almost indiscernible from the A7 footage); it's about the production flexibility." Pierce says that with the 8K RAW features from the RED Monstro, he can reframe, adjust white balance, change the ISO and control the color space -- all in postproduction. "It allows us to keep the production train moving without spending a lot of time on set dialing things in to being perfect," he adds.

Like many of her YouTube peers, Batoon recently made the switch to an all-Sony-mirrorless setup. Before that, she had been using Canon's EOS 80D ($999) and 70D DSLRs along with Sony's A5100 APS-C mirrorless. Batoon says that she felt it was the right time for her to "graduate my quality with the times," noting that the A7 III "seems to be everyone's saving grace." Now that she has the a6500 ($1,198) and A7 III, she says she's excited to shoot in 4K. "Just having the option to punch in and not lose any crispness of the focus is a huge win for me," Batoon says. While many YouTube creators are going all in on Sony's mirrorless cameras, Sam Sheffer says he has stuck with Canon because of "autofocus, colors and user interface." He says he has thought about Canon's new full-frame mirrorless offerings, the EOS R ($2,299) and EOS RP ($1,299) but that he's "not willing to make that sacrifice" due to their cropped 4K video features. Both the EOS R and EOS RP capture 4K with a 1.4 or 1.8x crop, and that's a big issue for videographers who want to get access to the full sensor.

As far as which camera he would recommend to anyone looking to start a YouTube career, Sheffer says a smartphone could be all they need. "Just start making," he says. "Your first few videos will suck (unless you're a savant, film student or have previous experience making stuff), [but] the important thing is to start making and getting better with each video." That said, Sheffer believes people get so caught up thinking about the gear they should use that "they lose sight of getting any actual videos made." That's why he recommends using whatever you may have at your disposal.

As cameras continue to get better, you can expect these YouTube creators to keep improving the quality of their videos, because it's clear they care deeply about their craft. And with some of them having millions of subscribers, that shouldn't come as a surprise to anyone. Still, as many of them would tell you, it's not only about the camera you shoot with but also the type of content you're making and how you use that to connect with viewers.