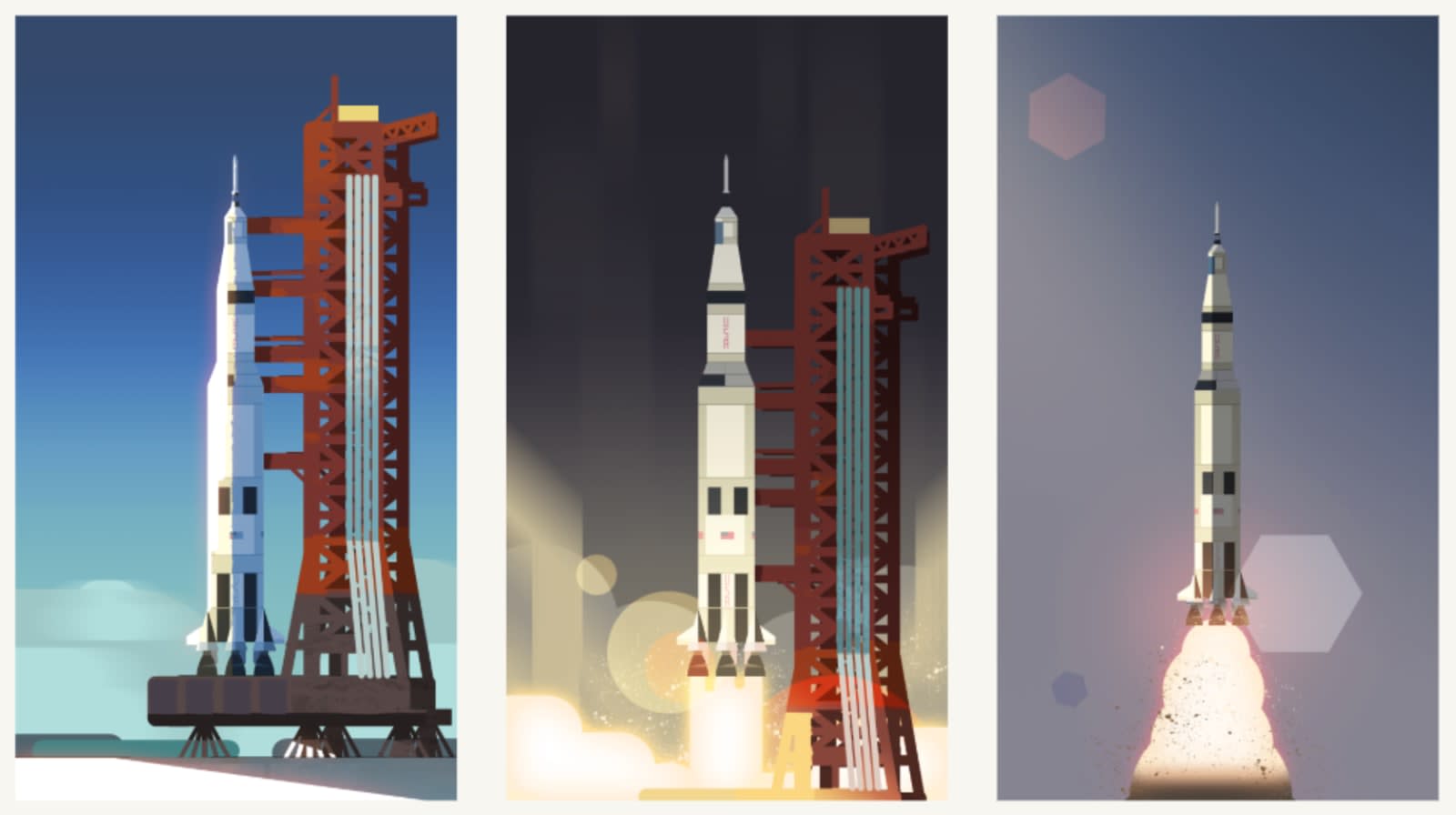 Google wouldn't let the 50th anniversary of the Apollo 11 moon landing go by without a Google Doodle. The company released its commemorative video Doodle today. The nearly five-minute animated clip follows Apollo 11 from launch, to the Moon and back, and it's narrated by someone with firsthand knowledge of the mission: Apollo 11 command module pilot Michael Collins.

If you want even more info, you can watch the "Behind the Doodle" video, which features video footage of the mission and interviews with the Doodle creators. Apparently Collins injected a few of his own thoughts, memories and added details into the script. "For one brief moment, the first lunar landing brought people from all over the globe," Collins said. "Instead of saying you Americans did it, they said we did it." The video reminds viewers that some 400,000 people supported the mission, and Google notes that the next giant leap is soon to come with NASA planning to put the first woman and the next man on the Moon by 2024.

Source: Google Doodles Archive
In this article: 50th anniversary, animation, apollo 11, av, entertainment, google, google doodle, internet, michael collins, moon, moon landing, nasa, space, video, video doodle
All products recommended by Engadget are selected by our editorial team, independent of our parent company. Some of our stories include affiliate links. If you buy something through one of these links, we may earn an affiliate commission.