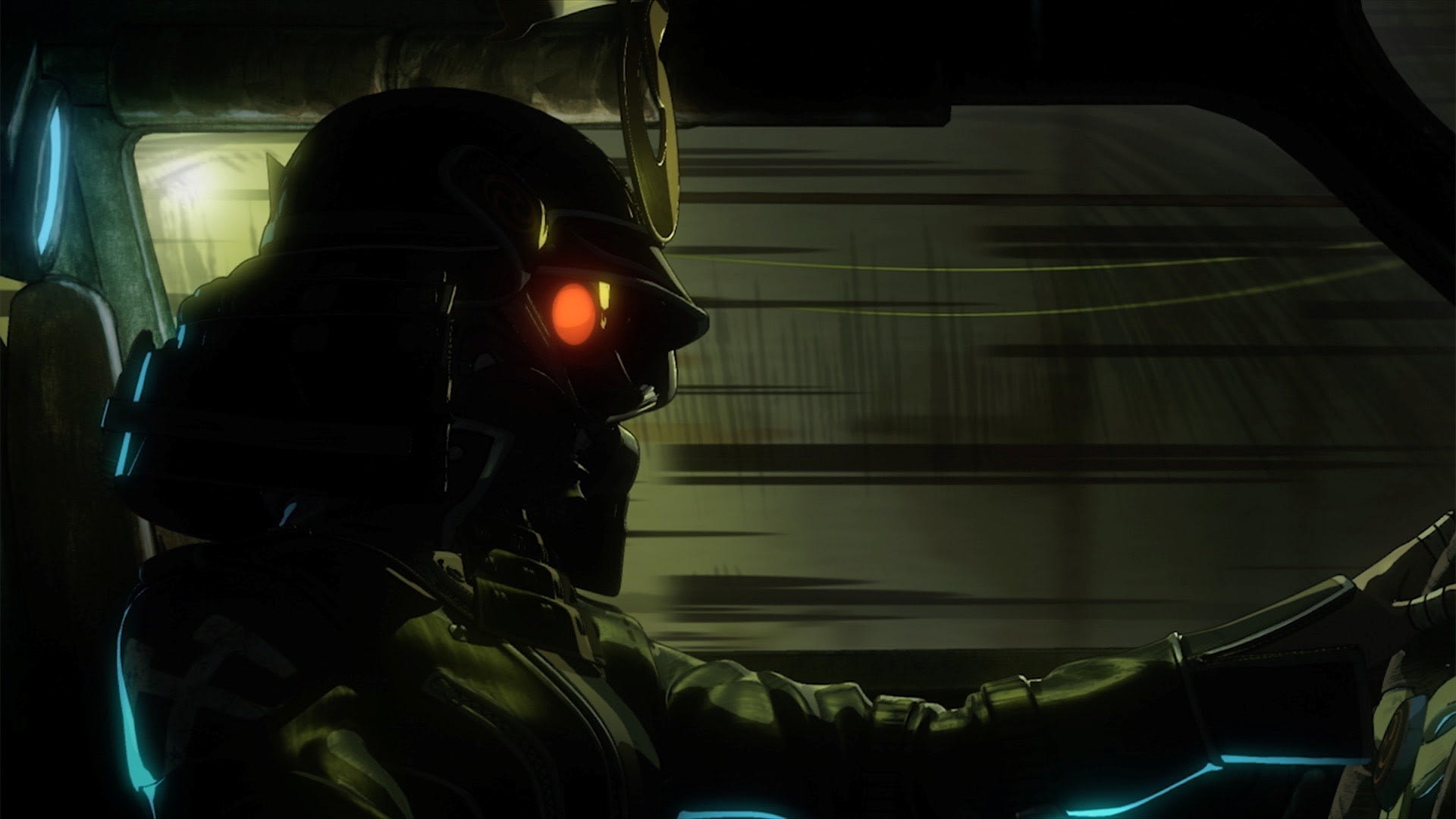 In one of the weirder artistic crossovers of the year, Grammy-award winning musician Sturgill Simpson is releasing an anime on Netflix.

Titled Sound & Fury, the film will be released this fall together with a new album of the same name. The film will be set to Simpson's music, with each song acting as the soundtrack for a different short anime segment.

The rock and country singer hasn't released a full album since 2016's A Sailor's Guide to Earth, but he was recently heard providing the theme song for Jim Jarmusch's The Dead Don't Die.

The anime is produced by Simpson and is directed by Jumpei Mizusaki. Mizusaki is known for his animation work on the Mega Man games and for directing the DC animated film Batman Ninja.

Other crew members on the project include Takashi Okazaki, creator of the manga Afro Samurai, who will be the character designer, and additional directors Masaru Matsumoto, Michael Arias, Henry Thurlow, Arthell Isom, and Koji Morimoto.

The announcement was made at San Diego Comic Con this weekend. Simpson described the inspiration for the project as serendipitous: "We went in without any preconceived notions and came out with a really sleazy, steamy rock n roll record. It's definitely my most psychedelic. And also my heaviest. I had this idea that it'd be really cool to animate some of these songs, and we ended up with a futuristic, dystopian, post-apocalyptic, samurai film."

Simpson isn't the only musician making films for Netflix. Recently Radiohead's Thom Yorke announced his new album ANIMA will also be released alongside a short film.

Source: Netflix
In this article: anime, art, entertainment, netflix, sound & fury, Sturgill Simpson
All products recommended by Engadget are selected by our editorial team, independent of our parent company. Some of our stories include affiliate links. If you buy something through one of these links, we may earn an affiliate commission.