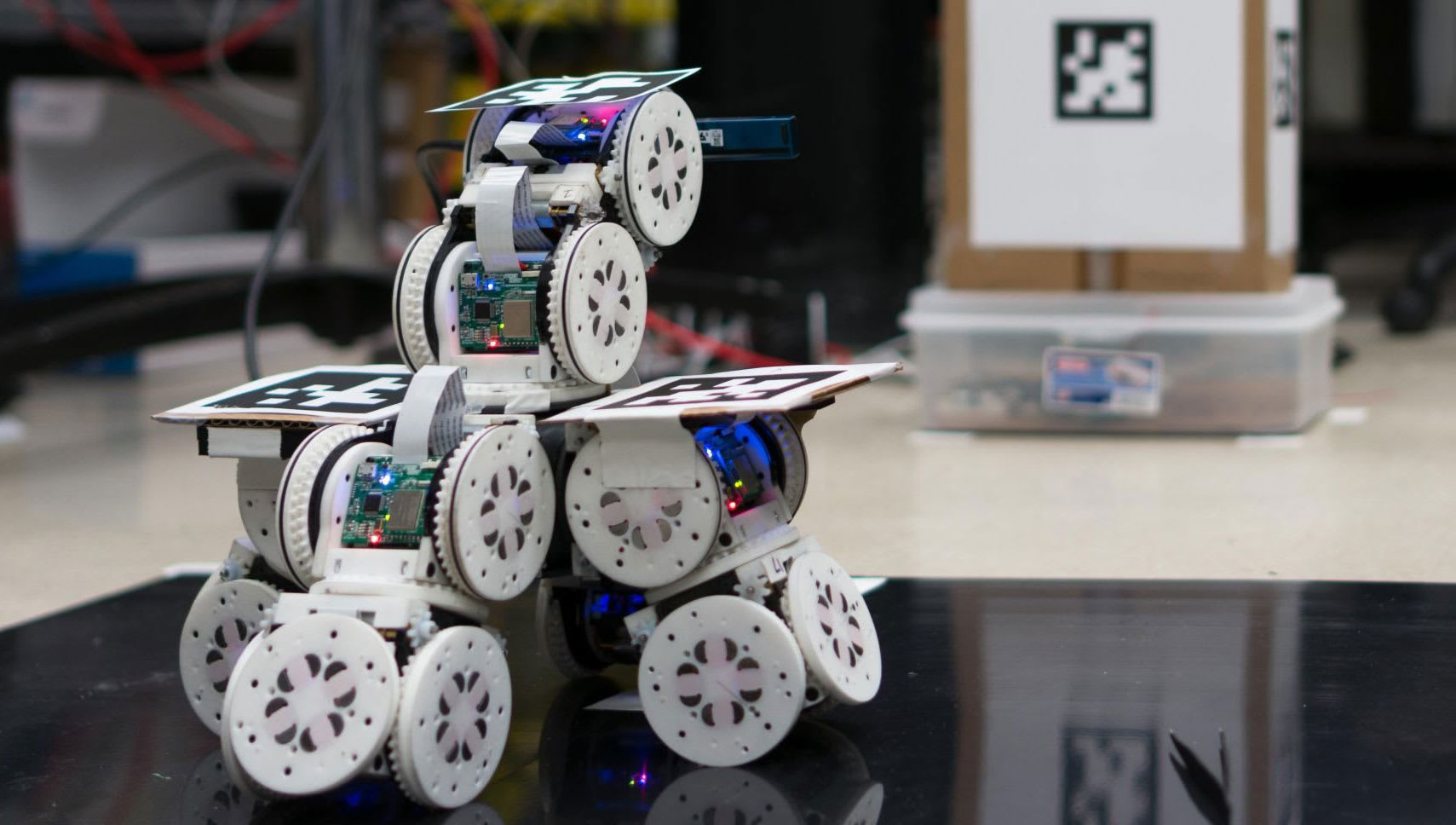 The idea of small robots teaming up to form one giant robot is commonplace in sci-fi shows like Voltron, and researchers are seeking ways to make that a reality. Now, modular robots have just become more intelligent, thanks to a project at ModLab at the University of Pennsylvania.

The SMORES-EP robots have wheels on each side which let them move in any direction and can communicate with each other by turning the magnets on their ends into short-range radios. Each module is equipped with four connectors, which means that two of the robots can be connected in 17 different configurations. This allows many units to come together to create one larger and more complex robot.

There's a challenge with configuring the modules, however. In order to change from one form to another, they need a plan of action for moving from their current placements to the new positions they need to occupy. To convert from a walking robot into a robot with an arm, for example, the modules need to be docked and undocked in a particular way.

The researchers calculated the most efficient way for the robots to reconfigure from their initial state to the goal state. Some configurations require modules to assist each other, with one module acting as a "helper" which moves another module into place so it can dock into its new position. Other configurations involve modules moving one at a time into a new shape.

Modular robots like these have the advantage of being more flexible and adaptable than standard robots, meaning they can repair themselves and cope with unknown environments. They could be useful for space missions and disaster scenarios or for acting as prosthetics for physically disabled people.

Source: ModLab
In this article: modlab, modular robots, robots, smores-ep, tomorrow, upenn
All products recommended by Engadget are selected by our editorial team, independent of our parent company. Some of our stories include affiliate links. If you buy something through one of these links, we may earn an affiliate commission.