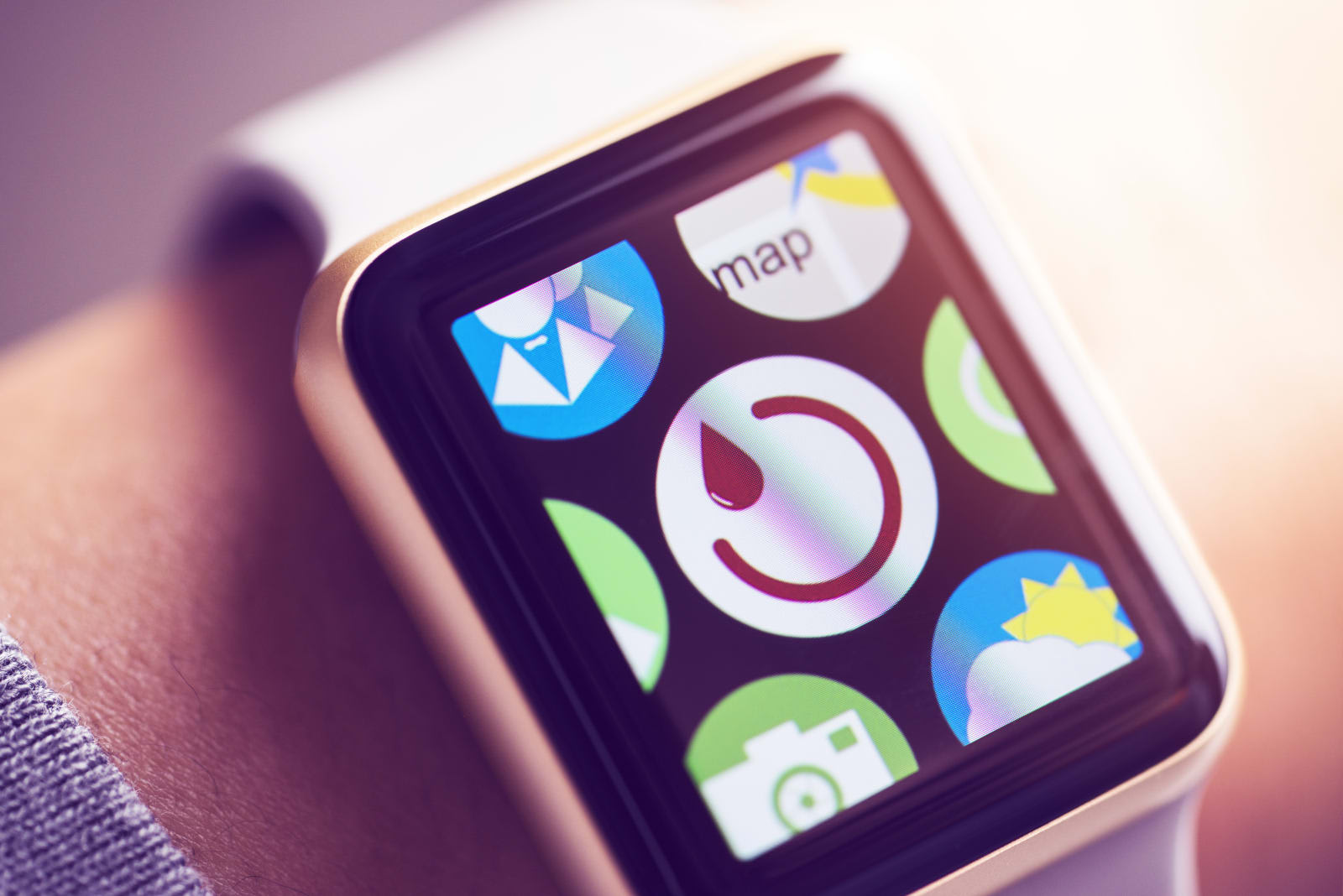 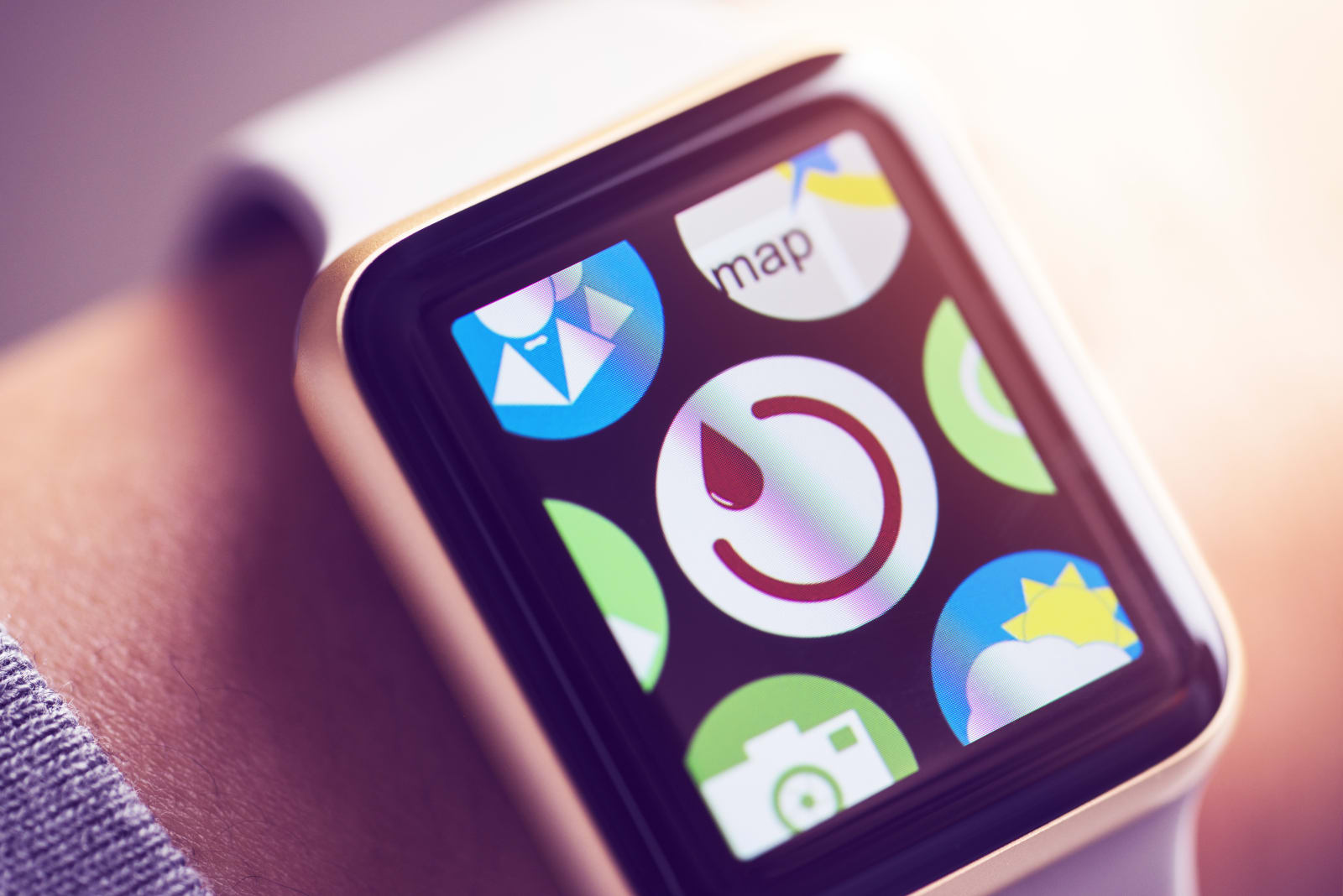 Period- and fertility-tracking apps are nothing new, but they've seen a resurgence over the past few months. Traditional device makers like Fitbit, Garmin and Apple are beginning to incorporate the functionality into their wearables and smartwatches and some, like Garmin, are extending that functionality into standalone apps. While Apple had period-tracking in its Health app for awhile, the next iteration will soon let women know when their fertile period is, with or without the watch.

With so many options for women to track their menstrual cycles, the question remains: Are they actually effective? Is using an app any better than using an old-fashioned calendar? Perhaps most crucially, what can technology teach women about their bodies that they don't already know?

According to the experts, it all depends on why you're using the apps. "Most of them are pretty useful for keeping track of where you are in your cycle," said Victoria Jennings, a director at the Institute for Reproductive Health and a professor at Georgetown University's Department of Obstetrics and Gynecology. Some, like Clue or Garmin, also have tools for tracking related health indicators like breast tenderness, mood or midcycle pain. Tracking your period in such a manner is a good habit, just so you know if your period arrives more or less on time.

"It's kind of a health check," Jennings said. "I think women feel, in a sense, comforted, that their period came and that they know they're OK; that the body is functioning the way it's supposed to." If there's a significant change in the cycle, she would know something was wrong and would then have reason to go to a medical professional. 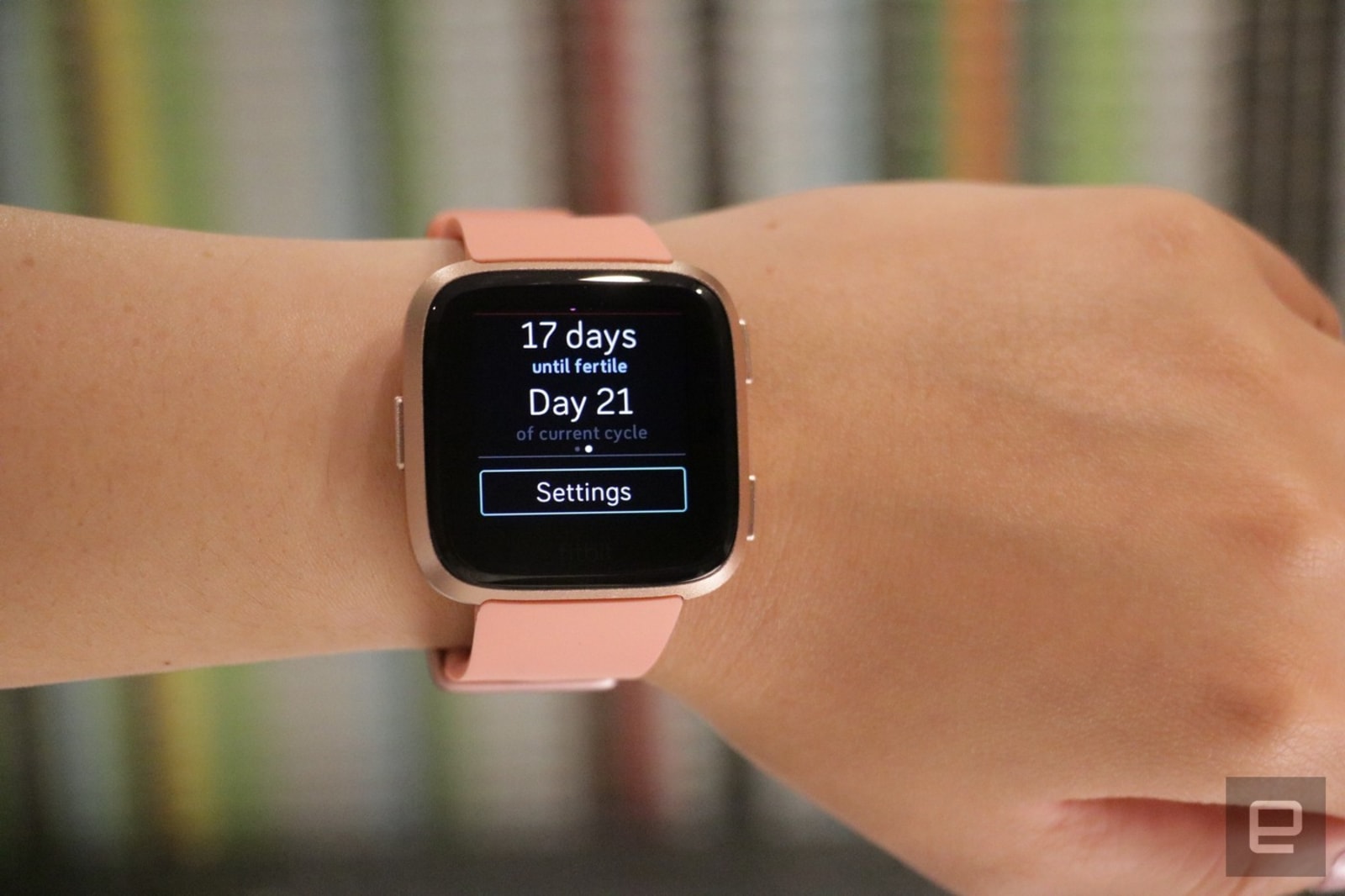 As for tracking symptoms like mood swings and breast tenderness, there's no real benefit aside from letting women know their period might arrive in a few days. "Many women who aren't tracking their moods don't realize that if they're feeling angry or depressed, that these are normal feelings that are related to their hormonal status at different times in their menstrual cycle," Jennings said.

Things get dicey when women attempt to use these trackers to conceive or prevent pregnancy. In 2016, researchers from Cornell discovered that out of 20 websites and 33 apps, only one website and three apps accurately predicted a woman's fertility window. Similarly, a 2016 Columbia University Medical Center study of 108 apps found that "most free smartphone menstrual cycle tracking apps for patient use are inaccurate."

"What these apps do is basically use a woman's natural history in order to predict when their window is going to be," said Robert Setton, one of the lead researchers in the Cornell study. He added that the fertile window includes the day that you ovulate plus the five days prior, and can sometimes be difficult to predict. "When I looked at these apps and sites, they were kind of all over the place," he said. "Some of them had predicted a wider fertile window; some had more narrow ones. There's a kind of six-day period during a woman's cycle that they're able to get pregnant, and timing intercourse during that time is kind of the crux of what they need to be able to do."

A pair of recent studies published in the Journal of Obstetrics and Gynecology in 2018 uncovered similar results, one of which found that "apps using cycle length alone are providing either inaccurate or imprecise information" and that "the only way cycle length alone can be used to predict ovulation is by providing a very wide window of potential days, which is no better than the advice of frequent intercourse." 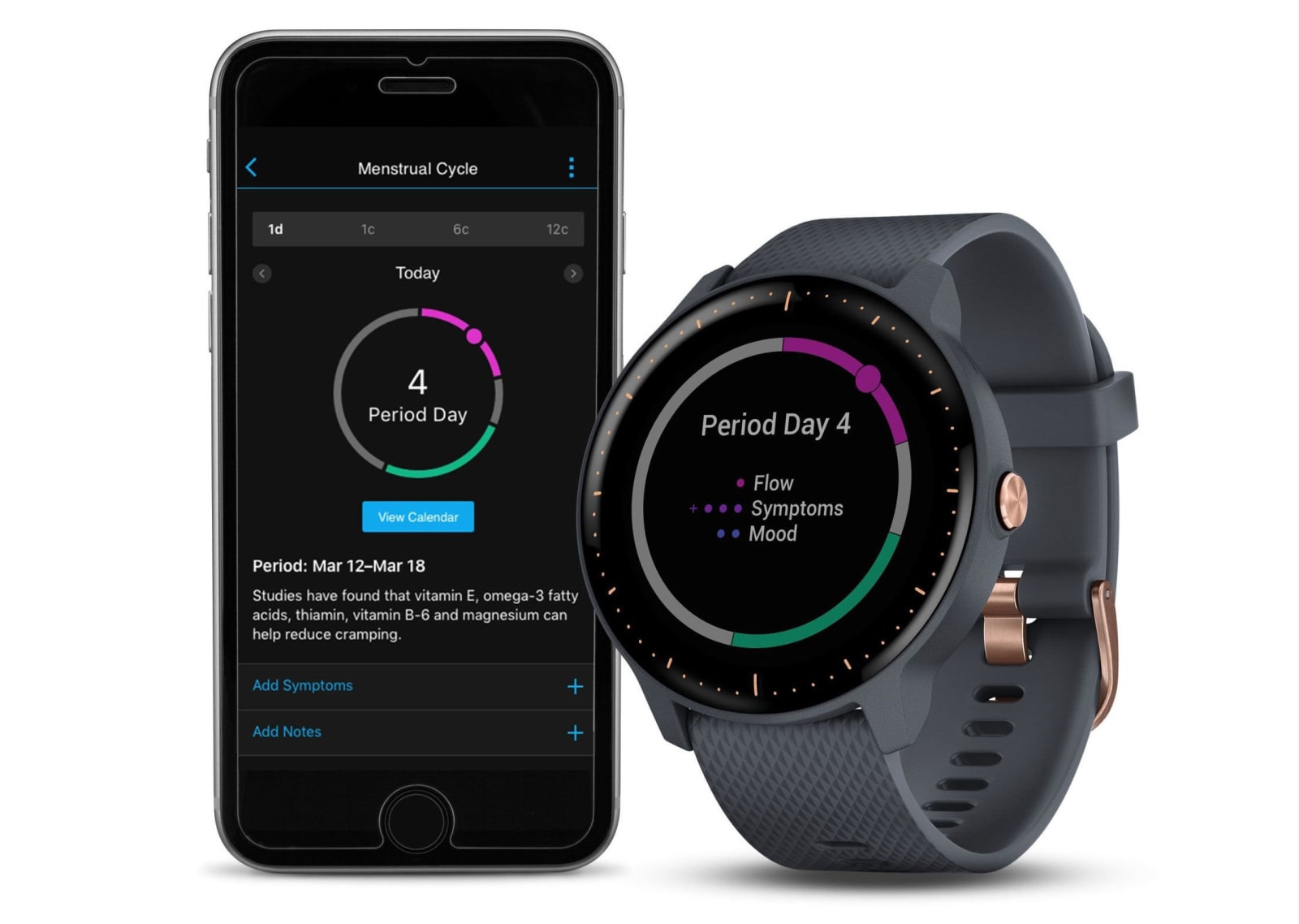 The truth is, while it's certainly more convenient to use a device like a Fitbit or Garmin to record your menstrual cycle, the underlying software is essentially the same as a standalone app. "All you're saying is, 'I have an electronic device in which to record this information,' " said Michael Zinaman, chief medical officer of NYC Health + Hospitals. Zinaman was one of the researchers involved in the 2018 studies. "It can give me back information based on a proprietary algorithm saying I'm potentially fertile or not fertile. But there's nothing really new under the sun as far as the algorithms go."

Glow, for example, claims to have helped more than 150,000 people conceive. The app's makers also claim that users who track their cycles are 40% more likely to conceive. As Wired reported back in 2015, however, it's unclear if Glow was the key factor in this outcome, or if the people who were using Glow were already pretty aware of their fertility windows.

"The evidence is thin," said Jennings about the chances that fertility-tracking apps can lead to pregnancy. Still, she does say that the app could be useful if all you want is a general idea of when a woman's fertile window is. "Any one particular app isn't particularly good at that. But just because the evidence is thin, doesn't mean it isn't true."

The only way to really know if an app is effective, she says, is to conduct a study that compares two groups of women who are trying to get pregnant -- one that uses the app, and one that doesn't -- and see which gets pregnant faster. "But that would have to be a very large, carefully matched, scientifically stratified sample in order to really come up with the evidence." 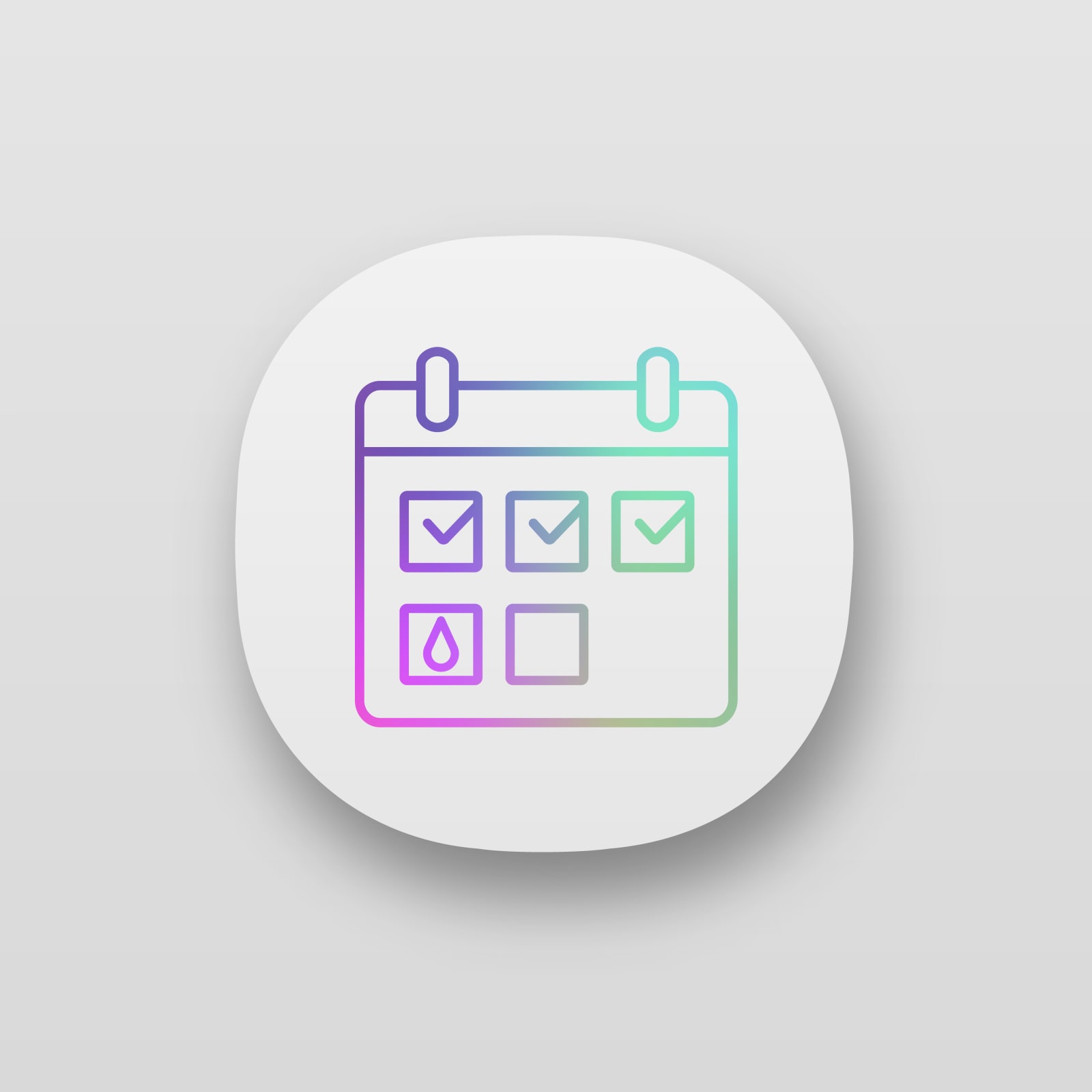 Ovulation-predictor kits from companies such as First Response and ClearBlue are probably of more use than any app. "I can say with confidence that they're likely much more to be effective," said Jennings. However, they're also quite expensive, at around $20 or so for a pack of 10. "That could be a step that a woman would want to take if she had been trying for a few cycles and had not gotten pregnant. She might well use that so that she can see exactly when she's ovulating."

Another area where period trackers can be used is in avoiding pregnancy. The idea here is that women could either abstain from sex or use condoms during the fertile window -- and not have to do either during their nonfertile periods.

"That's where you really become concerned about following the evidence," Jennings said. "An app or device for pregnancy prevention should be based on solid data about fertility [...] and have undergone a full-scale effectiveness study, just like any other contraceptive method." According to Jennings, only two apps have undergone these extensive studies. One of them is Natural Cycles, which has been Food and Drug Administration approved as a means of contraception. The other is DOT, which is awaiting approval from the FDA. Jennings is one of the researchers in the DOT study.

"We collected the data very carefully, analyzed it according to protocol and so forth," said Jennings. The Natural Cycles study did not follow quite the same rules and has been criticized for that, but it does have a very large sample size. The typical use failure rate for DOT is about 5%, while it's closer to 7% or 8% for Natural Cycles, said Jennings. 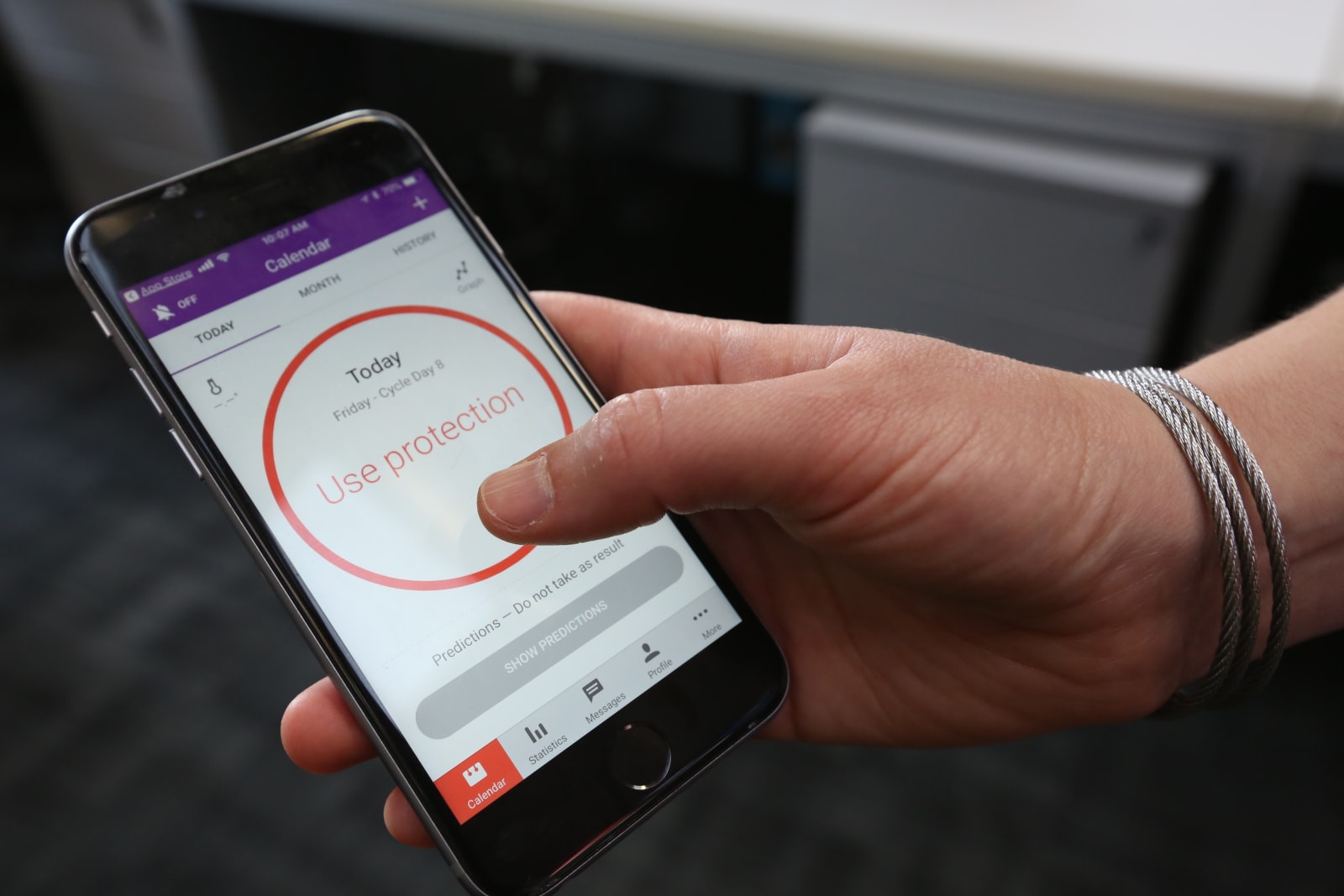 On top of whether these trackers are effective, consumers should be aware that some apps might collect their personal data. In 2016, Consumer Reports reported that anyone with a Glow user's email address could access all kinds of information about them, which is a big deal because Glow users are often prompted to reveal personal data such as how often someone had sex, if they had an orgasm and so forth. Glow, for its part, did fix the leak after the report came out, but it also exposed the potential issues with giving your data to an app.

"People are often willing to be generous with their personal data if they think they are contributing to research, making a product 'better,' etc.," said Jennings. "But is that really what is happening with their data? Some are indeed conducting research and trying to improve a product, but it is very unlikely that data utilization ends there."

Perhaps period and fertility trackers are most useful in simply educating women about their menstrual cycles. Zinaman and his colleagues recently conducted a national survey of 1,000 American women and found that a large percentage were ignorant of what a menstrual cycle was and when a woman's fertile window typically falls. "Compared to other European countries, we're remarkably not informed in this country," Zinaman said. Given the results, he said that, if anything, the apps are helpful because they do provide basic education about menstrual cycles and sex. 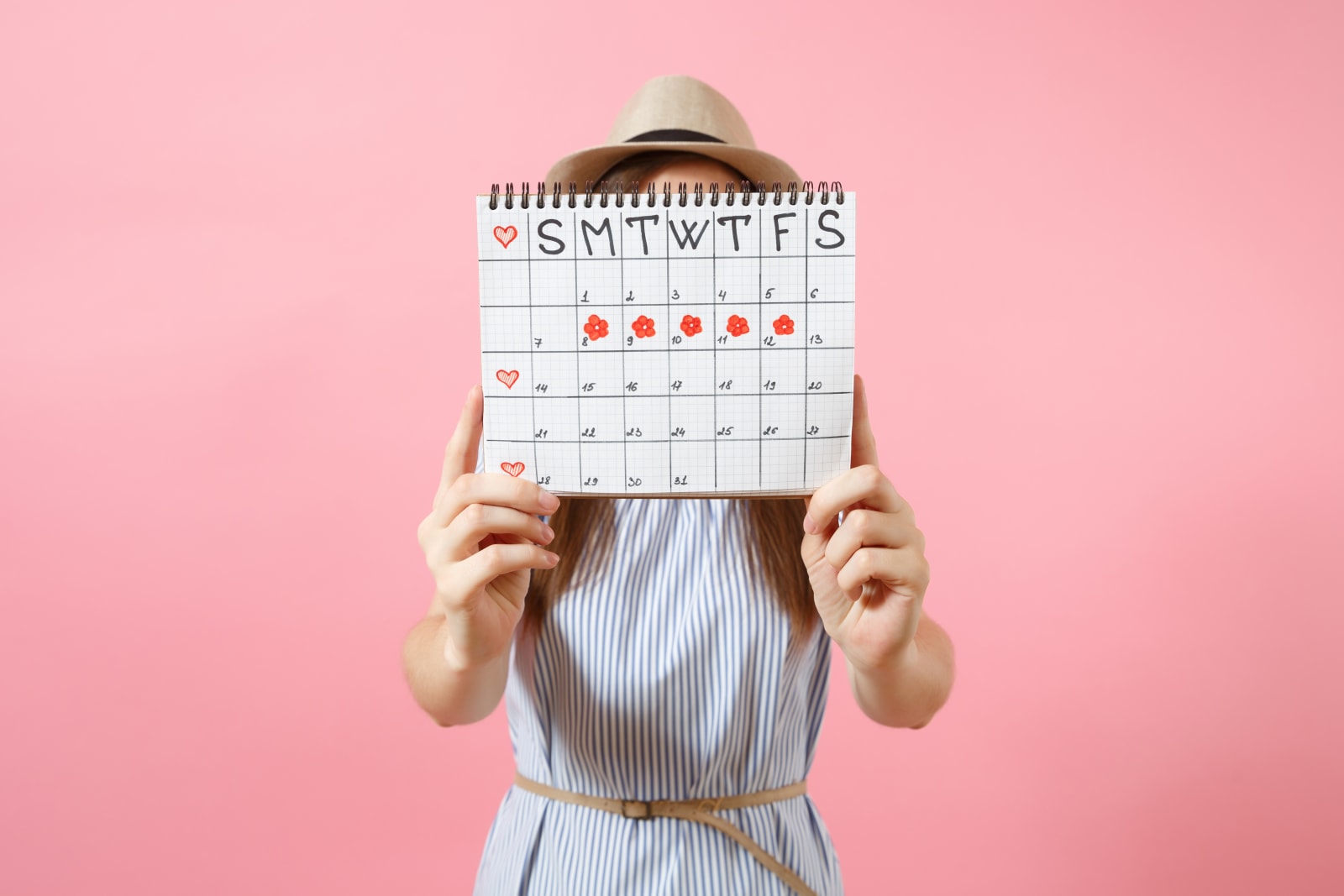 "People need a clear road map that first lets them identify what it is they want to achieve," Jenning said when asked about the right app to use. "Do they want to have some idea of when their next period is likely to come, be able to track their moods and feelings, avoid pregnancy or to get pregnant? Then, depending on what their goal is, they need to select carefully among options that address that need, paying attention to actual claims and published evidence."

If you're using it just to log your period, a tracker app will mostly confirm what you already know. But that might not be such a bad idea.

"In general, tracking moods on an app, along with other things, can help women feel more 'normal' about mood changes," Jennings said. "They can see the pattern, know to expect them and potentially manage them better. It's all about self-understanding and self-management."

In this article: fertilitytrackers, gear, health2019, medicine, mobile, periodtrackers, wearables
All products recommended by Engadget are selected by our editorial team, independent of our parent company. Some of our stories include affiliate links. If you buy something through one of these links, we may earn an affiliate commission.