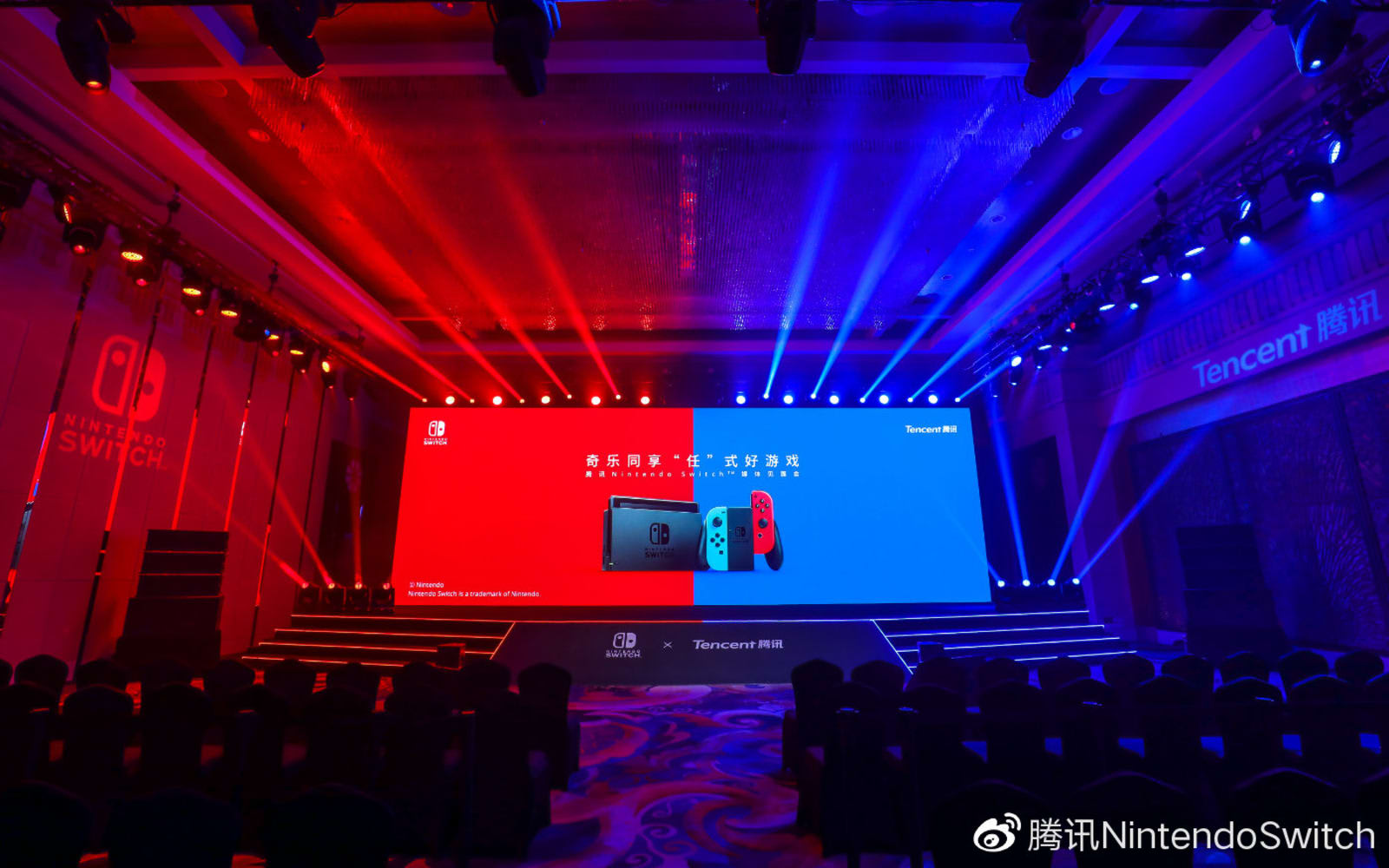 After announcing that it would bring the Switch to China, Nintendo has revealed some details about how it will work and the role of its partner, Tencent. The Chinese tech giant will help Nintendo build simplified Chinese language versions of previously announced games like Super Mario Odyssey and The Legend of Zelda: Breath of the Wild. Tencent will also provide cloud services for the Switch Online service in China and modify the eShop to work with its widely-used WeChat Pay system.

Companies like Sony, Microsoft and Nintendo have only been able to sell consoles in China from 2015 -- prior to that, most legal gaming in the nation was done on PCs or smartphones. However, the newly opened market doesn't necessarily make it easier for console vendors, which have to contend with game censorship, red tape and other issues. By teaming up with an influential local company like Tencent, Nintendo might have an easier time navigating the tricky market.

China's regulators have given Tencent an initial nod to sell the Switch in China, though there are still some regulatory procedures to hurdle. The companies have yet to reveal when the Switch will go on sale, nor how much it'll cost.

Nintendo last tried to enter the Chinese market in 2003 with the iQue, a clunky console embedded directly into a controller. While it never took off, the brand still exists by supporting previously released products and localizing new games into simplified Chinese.

iQue managed to retain support of the Chinese government by releasing "quality healthy games suitable for all ages, at a global gaming market flooded by vulgar products today," according to iQue's "about" page from 2013. In China, games must adhere to socialist values, traditional culture and moral rules, while downplaying sexual and violent content.

Last year, China stopped approving new game titles, and when it resumed near the end of the year, Tencent was left off the list. The company finally made it on the government's whitelist after the third round of approvals.

Via: Engadget Chinese
Source: Tencent (Weibo)
In this article: av, China, gaming, launch, nintendo, Switch, Tencent, TencentCloud
All products recommended by Engadget are selected by our editorial team, independent of our parent company. Some of our stories include affiliate links. If you buy something through one of these links, we may earn an affiliate commission.