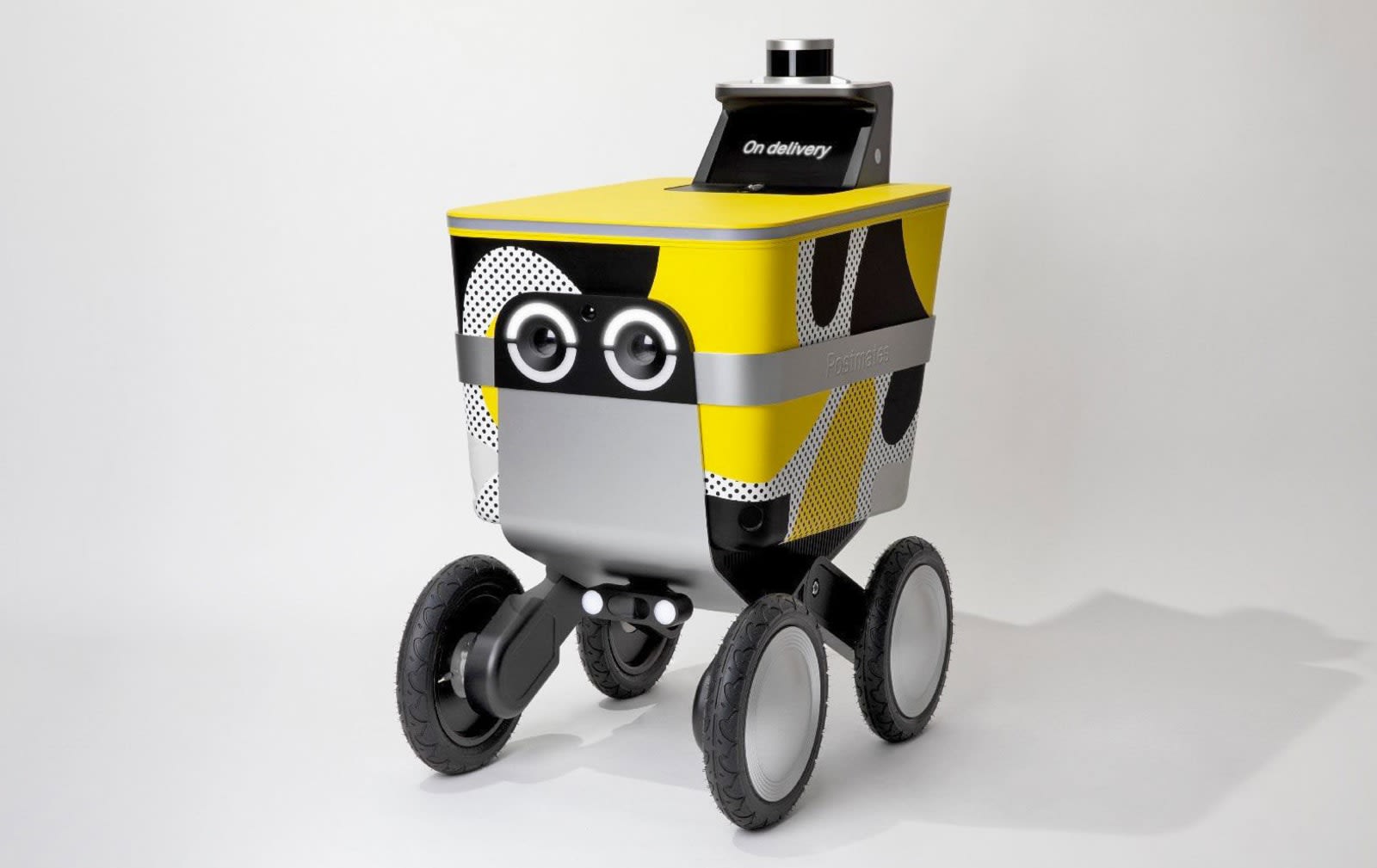 San Franciscans might soon see Postmates' cute delivery robot rolling down their sidewalks. According to TechCrunch, the food and groceries delivery service has secured what could be the first permit allowing sidewalk robotics operations in the city. Postmates introduced the big-eyed, Wall-E-like Serve in December, revealing its plans to send the robot with your orders to your homes and offices. You'll be able to unlock its compartment -- it can carry up to 50 pounds of goods and for up to 30 miles on a single charge -- using your phone or a code the service gives you.

A few years ago, San Francisco served as a testing ground for delivery robots from various companies. That stopped after the city restricted their use on its sidewalks, requiring firms that want to unleash their machines in the city to secure permission to do so. The fact that San Francisco is now officially allowing a company to test delivery robots could be a big step towards their deployment.

It's not entirely clear if Postmates did anything special to convince local authorities, but it recently hired Apple veteran Ken Kocienda as a principal software engineer for the team developing Serve. Further, as TechCrunch notes, the company replaced the robot's LIDAR technology with something more lightweight and durable.

A Postmates spokesperson told TechCrunch in a statement:

"We've been eager to work directly with cities to seek a collaborative and inclusive approach to robotic deployment that respects our public rights of way, includes community input, and allows cities to develop thoughtful regulatory regimes.

Based on San Francisco's Public Works Code, permits that allow the operation of autonomous delivery devices on sidewalks remain valid for 180 days. They also grant the authorization to test up to three delivery robots per permittee, though the machines can't operate in high-traffic areas and they have to be monitored by a human operator within 30 feet.

Source: TechCrunch
In this article: gear, postmates, robots, san francisco, serve
All products recommended by Engadget are selected by our editorial team, independent of our parent company. Some of our stories include affiliate links. If you buy something through one of these links, we may earn an affiliate commission.