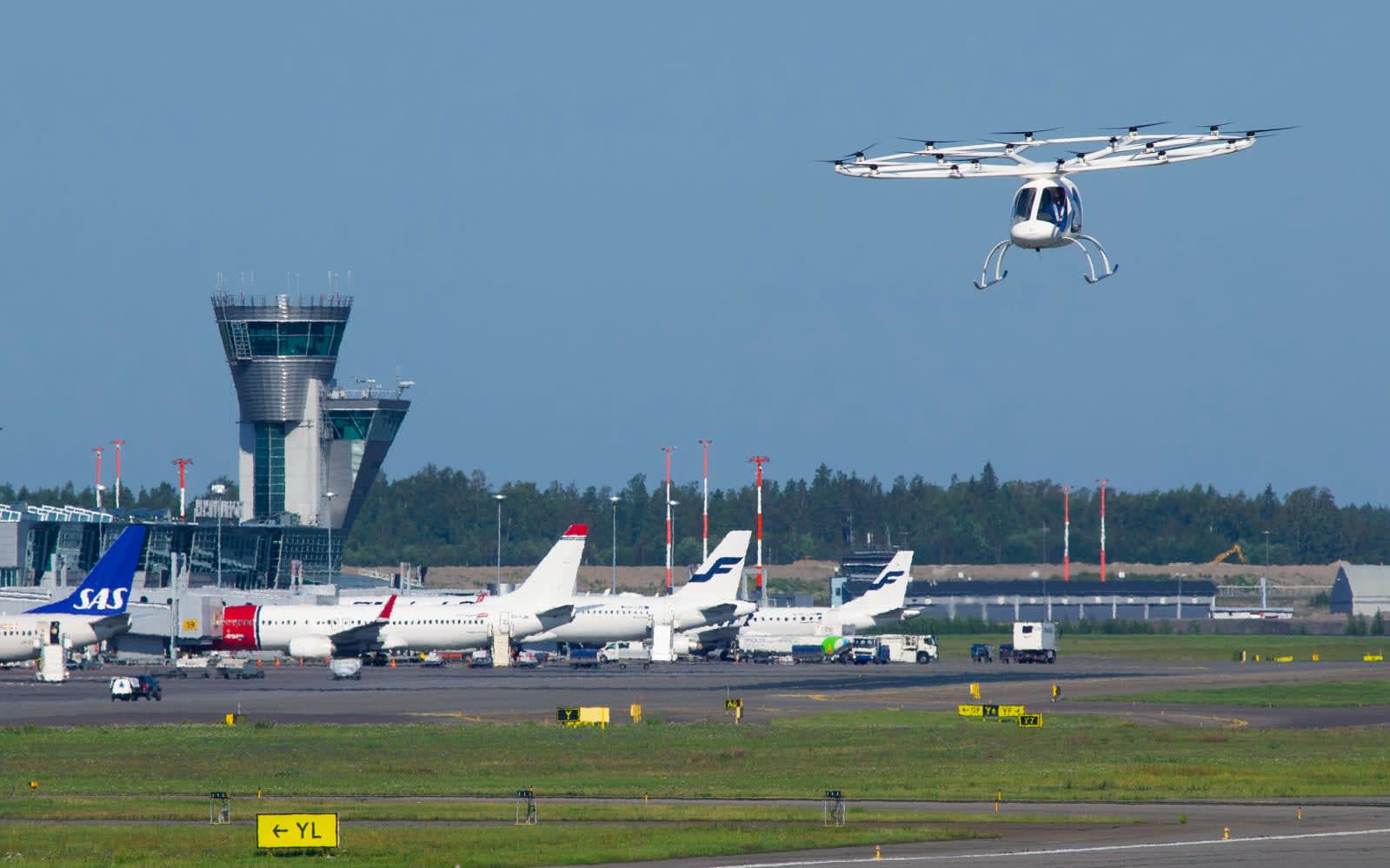 In order for air taxis and delivery drones to succeed, they'll have to play nicely with air traffic control systems. Yesterday, a Volocopter air taxi proved it's ready to do just that. The Volocopter 2X performed a series of tests at the Helsinki international airport, where it demonstrated its ability to integrate with both manned and unmanned air traffic management systems.

Volocopter is one of the first flying taxi companies to integrate into air traffic control systems, but others aren't too far behind. As Engadget's Andrew Tarantola wrote, more than 70 companies are currently developing their own personal flying vehicles. Uber, in particular, has invested heavily. And the demonstration at Helsinki Airport isn't just good news for Volocopter. It also speaks to the fact that multiple air traffic systems are ready to safely manage air taxis and their interactions with traditional aircraft.

Earlier this month, Volocopter revealed the designs for its first commercial autonomous flying taxi. The company previously said it hopes to have air taxis in the sky by 2023, but it will have to build take-off and landing infrastructure and integrate with air traffic management systems. Yesterday's successful test flights demonstrated that Volocopter is at least ready to do the latter.

In this article: air taxi, air traffic, air traffic control, autonomous, drone, flight, flying taxi, flying vehicle, helsinki, helsinki airport, international airport, test flight, tomorrow, transportation, unmanned, volocopter
All products recommended by Engadget are selected by our editorial team, independent of our parent company. Some of our stories include affiliate links. If you buy something through one of these links, we may earn an affiliate commission.