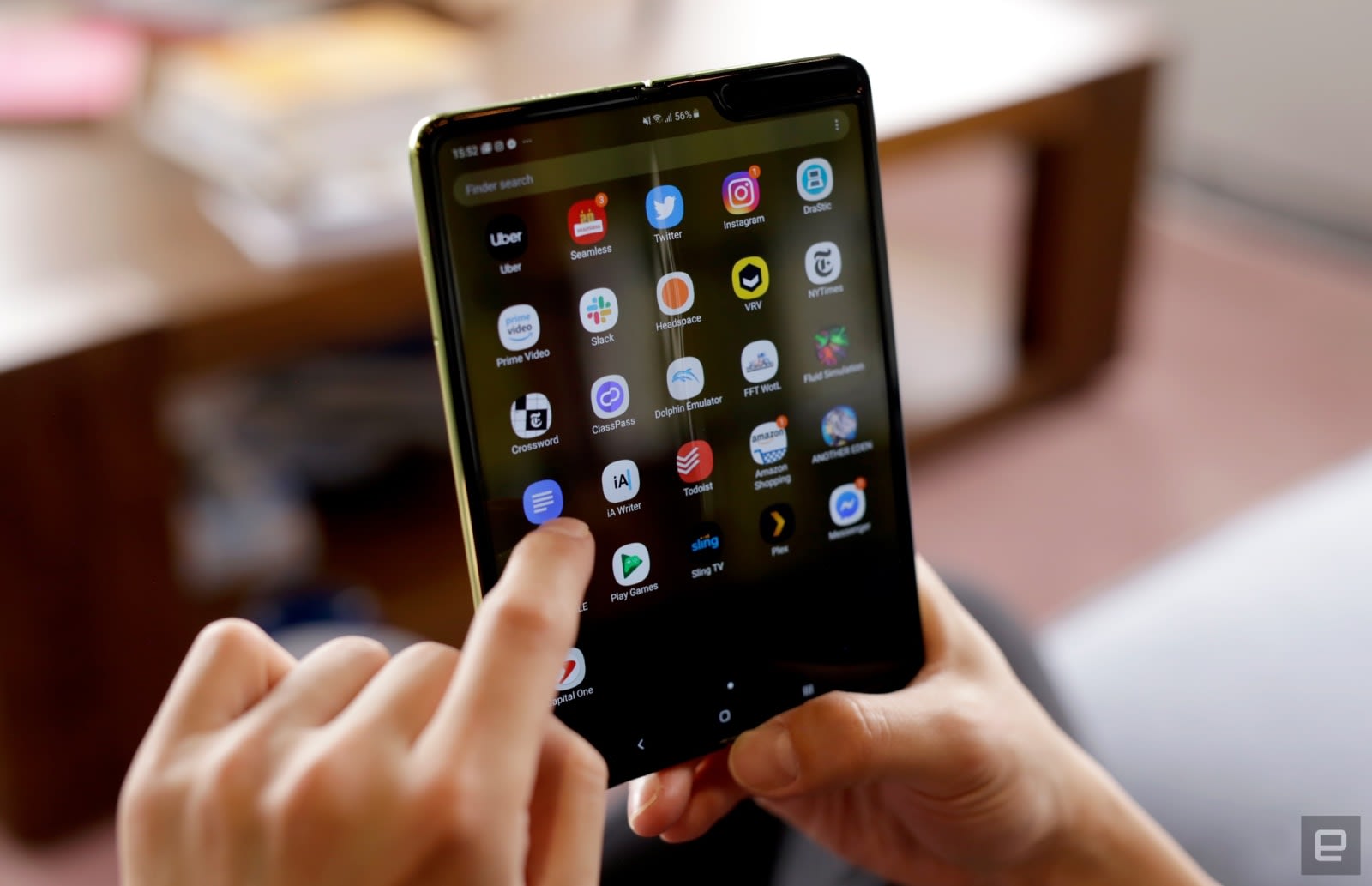 Samsung still hasn't shipped the Galaxy Fold, but it apparently has a follow-up in the pipeline. Bloomberg sources claim the tech firm is developing a phone with a 6.7-inch screen that folds into a square much like a classic clamshell phone. It wouldn't just spark nostalgia for flip phones, either. The company reportedly wants this device to be thinner and more affordable than the $1,980 Fold, and is said to be partnering with designer Thom Brown on a look that would appeal to those interested in "fashion, status and luxury." It won't be that inexpensive, then.

The apparent leak provided a few extra tidbits about the design. You could expect a Galaxy Note 10-style hole punch selfie camera as well as two cameras that face the rear when the phone is open. The sources believed Samsung is testing Ultra Thin Glass for the inside folding display, although it's unsurprisingly keen to avoid the durability problems that led it to delay the Fold's launch. App support would be easier on this device, at least. The use of a more conventional aspect ratio on the open display would save developers from having to optimize for the Fold's wider 7.3-inch screen.

The question is whether or not this clamshell phone sees the light of day. The tipsters warned that its launch might depend on the performance of the Fold after its imminent launch, and success is far from guaranteed. The Fold was already going to face an uphill battle in April between its high price and niche design. It now has to overcome the stigma surrounding its earlier design woes. If a clamshell model reaches your pocket, it might have to do so in spite of the Fold, not because of it.

Source: Bloomberg
In this article: android, foldable, foldable phone, gear, mobile, samsung, smartphone
All products recommended by Engadget are selected by our editorial team, independent of our parent company. Some of our stories include affiliate links. If you buy something through one of these links, we may earn an affiliate commission.