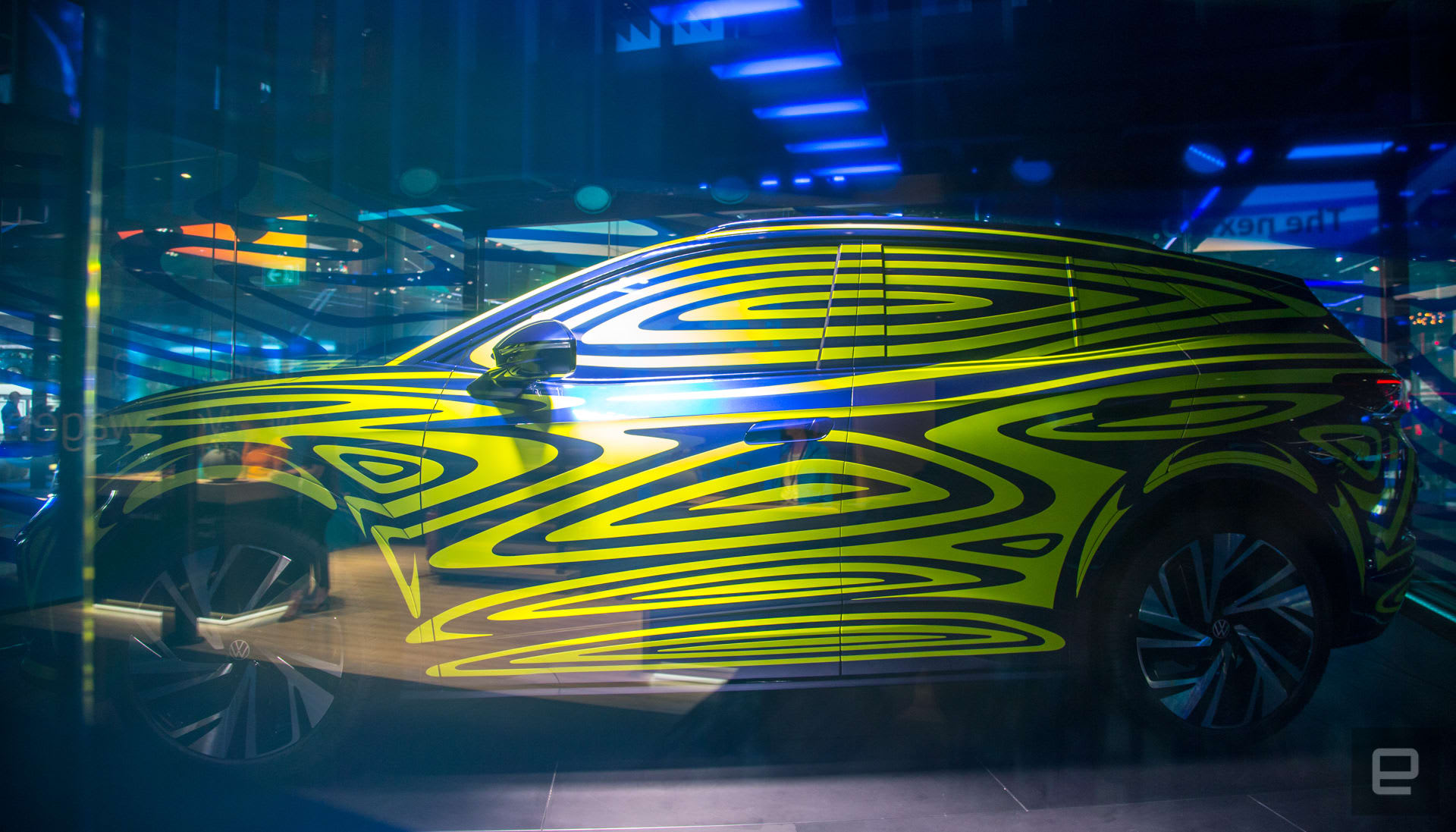 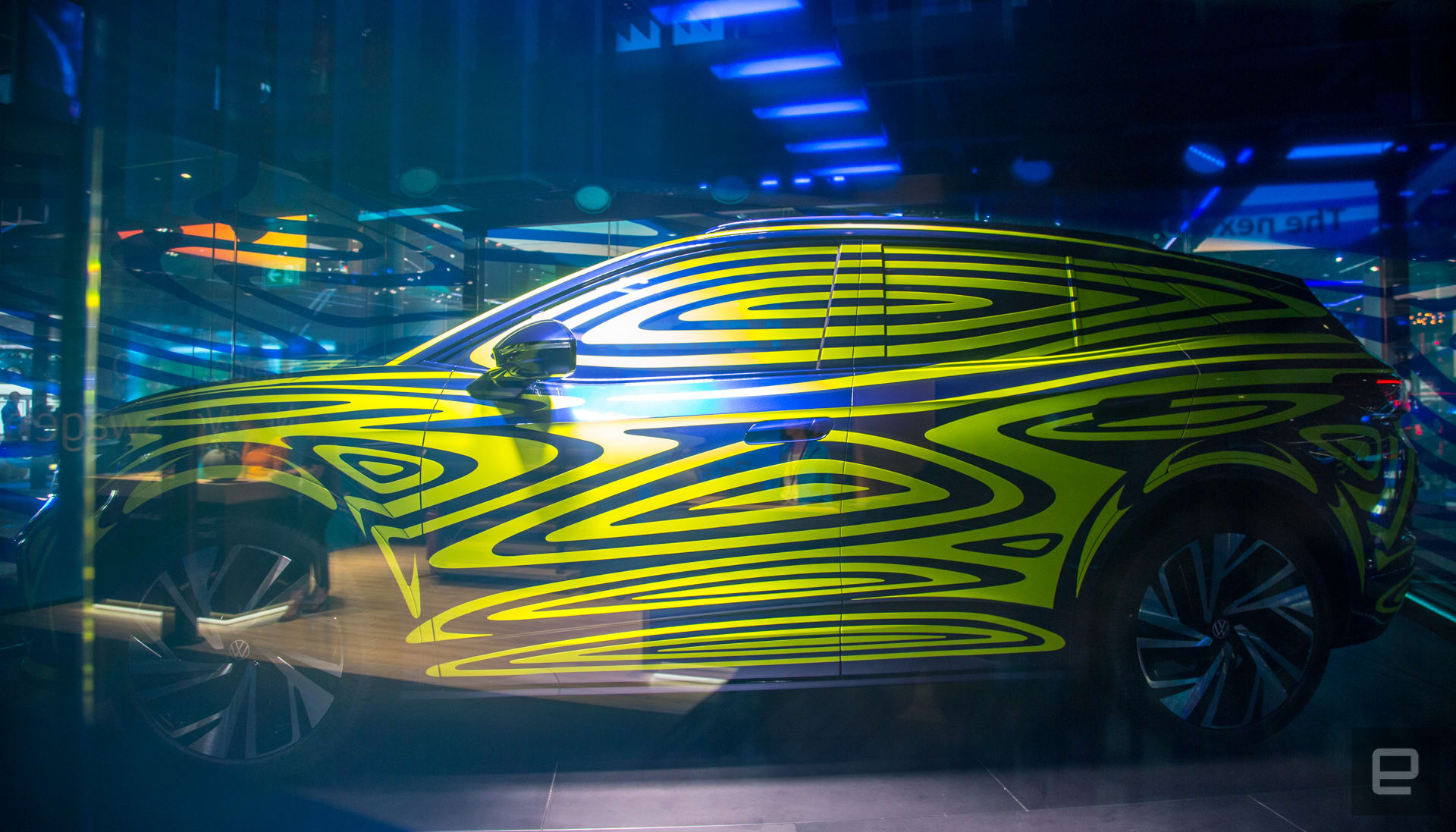 The automotive world loves a splashy debut. Lights, loud music, flashy presentations and sometimes there's a special guest. The ID.3 got that treatment as it was finally freed from its camouflage. But the first public appearance of the ID.4 SUV has become the Easter egg of the Frankfurt Auto Show.

In a corner of the Volkswagen booth, a frosted-glass booth begins flashing and lo and behold, there's the next EV from the German automaker. The license plate signifies it's the "next ID" which of course means, they're showing off the ID.4 SUV AKA the ID Crozz that the company has been showing off.

Unfortunately, taking photos of the sort-of-unveiled vehicle is difficult. There are two layers of reflective glass. The outer layer frosts itself up at regular intervals. The inner layer of glass has translucent blue camouflage elements while the car itself is covered in the same camouflage and is subject to a disco light-show of strobe effects. It all adds up to a bad photo experience.

It's not the first not-officially-unveiled vehicle from the VW group to make an appearance at the Frankfurt show. Audi showed off the E-Tron Sportback under a barrage of red and white lights and a fog-machine haze. that also was a tough vehicle to photograph.

The ID.4 will be the first MEB platform EV to make its way to the United States. It'll land state-side probably in late 2020. VW says it'll have a range of about 300 miles and will be "affordable." It'll compete directly with the Hyundai Kona EV and Kia Niro EV.

Chances are we won't see it at the LA Auto Show. But then again, Volkswagen has been full of surprises lately, so maybe the ID.4 will make its US debut under the warm California sun where we can properly photograph it.

In this article: design, electric vehicle, ev, franktfurtautoshow2019, gear, green, id4, tomorrow, transportation, Volkswagen, volkswagen id4
All products recommended by Engadget are selected by our editorial team, independent of our parent company. Some of our stories include affiliate links. If you buy something through one of these links, we may earn an affiliate commission.