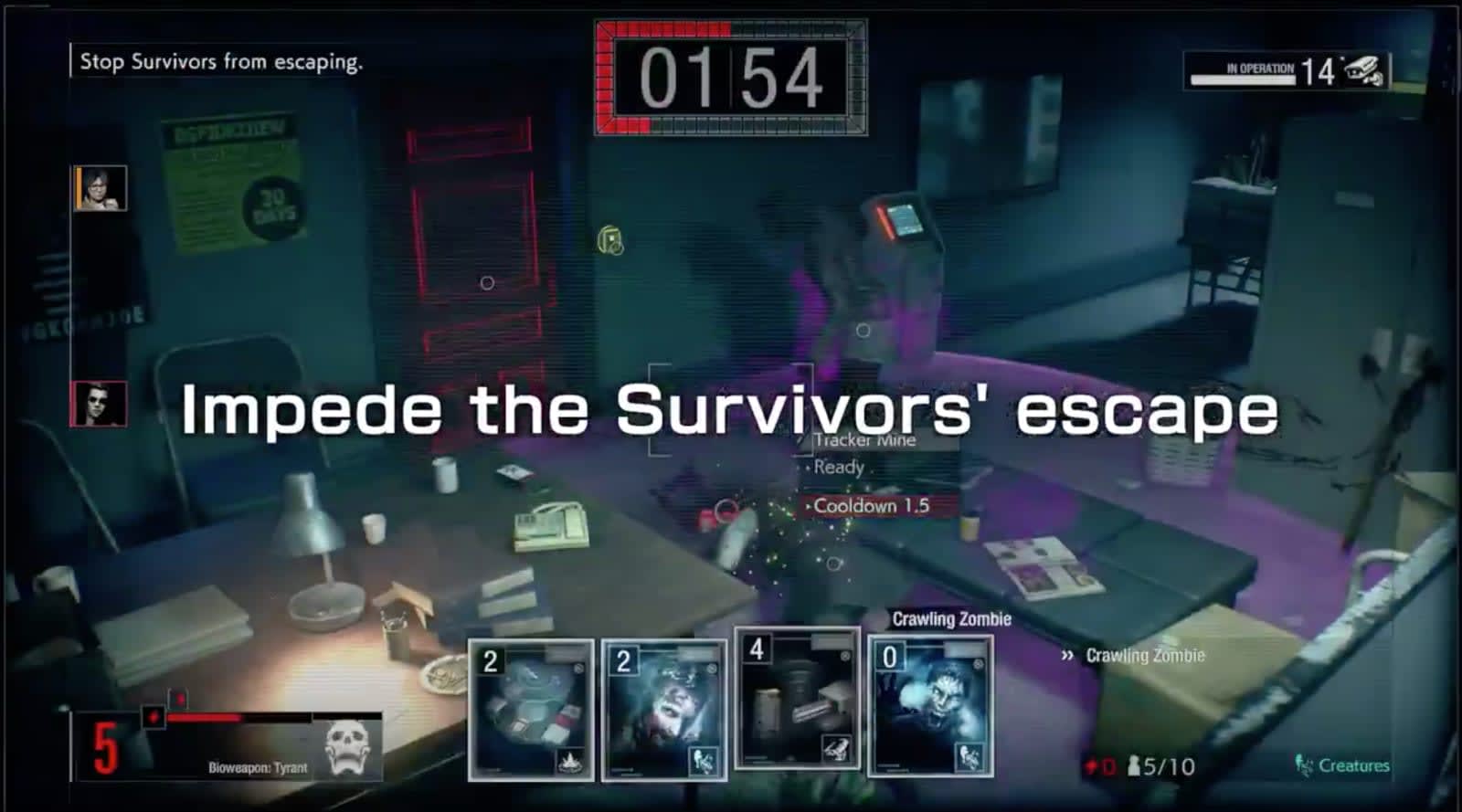 Capcom has released a new video for its upcoming Resident Evil spinoff Project Resistance that shows how the multiplayer game works. The survival horror title is apparently a 4-versus-1 asymmetrical co-op game similar to Dead by Daylight, allowing you to play any of the four survivors or the Mastermind trying to kill them off.

You'll have to fend off monsters and get through obstacles if you play as one of the survivors, who each have a special skill. If you play as the Mastermind, you'll be able to lock the doors the survivors have to go through, place creatures in their midst, shoot them with gun-equipped cameras or even attack them by controlling zombies directly.

Will you work with your allies as a Survivor, or will you crush their attempt to escape as the vicious Mastermind? The choice is yours in this 4 vs 1 asymmetrical co-op experience. #ProjectResistance pic.twitter.com/q1SNDrcHDK

You can now sign up for a chance to take part in a closed beta test if you want to give the game a try and see if it's worth getting. The closed beta period begins on October 4th 3AM Eastern time and ends on October 7th 3AM. You'll have to be a Resident Evil Ambassador program member for the PS4 or an Xbox Insider Program member. If you get chosen to participate, you'll receive an email with instructions on September 30th, around 3AM Eastern.

Source: Resident Evil (Twitter)
In this article: capcom, gadgetry, gadgets, gaming, project resistance
All products recommended by Engadget are selected by our editorial team, independent of our parent company. Some of our stories include affiliate links. If you buy something through one of these links, we may earn an affiliate commission.