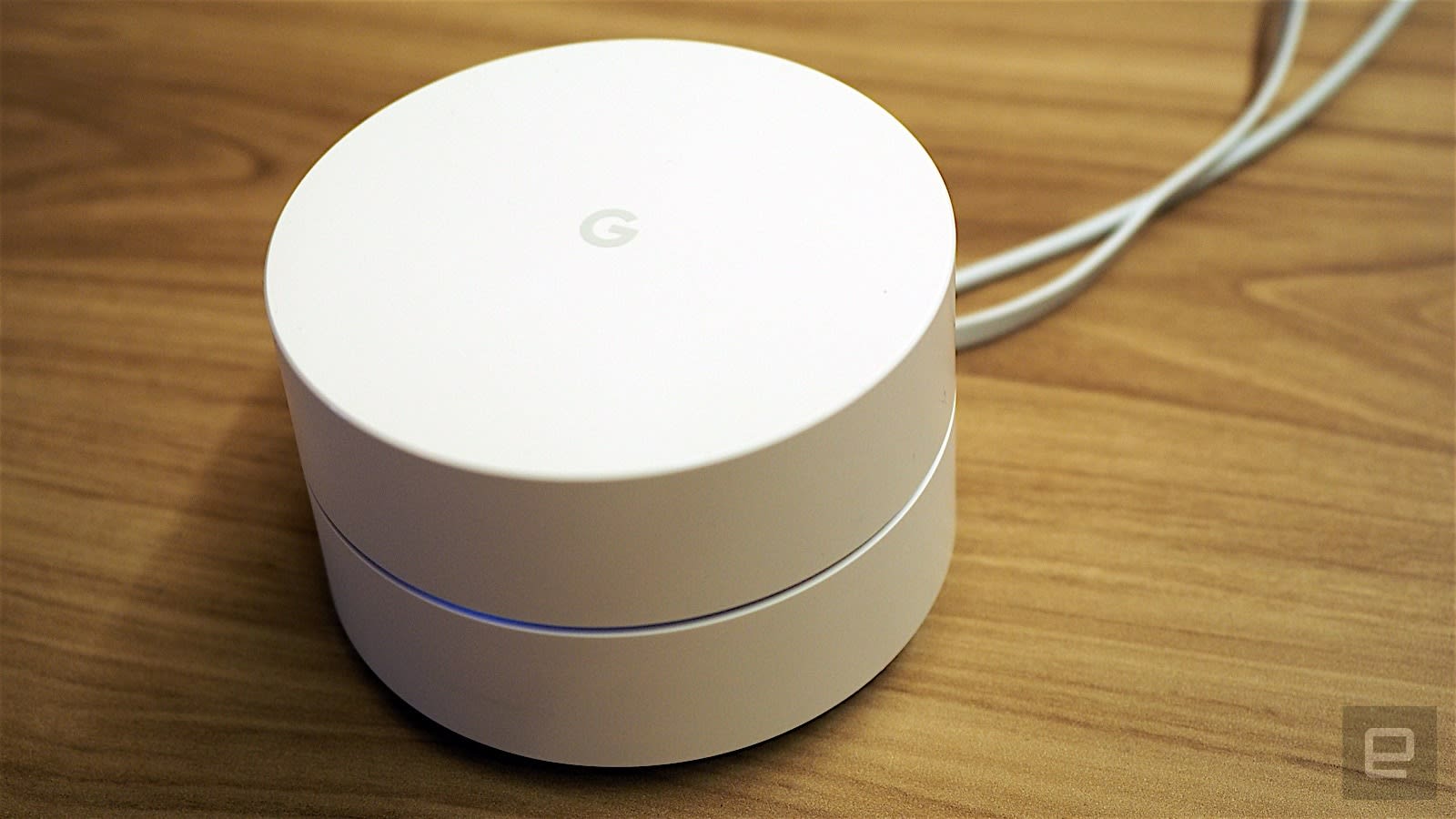 When it hosts its Pixel 4 launch event on October 15th, Google could announce an interesting new update to its WiFi mesh router. According to 9 to 5 Google's Stephan Hall, the company plans to update the device by adding a newly designed Assistant-enabled beacon to the mix. Building on what companies like Eero offer, Google's new beacons will not only extend the range of a WiFi network, they'll double as voice-activated smart speakers like the Home Mini. This is a new approach for Google. With the company's current setup, you add multiple Google WiFis, all of which are full-fledged router units, to create a WiFi network that covers your entire home.

Alongside the new beacons, Google will also have a redesigned main router. Moreover, both the router and beacons will be available in three new colours, and Google plans to rebrand the entire system to "Nest Wifi." When it comes to speaker performance, the new beacons reportedly perform similarly to the second-generation Nest-branded Home Mini Google plans to launch on October 15th as well. As part of the update, Google also plans to add new router-related commands to Assistant. For example, you'll be able to ask the Assistant to pause the internet in a select room.

One thing that's not clear is whether the new main router will also double as a smart speaker. It's also unclear whether one of the new beacons will cost less than the current price of a single Google WiFi router; any cost savings could be wiped out by the addition of microphones and speaker components. Google currently sells a single Google WiFi for $99 and a three-pack for $259. The good news, however, is that you'll be able to add the new components to an existing Google WiFi network. One thing to note is Google's new Nest WiFi won't be the first router to feature audio capabilities. Back when it made WiFi equipment, Apple's AirPort Express included a headphone jack.

In a separate tweet, Hall predicted we could also see Google announce a new pair of Pixel Buds, suggesting there's still more to come out of the company's upcoming fall event. All in all, it looks like there's a lot to look forward to next month.

Source: 9 to 5 Google
In this article: assistant, gadgetry, gadgets, gear, google, google wifi, home, internet, mesh, mesh networking, Nest, smart home
All products recommended by Engadget are selected by our editorial team, independent of our parent company. Some of our stories include affiliate links. If you buy something through one of these links, we may earn an affiliate commission.