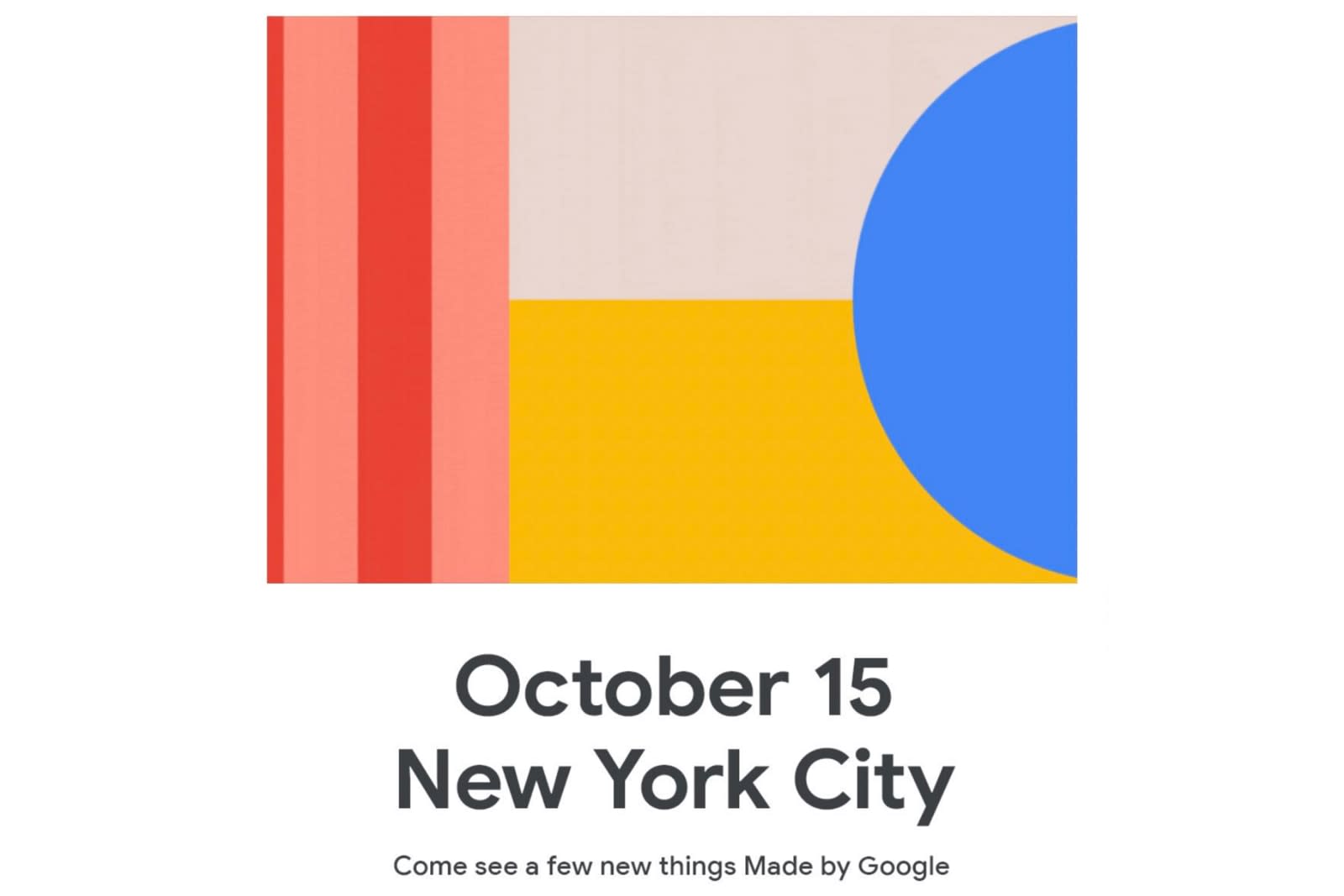 After a cornucopia of leaks, Google is finally ready to show what the Pixel 4 is all about. The internet giant has sent out invitations to see "a few new things Made by Google" at an October 15th event in New York City. It's not offering many clues about what to expect, but... c'mon -- you can safely assume the Pixel 4 and 4 XL will be the centerpieces of the event with their touch-free gestures and 90Hz displays. It's everything else that's less certain.

One possibility is a Nest Mini smart speaker that would replace the Home Mini. It's believed to be visually similar to the outgoing model, but would pack requested features like an audio output jack and a wall mount. Other device updates are less certain, although we'd note that the original Home speaker is nearly three years old -- an update wouldn't be out of the question, especially as Google is in the midst of switching to Nest branding. Whatever appears, we'll be there to give you first-hand impressions.

In this article: av, gear, google, made by google, mobile, nest home, nest mini, pixel 4, pixel 4 xl, smart speaker, smartphone
All products recommended by Engadget are selected by our editorial team, independent of our parent company. Some of our stories include affiliate links. If you buy something through one of these links, we may earn an affiliate commission.