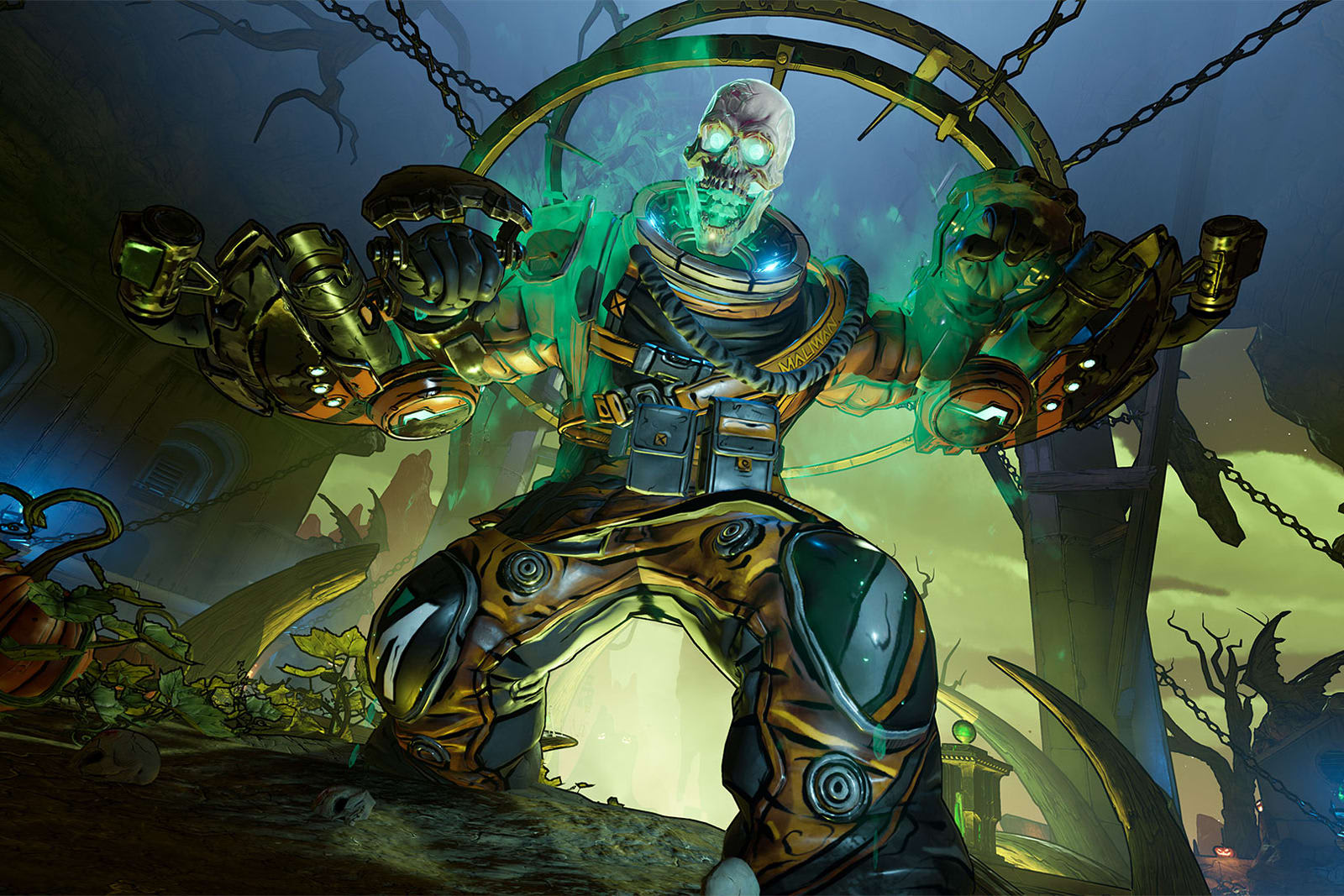 It won't take too long before Borderlands 3 stretches its virtual legs. Gearbox has revealed that the shoot-and-loot title's first in-game event, Bloody Harvest, will go live in late October. To no one's surprise, it revolves around Halloween. You'll encounter haunted foes in the new Heck area (yes, that's the name) who hinder your vision by invoking terror, including the obviously-named Captain Haunt. You can turn the tails on enemies by equipping "anointed" attachments that bring terror to others.

The event will be free to all B3 players, although you'll need to have progressed far enough to leave Pandora for the first time and have the option of visiting Sanctuary III. You'll also run into a new character, Maurice, who'll appear in Sanctuary to help with Bloody Harvest and future in-game events. Yes, Halloween game events are almost cliché at this point, but you probably won't mind if you've already burned through B3 and crave more variety.

Via: PC Gamer
Source: Borderlands (YouTube)
In this article: av, bloody harvest, borderlands, borderlands 3, games, gaming, gearbox, halloween, personal computing, personalcomputing, ps4, video, video games, xbox one
All products recommended by Engadget are selected by our editorial team, independent of our parent company. Some of our stories include affiliate links. If you buy something through one of these links, we may earn an affiliate commission.