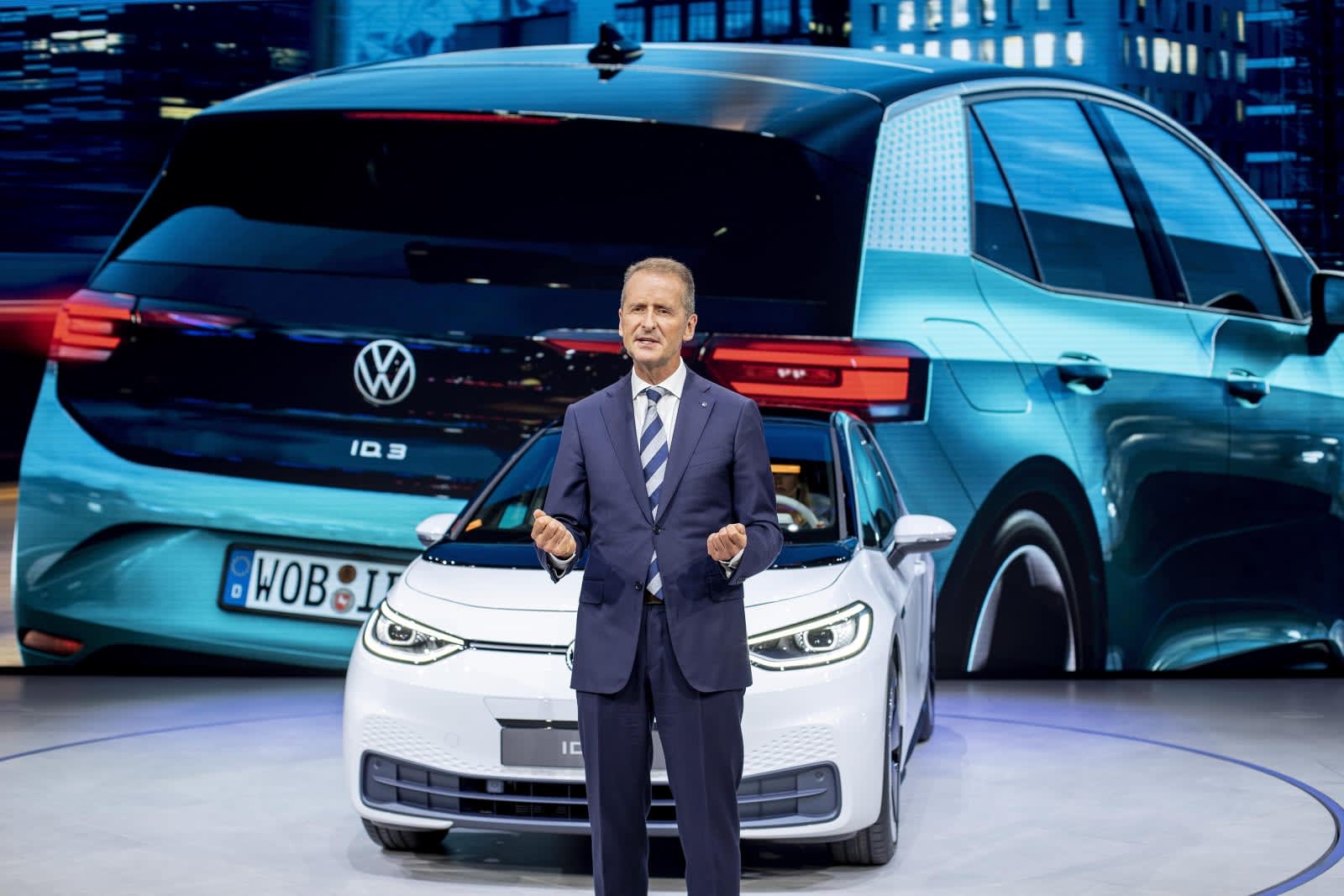 VW's current leadership can't escape the fallout from the Dieselgate scandal. Prosecutors in the German city of Braunschweig have unveiled plans to file stock manipulation charges against existing CEO Herbert Diess, Chairman Hans Dieter Poetsch and former chief exec Martin Winterkorn. They allegedly delayed reporting the emissions cheating with knowledge that it would have a tangible effect on shares. The leaders were pursuing a settlement with US officials "without disclosing all relevant information," according to the prosecutors.

Winterkorn was reportedly aware of the cheating (and thus the potential damage) in March 2015, half a year before he resigned. Things get more complicated with others in management. Poetsch supposedly learned on June 29th of that year, while Diess apparently found out on July 27th -- shortly after joining VW.

Diess may be counting on that timing. His attorney argued that he was too new to have understood the impact Dieselgate would have. This shouldn't hurt Diess' CEO duties, the lawyer said.

This is just the latest in a string of charges against the company and its management. The US has already charged Winterkorn and VW as a whole with defrauding investors, and Winterkorn with conspiracy and wire fraud. That's on top of charges against Audi's since-ousted CEO Rupert Stadler. Officials are determined to hold VW to account for its behavior, and they don't see the company's rapid electrification as atonement for its actions.

Via: The Verge
Source: Reuters
In this article: business, crime, diesel, dieselgate, emissions, gear, green, hans dieter poetsch, herbert diess, law, martin winterkorn, politics, transportation, volkswagen, vw
All products recommended by Engadget are selected by our editorial team, independent of our parent company. Some of our stories include affiliate links. If you buy something through one of these links, we may earn an affiliate commission.