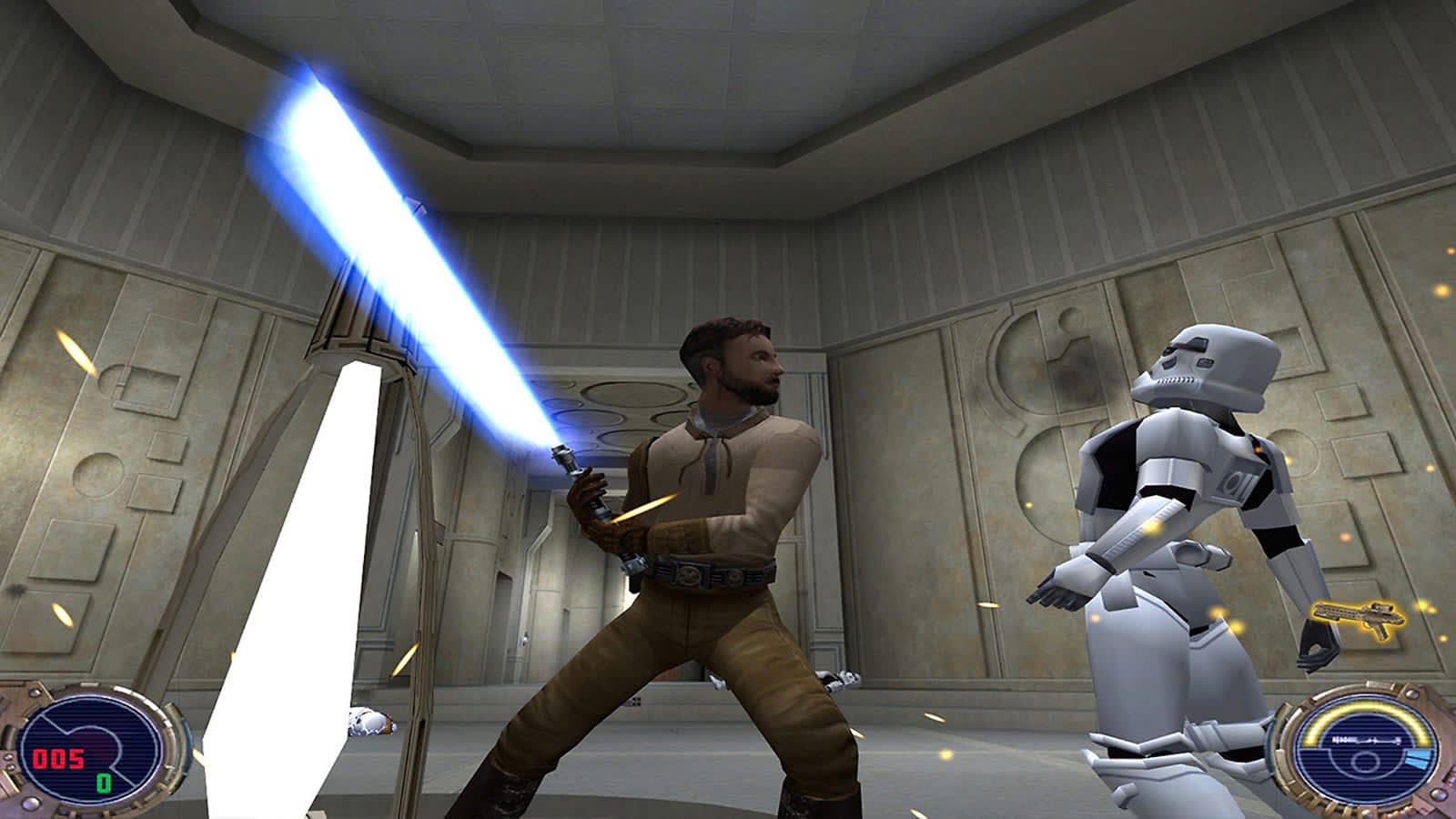 Fans of Star Wars games just got a rare nostalgia trip on modern consoles. As teased during Nintendo's Direct earlier in the month, Aspyr has released Jedi Knight II: Jedi Outcast for the Switch and PS4 at a modest $10 price. The revived 2002 title puts you in the shoes of series hero Kyle Katarn after he cut links with the Jedi and the Force, only to realize he needs to return to the fold to fight off a growing menace. It's not a visual overhaul by any stretch (get ready for blocky characters and maps), but you will have modern controls. Switch owners, for example, can use motion to fine-tune their lightsaber swings and blaster shots.

This probably wouldn't be the fans' first choice for a Star Wars game revival. While Jedi Outcast was generally very well-received, many would point to the original Jedi Knight (itself a sequel to Dark Forces) as the go-to game in the series. This launch is dictated as much by Aspyr's access to the LucasArts back catalog as anything. Still, this is a good way to revisit a game that hasn't been available on consoles for over a decade.

Source: PlayStation.com, Nintendo
In this article: aspyr, av, games, gaming, jedi knight ii jedi outcast, jedi outcast, lucasarts, ps4, star wars, switch, video, video games
All products recommended by Engadget are selected by our editorial team, independent of our parent company. Some of our stories include affiliate links. If you buy something through one of these links, we may earn an affiliate commission.