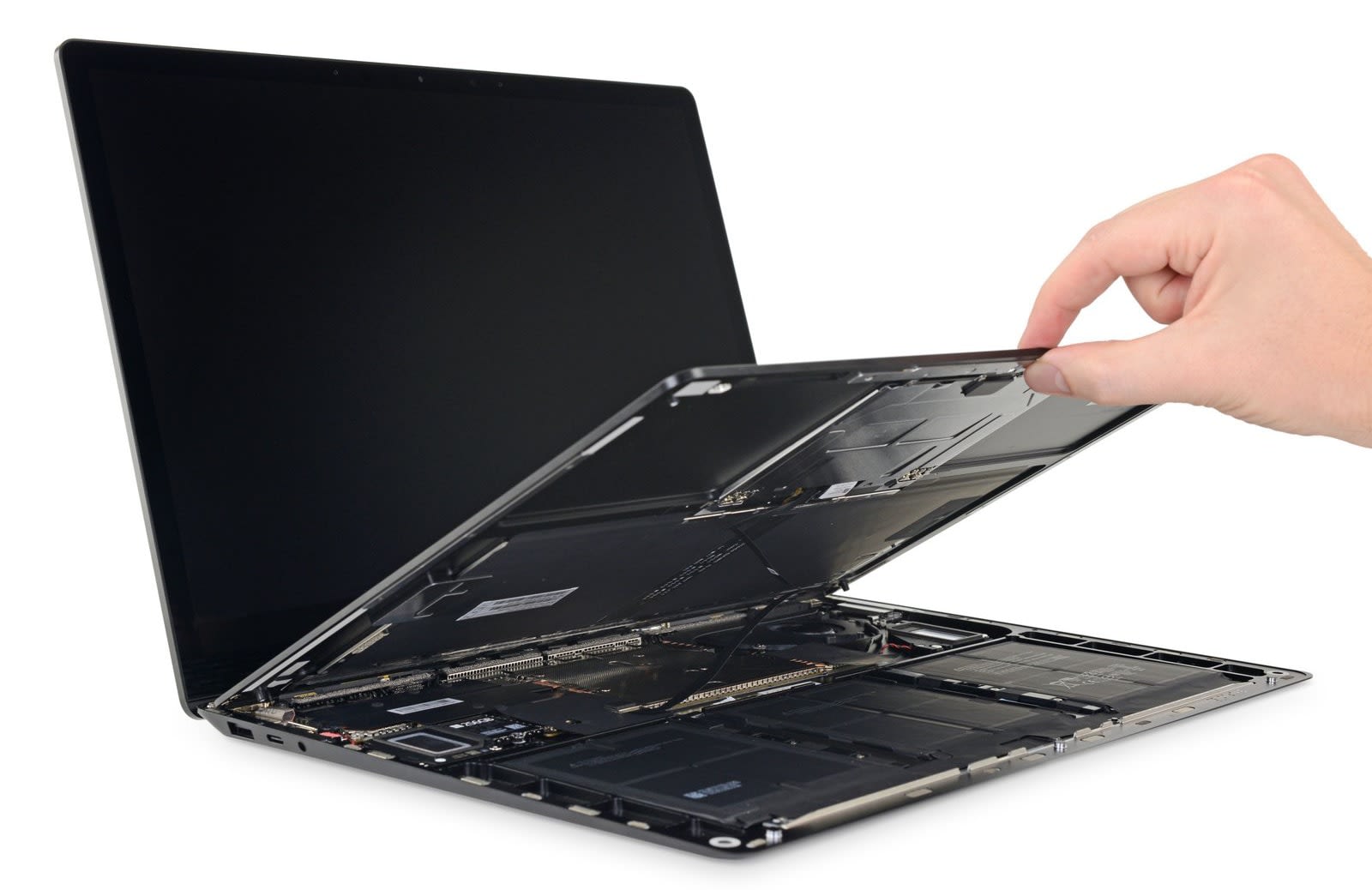 When Microsoft introduced the Surface Laptop 3 earlier this month, Chief Product Officer Panos Panay casually lifted its top assembly (the part that contains the keyboard) on stage to show that it was designed better than its predecessors. Now, iFixit's teardown has proven that it truly is quite easy to open the device, which could mean not just a more repairable laptop, but an overall better one compared to previous Surface devices.

After removing the screws at the bottom of the laptop, the iFixit team was easily able to lift the whole top cover assembly. It was only tethered to the remainder of the device with a single flex cable, after all, and it's secured not with glue, but with magnets. Its SSD is also easy to remove, and hence easy to replace if you're going for an upgrade.

As iFixit notes, the new Surface's internal design shows a "dramatic improvement" over its predecessors', and Microsoft made it happen without making the device look thicker or clunkier than its older siblings. While it retained some of the previous Surfaces' elements, such as its firmly glued-down battery, the teardown authority believes this laptop shows the line's bright future.

Source: iFixit
In this article: gear, ifixit, microsoft, personal computing, personalcomputing, Surface Laptop, Surface Laptop 3, teardown
All products recommended by Engadget are selected by our editorial team, independent of our parent company. Some of our stories include affiliate links. If you buy something through one of these links, we may earn an affiliate commission.