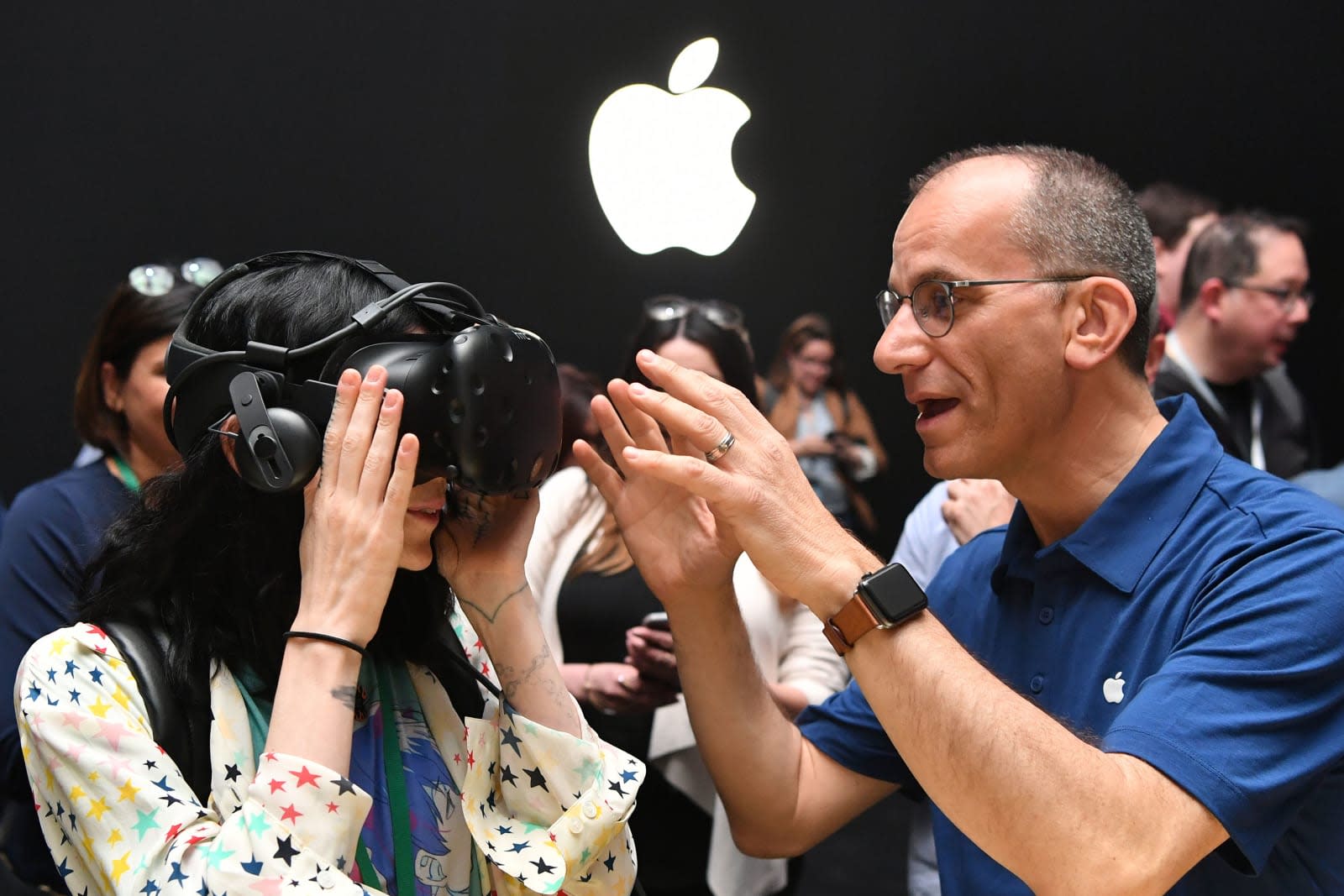 You might not want to get your hopes up for an Apple augmented reality headset in 2020 despite evidence of progress. The Information sources claim Apple held an internal presentation in October where it expected to release the AR headset (really a mixed AR/VR headset) in 2022, and AR glasses in 2023. There would be reasons for the wait, however. If the leak is accurate, Apple will try to push the boundaries of AR technology.

The design would superficially resemble an Oculus Quest, but it would have "high-resolution" eyepieces (possibly the previously rumored 8K displays) that would let you read "small type." And while the presence of cameras on the outside is practically expected for headsets at this point, Apple would promise a relatively seamless experience that would let people stand both in front of and behind digital objects.

The glasses, meanwhile, aren't as well-defined. Existing prototypes reportedly resemble "high-priced sunglasses" that have "thick frames" to house the processors and battery. Apple has explored the prospect of lenses that darken whenever you're using AR and alert people nearby (it recently applied for a patent for this), although it's far from certain this will see use. The company is apparently confident in the technology, at least. Senior managers supposedly told employees that later versions of the glasses could obviate the need for iPhones in "roughly a decade," an Information source said.

Apple has unsurprisingly declined to comment, and it's important to stress that a lot can happen in the space of two-plus years. It wouldn't be surprising if the designs were changed, delayed or even cancelled outright. If they're real, though, they suggest that Apple is playing a very long game when it comes to AR and VR -- it's willing to wait years to release headwear it likes rather than rushing something to compete with the likes of HTC and Oculus.

In this article: apple, ar, augmented reality, gear, mixed reality, mobile, n301, virtual reality, vr, wearable, wearables
All products recommended by Engadget are selected by our editorial team, independent of our parent company. Some of our stories include affiliate links. If you buy something through one of these links, we may earn an affiliate commission.