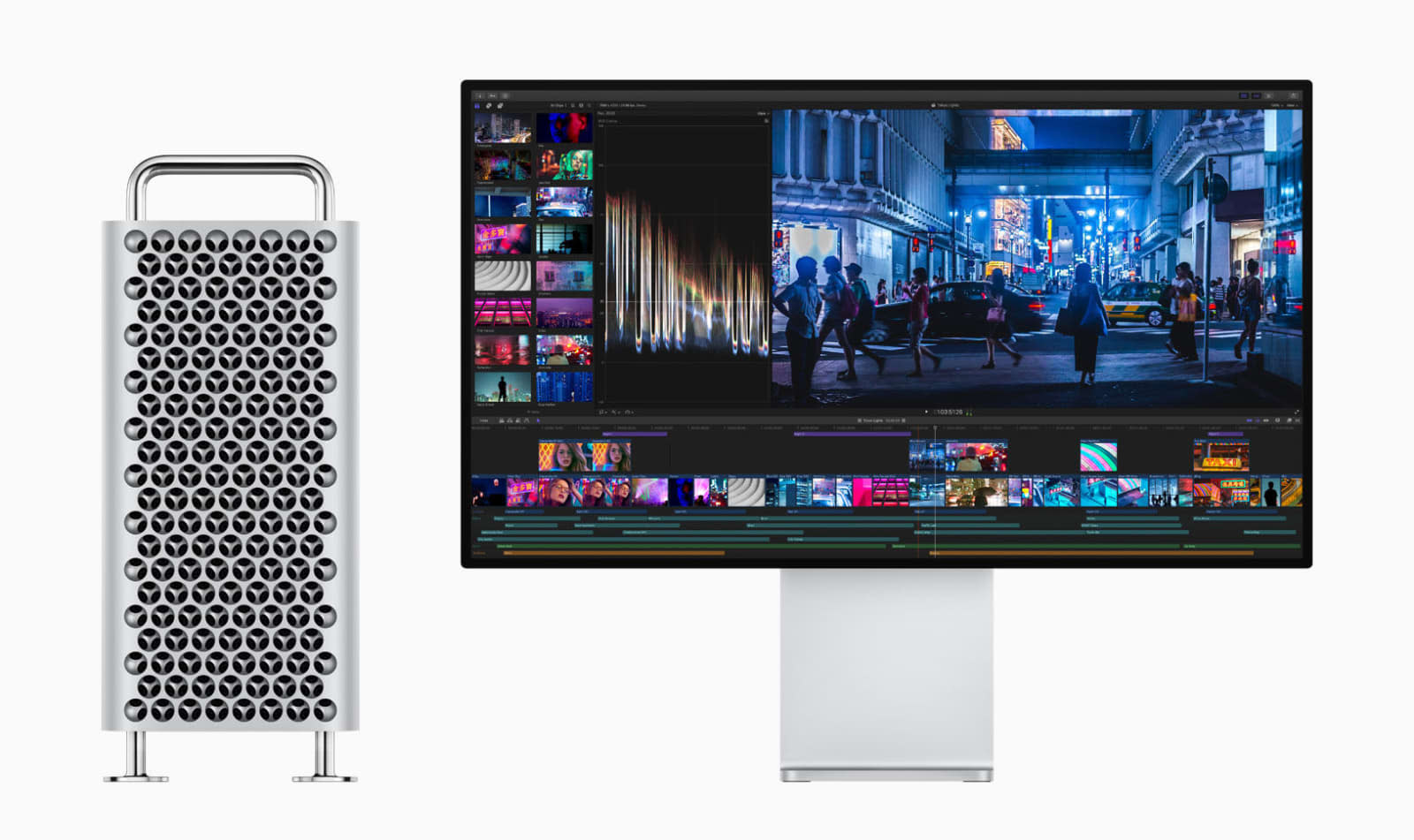 After unveiling the new, 100-percent more cheese-grater-inspired Mac Pro back in June, the company promised it would ship this fall. Apple just narrowed that timeline a bit more: A spokesperson tells Engadget that the machine will arrive in December. As our most pedantic commenters would point out, that means as long as it arrives before the winter solstice on December 21, the Mac Pro is on schedule. That's not terribly surprising -- DJ Calvin Harris recently posted images of the Mac Pro to his Instagram Stories, suggesting the machine was in final enough shape that Apple was comfortable seeding it to influencers and pro creators.

Though Apple still won't say exactly what day the Pro will go on sale, it did revise one of its performance claims. A spokesperson now says that the machine can handle six simultaneous 8K streams, up from the previous claim of three streams, made back when the machine was unveiled at WWDC in June. Apple chalks that up to further optimizations from the Final Cut Pro development team, suggesting we're not in for any major hardware revisions ahead of launch. We'll look forward to putting that claim to the test once the Mac Pro becomes available (whenever that is).

If laptops are more your thing, though, Apple has just lifted the covers off its new high-end MacBook. The 16-inch MacBook Pro replaces the 15-inch model, and is available to pre-order today.

In this article: apple, gear, mac pro, personal computing, personalcomputing
All products recommended by Engadget are selected by our editorial team, independent of our parent company. Some of our stories include affiliate links. If you buy something through one of these links, we may earn an affiliate commission.