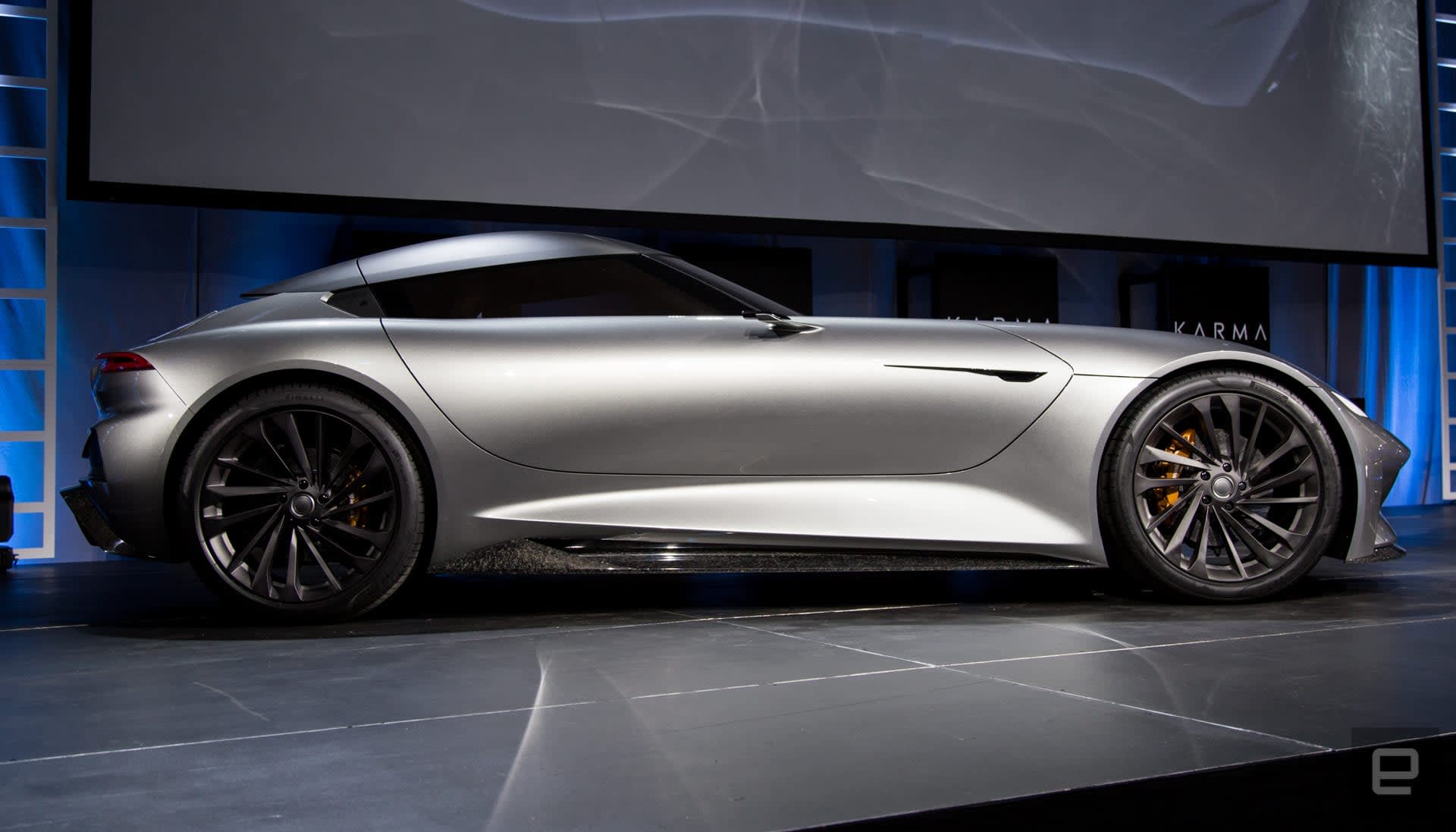 Karma builds very fancy, very sleek luxury cars. The Revero GTS and SC2 concept vehicles unveiled at the LA Auto Show are no different. Both cars seem like the type of vehicle a crime-fighting billionaire would drive on their day off.

The niche Southern California automaker certainly knows how to build a beautiful car. But it takes more than a pretty face to get folks to give you their money.

The hybrid Karma GTS (which is more likely to show up on the road) has two electric motors and a single 3-cylinder range extender. Karma is using a BMW engine to keep the vehicle on the road for longer (360 miles) than the vehicle's EV range of 80 miles. The combination motors and engine push out 536 horsepower and the car can do zero to 60 in 3.9 seconds. The new launch mode activates the range extender to provide maximum power. It launches with both motors and the engine at once.

The SC2 concept car is the automaker's futuristic vision. It's really a lot of tech that's a bit ridiculous. For example the 1,100 horsepower and 10,500 pounds-foot of torque. Plus the company says it'll do zero to 60 in less than 1.9 seconds. Finally, the pie-in-the-sky specs throw in a range of 350 miles.

What's cool, is that the car will also record your drive on video so you can re-experience that journey (if you want). Probably while getting your back fixed after launching the vehicle to 60 miles an hour in less than two seconds with 10,500-foot-pounds of torque.

Oh, and it's a convertible with scissor doors. It really is the entire package of all the cool things you want from a concept car.

The Karma GT which has already been announced will be ready in 2021. No word on when the GTS will make it to the garages of the super-rich.

The automaker doesn't want to go it alone and is more than happy to share its products for a price -- Karma wants to license its tech to other companies. That includes its battery skateboard, it's propulsion system, it's cockpit tech and its network (including its own cloud). Building cars is really a way to show off the technology it's building.

The GTS looks cool. But the SC2 is next level and I'm sure it'll never make it to market because it'll snap the necks of drivers. Hopefully, the design will end up in the automaker's stable of road-ready cars or at least from one of its partners.

Source: Karma
In this article: electric car, electric vehicle, ev, gear, green, Karma, laautoshow2019, SC2, tomorrow, transportation
All products recommended by Engadget are selected by our editorial team, independent of our parent company. Some of our stories include affiliate links. If you buy something through one of these links, we may earn an affiliate commission.