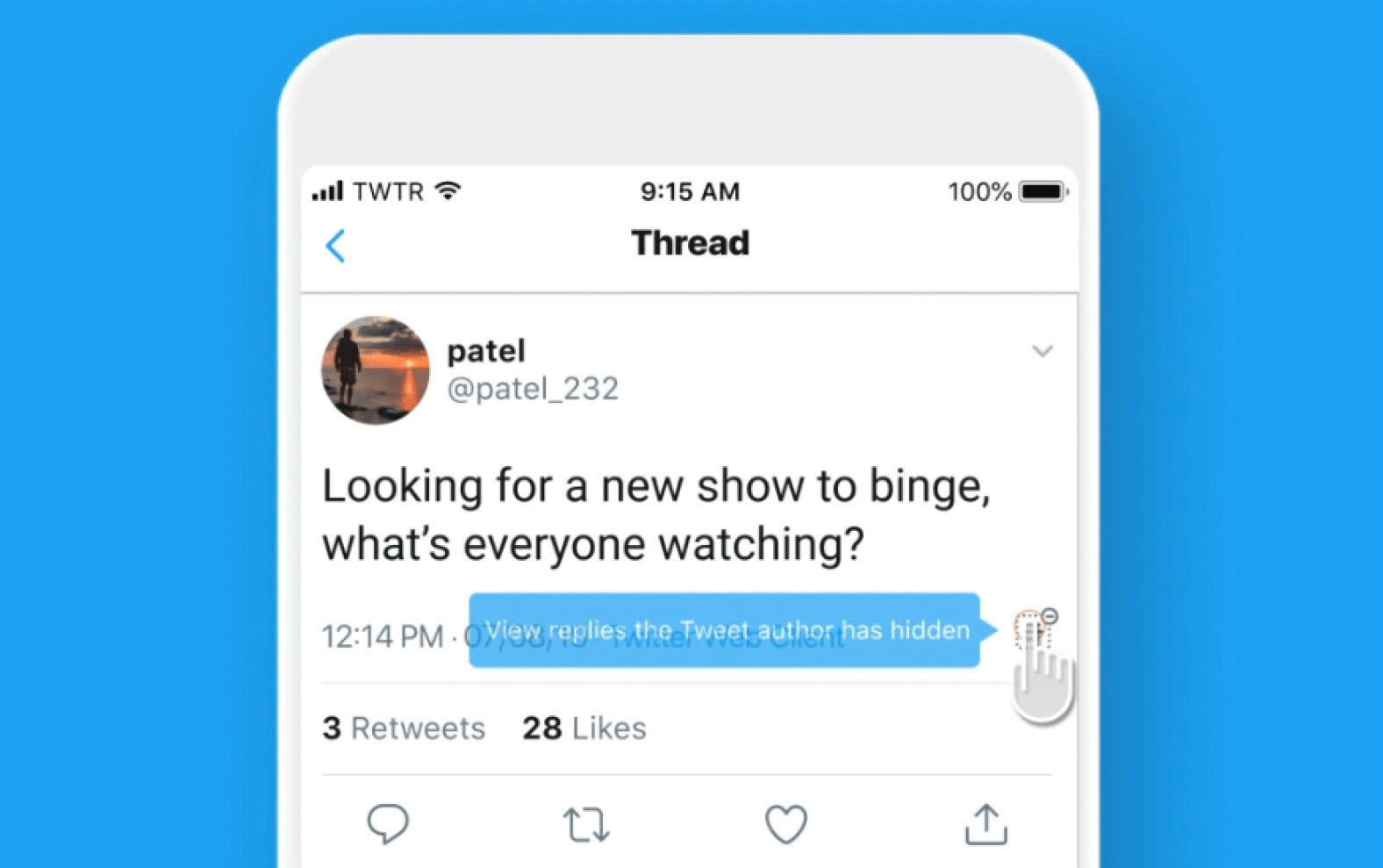 After months of testing, Twitter users everywhere will now have the ability to hide replies to their tweets. Rather than delete an inappropriate or offensive message forever, the new option allows you to curate the conversation. Other people can still see the responses to your tweets by tapping on the grey icon that appears after hiding a reply. The feature is available on both the main and Twitter Lite mobile apps, as well as on the web.

During testing, Twitter says it found people mostly used the feature to take attention away from tweets they thought were "irrelevant, off-topic or annoying." In Canada, where the company first started testing the feature, Twitter says 27 percent of people who had their replies hidden by another user said they would think about their actions in the future. However, Twitter also acknowledged that the tool still needs some tweaking. The company found that some people didn't take advantage of the feature out of fear of retaliation since there's an icon that shows they've taken action.

The wider rollout of a feature like hidden replies comes at a time when Twitter says it's getting better at policing its platform. According to the company's Q3 2019 earnings report, it now removes more than 50 percent of abusive tweets before they're flagged by a user. However, the company also appears acutely aware that it still has a lot of work to do. "Everyone should feel safe and comfortable while talking on Twitter," said Suzanne Xie, director of product management at Twitter, in the blog post announcing the wider rollout of hidden replies. "To make this happen, we need to change how conversations work on our service."

Starting today, you can now hide replies to your Tweets. Out of sight, out of mind. pic.twitter.com/0Cfe4NMVPj

In this article: hidden replies, internet, social, social media, tweets, twitter
All products recommended by Engadget are selected by our editorial team, independent of our parent company. Some of our stories include affiliate links. If you buy something through one of these links, we may earn an affiliate commission.