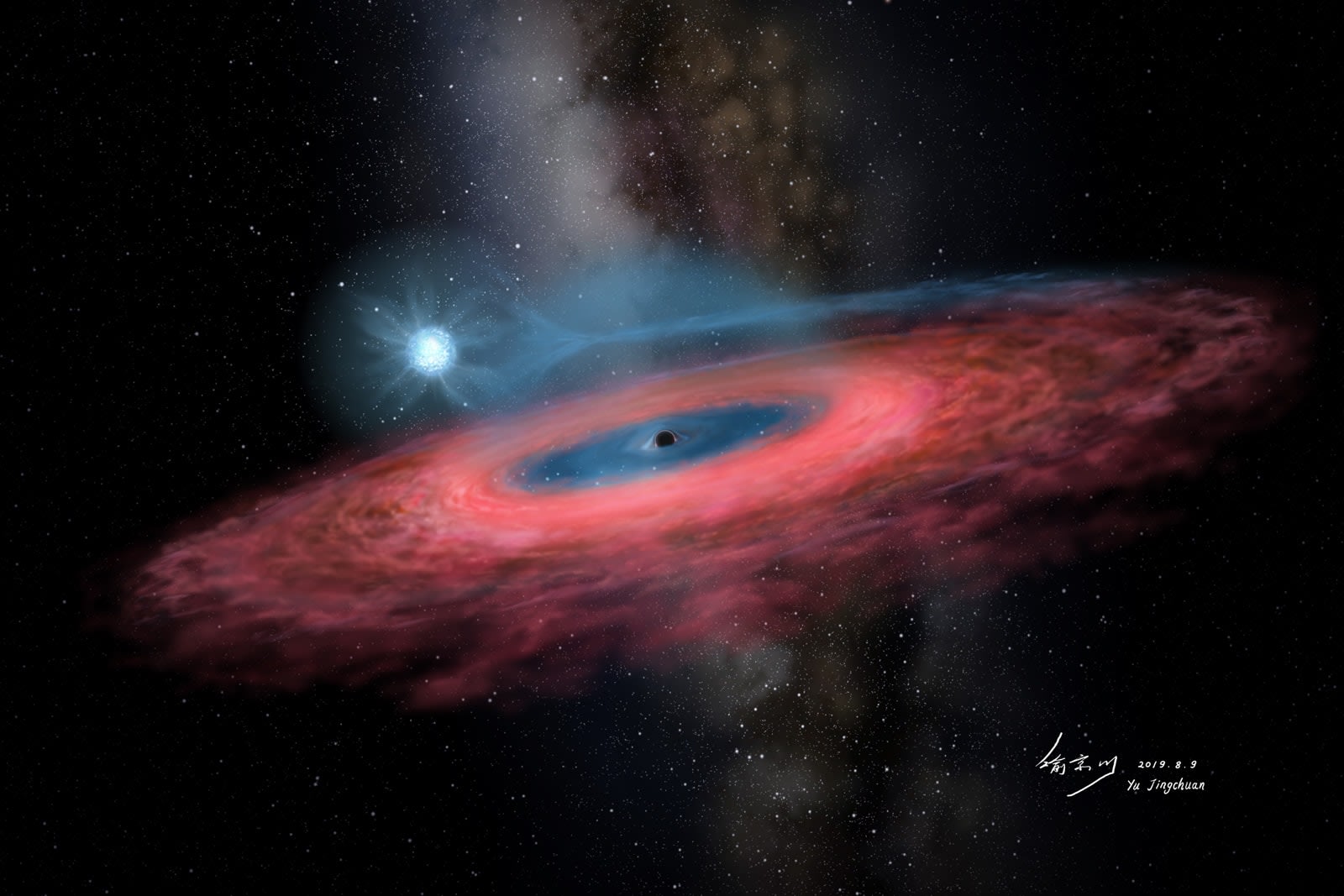 Just because there's a picture of a black hole doesn't mean astronomers have figured out how they work. Chinese-led researchers have detected a stellar black hole in the Milky Way with a mass so large that it breaks current stellar evolution models. LB-1, a black hole 15,000 light-years away, has a mass 70 times greater than that of the Sun -- previous estimates suggested that no stellar black hole would have more than 20 times the Sun's mass. Scientists expected many dying stars to shed most of their gas, making something this large impossible without readjusting theories.

The team used China's Large Sky Area Multi-Object Fiber Spectroscopic Telescope (LAMOST) to find stars orbiting objects that are seemingly invisible -- a technique that had been proposed back in 1783, but hadn't really been possible until recently. They then used both the US' Keck I telescope and Spain's Gran Telescopio Canarias to determine the properties of both the star (in a tight, 79-day orbit) and its companion black hole. Previous detection methods required looking for holes eating gas from a star, making sightings relatively rare.

Expectation-shattering discoveries aren't new, even in recent memory. Astronomers recording gravitational waves have found that the colliding black holes producing the waves are far larger than usual. However, this could force a significant rethink of how stellar black holes are born. That, consequently, could change how humanity understands galactic activity on a broader level.

Via: CNN
Source: EurekAlert, Nature
In this article: astronomy, astrophysics, black hole, lamost, lb-1, milky way galaxy, naoc, national astronomical observatory of china, science, space, tomorrow
All products recommended by Engadget are selected by our editorial team, independent of our parent company. Some of our stories include affiliate links. If you buy something through one of these links, we may earn an affiliate commission.