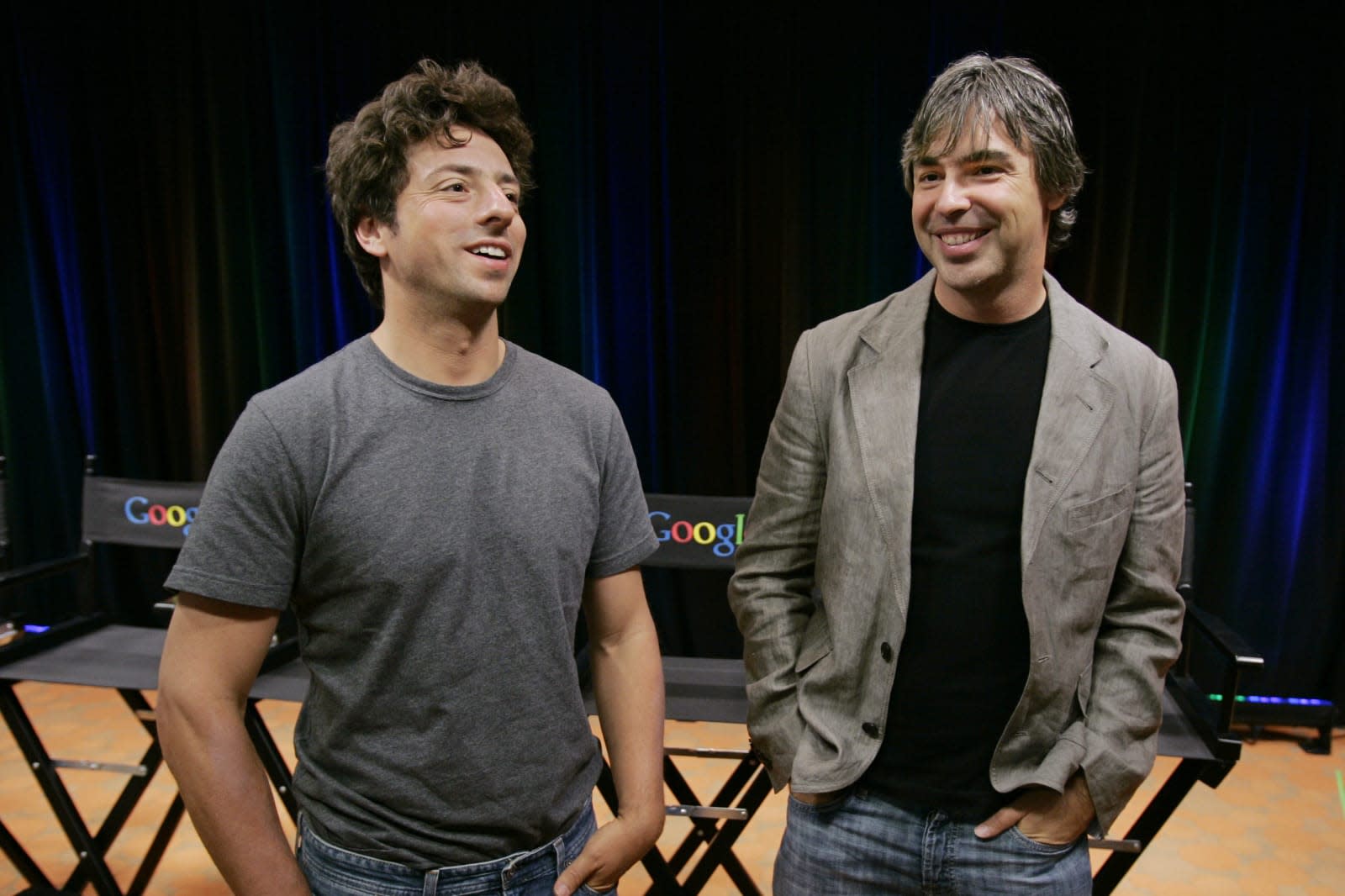 Google's co-founders are taking a backseat. Alphabet has announced that Larry Page and Sergey Brin are stepping down as the respective CEO and President of the company, with Google CEO Sundar Pichai taking the lead at both companies effective immediately. Page and Brin will still be involved as co-founders, board members and shareholders, but they're relinquishing their leadership roles for the first time in a long while.

I'm excited about Alphabet's long term focus on tackling big challenges through technology. Thanks to Larry & Sergey, we have a timeless mission, enduring values and a culture of collaboration & exploration - a strong foundation we'll continue to build on https://t.co/tSVsaj4FsR

The two outgoing execs explained this as a "natural time" to streamline management now that Alphabet is "well-established" and its various brands (including Google) are operating smoothly as independent companies. Alphabet and Google just don't need two CEOs and a President, Page and Brin said. They pointed to Pichai as a logical pick given both his extensive experience and his "confidence in the value of the Alphabet structure."

In other words, Pichai is unlikely to toss out the existing formula. Alphabet will continue to rely heavily on search, cloud services, Android and Chrome, all the while branching out with more adventurous efforts like Loon and Waymo.

With that said, the management shake-up comes at a rough time. Google employees have accused their employer of cracking down on worker organization, taking a lax attitude toward sexual harassment and otherwise being unresponsive to staff concerns. It's also grappling with weighty issues like political ad integrity and accusations of bias. These problems aren't going away now that Pichai has more power -- he'll just carry a heavier workload.

In this article: alphabet, business, gear, google, internet, larry page, sergey brin, sundar pichai
All products recommended by Engadget are selected by our editorial team, independent of our parent company. Some of our stories include affiliate links. If you buy something through one of these links, we may earn an affiliate commission.