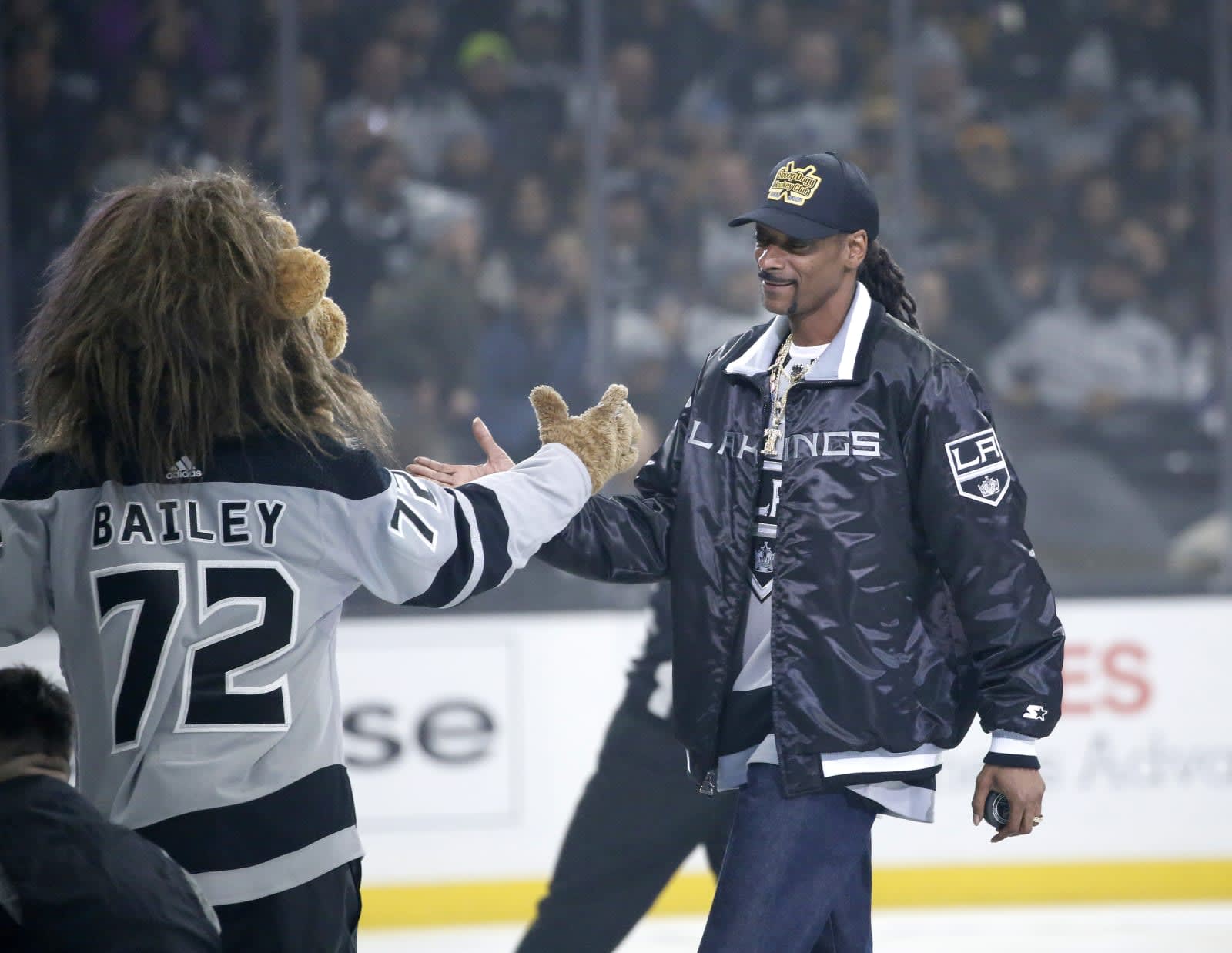 EA has been letting loose a bit with NHL 20, having recently added the likes of Toronto Raptors' Kyle Lowery, Minnesota Vikings' Adam Thielen and Pittsburgh Steelers' Juju Smith-Schuster -- none of whom are pro hockey players. Another big name you might not immediately associate with the NHL has just joined the ranks: Snoop Dogg.

The developer teased the addition of the legendary rapper to the game earlier this week, and with an update that dropped Thursday, Snoop pulled on his virtual skates to become a playable character in the World of Chel mode. Not only that, you'll hear him dropping (like it's hot) in as a guest commentator. Snoop actually has some experience on that front, as he called a Los Angeles Kings game in January.

The LA Kings had Snoop Dogg in the booth doing play-by-play tonight and it was amazing pic.twitter.com/SbyFc8U4LF

When EA announced NHL 20 in June, it hinted at plans to rope in celebrity guests, such as Will Ferrell, Drake, Wayne Gretzky and Snoop, so there might be other surprise commentators on the way. For now, you might listen to Snoop urging players to "Pass It, Pass It."

Source: EA Sports NHL(Twitter)
In this article: av, ea sports, easports, games, gaming, nhl, nhl 20, nhl20, snoop dogg, snoopdogg, video games, videogames
All products recommended by Engadget are selected by our editorial team, independent of our parent company. Some of our stories include affiliate links. If you buy something through one of these links, we may earn an affiliate commission.