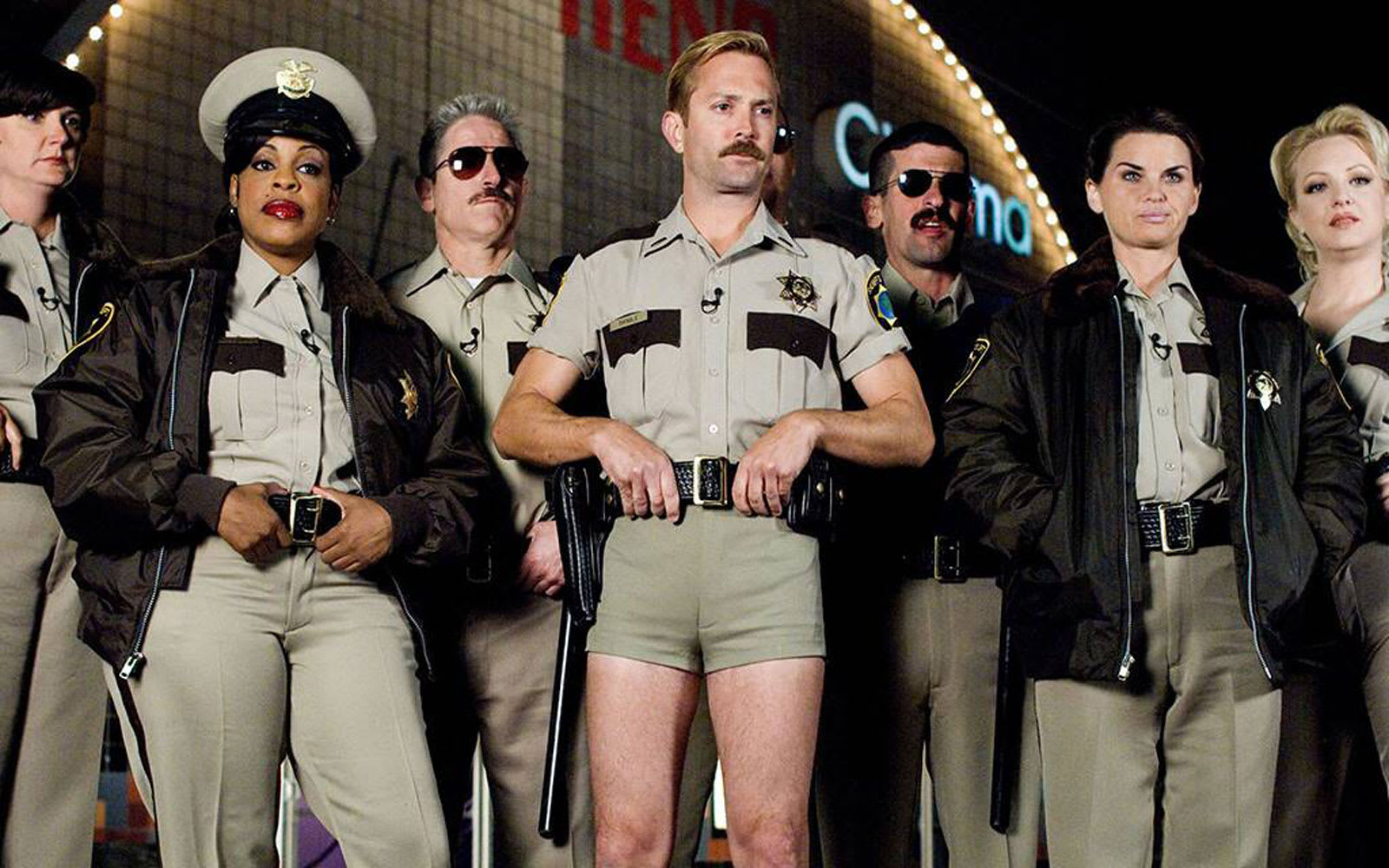 It looks like Punk'd isn't the only mid-aughts TV series that's coming back thanks to Quibi. Comedy Central says it's making a seventh season of Reno 911!, 10 years after the series came to an abrupt end, for the mobile-first streaming platform.

Series creators Robert Ben Garant, Thomas Lennon and Kerri Kenney-Silver will return to star in and write the reboot -- we use the term write loosely here since most of the dialogue in Reno 911! was famously improvised. As for the rest of the cast, they'll be announced at a later date. It's hard to say how many of the show's original stars will return; several characters passed away when the taco stand went up in flames in season five. The original six seasons aired between 2003 and 2009, and spawned a movie in 2007.

Lennon said, "Quibi's short format seems custom made for our show." Most episodes on Quibi, whether they come from Reno 911! or another series, will be about 10 minutes long. Lennon is also working on another series for Quibi called Winos where he'll star as a Silicon Valley entrepreneur who moves to Napa Valley to try and turn around a struggling vineyard.

You'll be able to see if Quibi's experiment in short-form content works when the service launches on April 6th. A subscription will set you back either $5 or $8 per month depending on whether you go for the more expensive ad-free tier.

Via: Variety
Source: Comedy Central
In this article: av, entertainment, mobile, quibi, reboot, reno 911!, streaming, TV, video streaming
All products recommended by Engadget are selected by our editorial team, independent of our parent company. Some of our stories include affiliate links. If you buy something through one of these links, we may earn an affiliate commission.