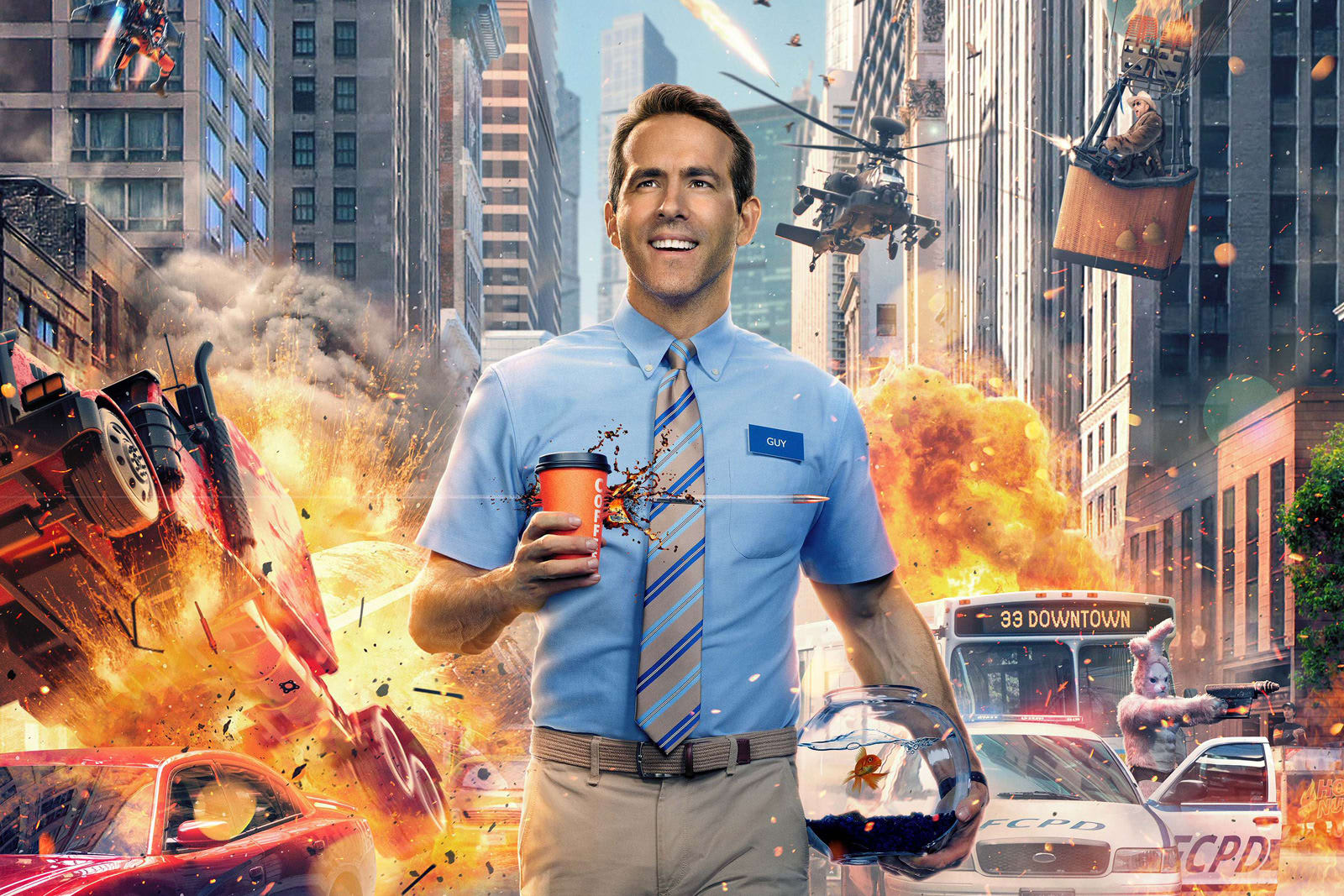 Fox has posted the first trailer for the video game action-comedy Free Guy, and it appears ready to answer a lingering question: what if the trivial non-player characters in your favorite shooter realized they were in a game? The clip shows actor, producer and new wireless magnate Ryan Reynolds as a blissfully oblivious NPC who fulfills his background role in a Grand Theft Auto-style game until he questions his purpose and, naturally, becomes a hero that saves his virtual world.

The storyline on display is predictable, but that's clearly part of the point. Really, the focus here is on nods to the absurd game logic that wouldn't hold up in real life. Who in their right mind would treat non-stop gunfights and car crashes as normal? There are also cute touches, such as the feeling you'd get from using a video game medkit (spoiler: it's like getting high on drugs).

The movie hits theaters on July 3rd, 2020. We wouldn't expect a profound meditation on the philosophies of gaming, and even its "question the status quo" message isn't particularly deep. It might just be fun, though, and might be appealing if you thought Reynolds' other video game movie wasn't your cup of tea. With that in mind, life-is-a-video-game movies have mixed track records. For every well-received production like the Wreck-It Ralph series, there's a Pixels just waiting to sour your opinion of video game movies for years -- let's hope this is more like the former.

Via: SlashFilm
Source: 20th Century Fox (YouTube)
In this article: 20th century fox, av, entertainment, fox, free guy, games, gaming, movie, movies, ryan reynolds, trailer, video, video games
All products recommended by Engadget are selected by our editorial team, independent of our parent company. Some of our stories include affiliate links. If you buy something through one of these links, we may earn an affiliate commission.