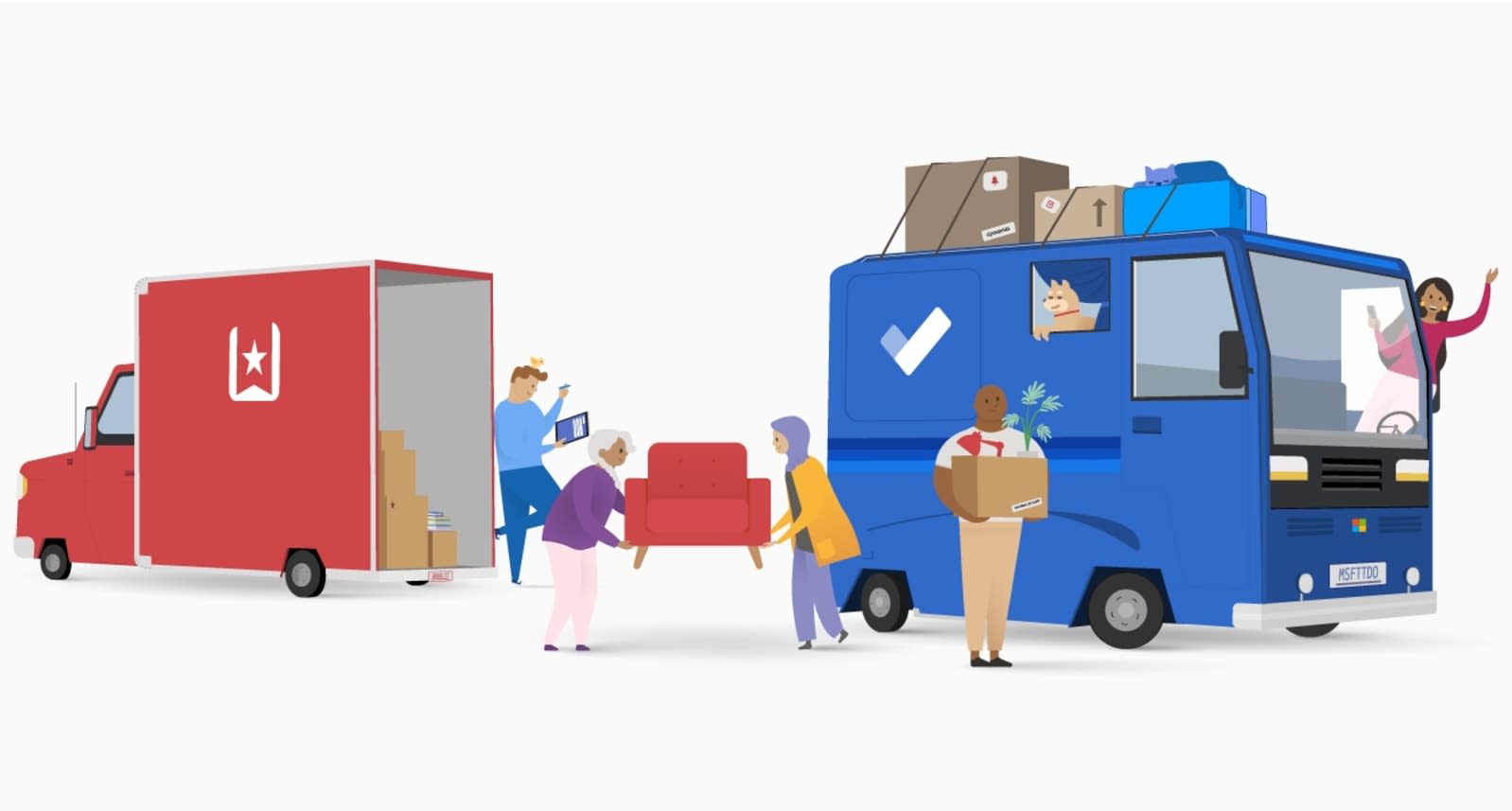 Over two and a half years after Microsoft said it'd one day kill to-do service Wunderlist in favor of its own To Do app, it has revealed when it'll drop the ax: May 6th. After that time, Wunderlist's to-do lists won't sync anymore and you'll have a limited time to export lists from there into To Do. As of today, Microsoft won't accept any more sign-ups for Wunderlist.

Microsoft bought Wunderlist creator 6Wunderkinder in 2015 and announced To Do (or To-Do, as it was known then) in April 2017. It launched a redesigned version of To Do in September, which brought the service closer in line with Wunderlist's feature set while deepening its integration with several Microsoft services, including Outlook, Microsoft Planner and Cortana.

The plan to put Wunderlist out to pasture has been in the works for a long time. Despite founder Christian Reber's offer to buy back the service, it'll wind down in less than five months.

Via: TechCrunch
Source: Wunderlist
In this article: gear, microsoft, microsoft to do, microsoft to-do, microsofttodo, productivity, services, to do, to-do, todo, wunderlist
All products recommended by Engadget are selected by our editorial team, independent of our parent company. Some of our stories include affiliate links. If you buy something through one of these links, we may earn an affiliate commission.