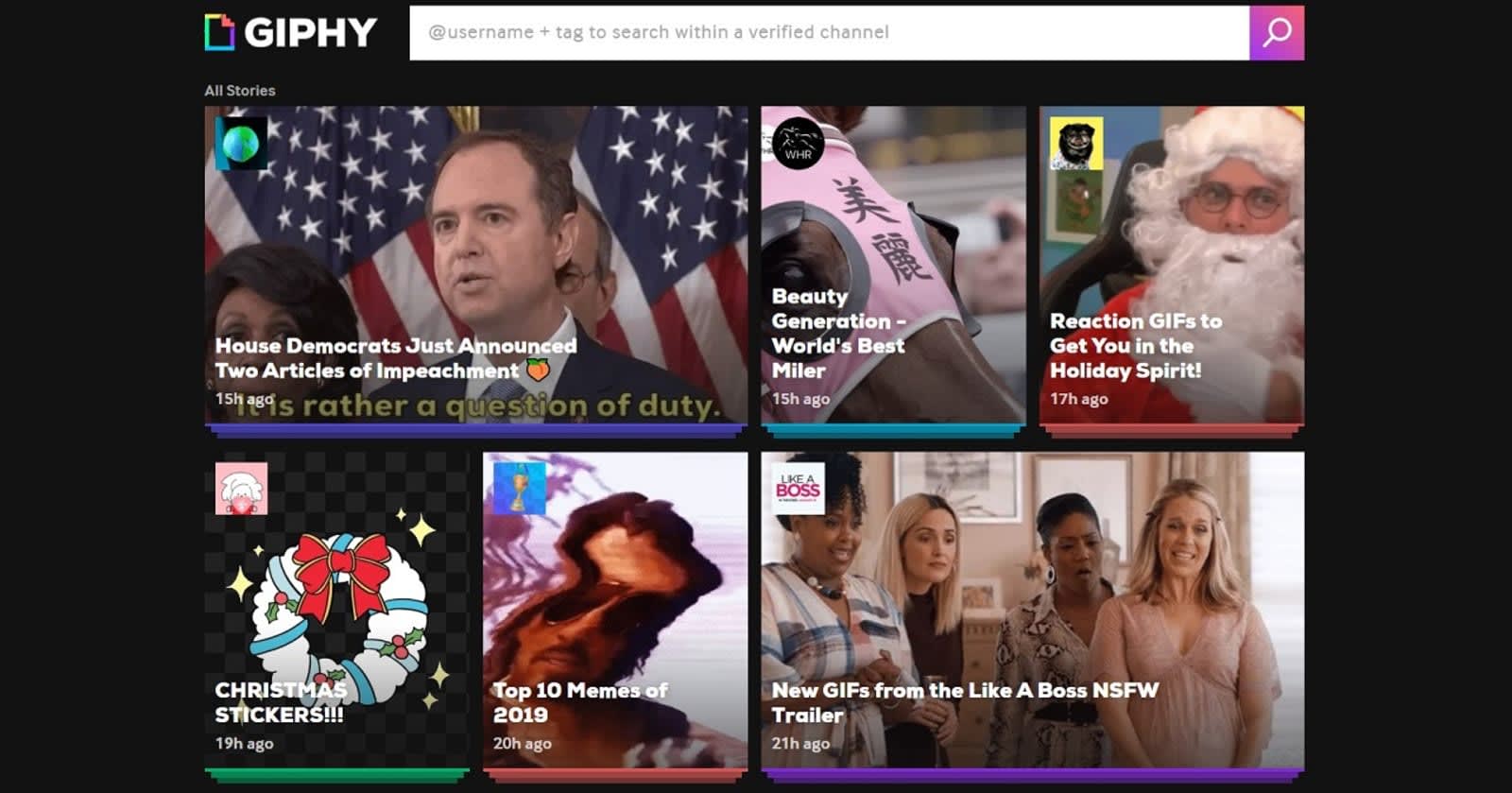 Wherever you side on the pronunciation of GIF (JIF?), it's undeniable that they've become a critical part of our everyday communications. WhatsApp, Twitter and Facebook support them as standard, and you've likely received more than one email from zany creative types with them embedded in their signature. Now, like the silent movie coming of age, they're getting a voice: Giphy is adding sound to its library of animated GIFs and stickers.

The company has previous in pushing the envelope in this area, partnering with Snapchat and then launching its own video platform. Now, as Variety reports, Giphy Video will feature content with audio -- although initially only a number of pre-selected media partners will be involved. Content will come from the likes of Universal Pictures, Geffen Records and BBC America, designed to pique interest in and get people talking about upcoming movies and TV shows. Clips will be capped at 30 seconds, although Giphy is recommending a limit of 15 seconds because... attention spans.

At this juncture, the move is certainly revenue-driven, but the success of audio GIFs will undoubtedly lie in user-generated content -- Imgur did something in this vein last year. As Giphy CEO Alex Chung tells Variety, "It took years for GIFs to be popular." And when they did eventually hit the mainstream, it was meme culture and the Extremely Online types that got them there -- not corporations. But, Chung says, the company has no plans yet to open up the platform to the general population. Still, if the format exists, it won't be long before someone gets it into the hands of regular users -- whether or not that's Giphy remains to be seen.

Source: Variety
In this article: audio, av, content, entertainment, GIF, Giphy, internet, JIF, mobile, movies, services, Video
All products recommended by Engadget are selected by our editorial team, independent of our parent company. Some of our stories include affiliate links. If you buy something through one of these links, we may earn an affiliate commission.