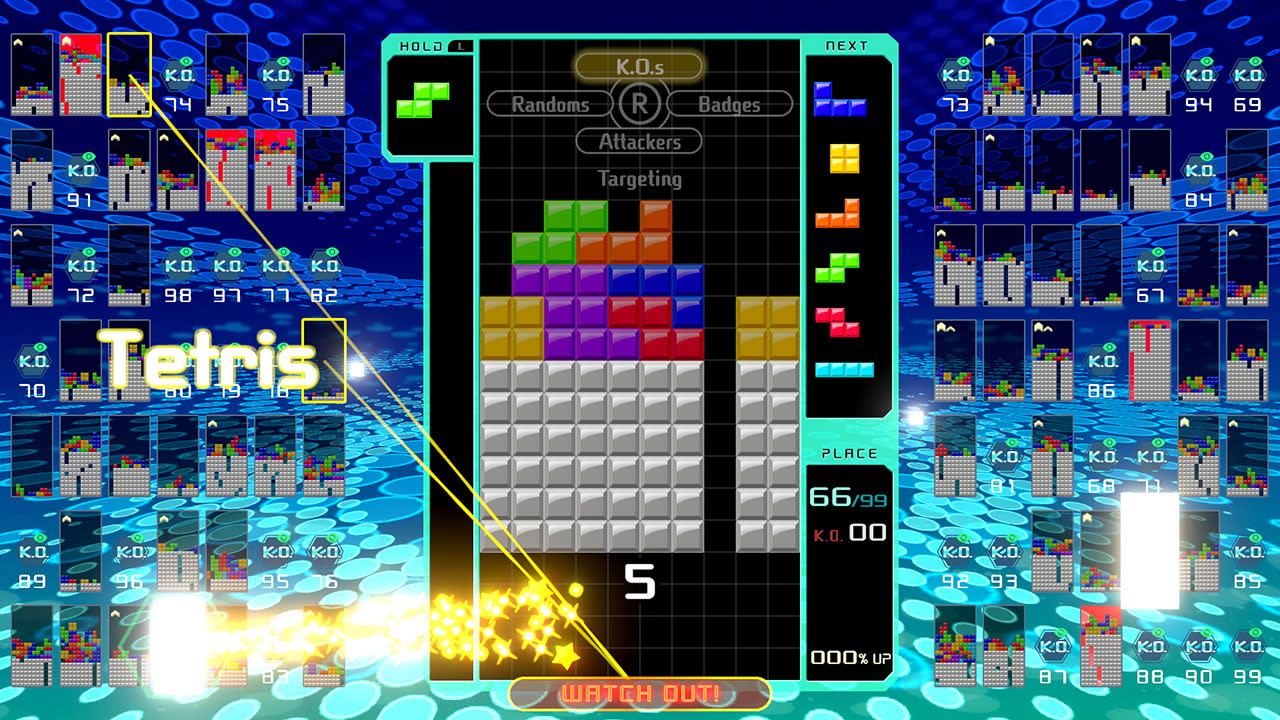 Tetris 99 is one of the best reasons to grab a Nintendo Switch Online membership. The free game pits 99 players against one another in crowded and tense matches. But the game isn't just about endurance; by clearing lines of blocks, players push their competitors' bricks closer and closer to the top line -- and the resulting KO. The title's new Team Battle Mode changes the formula by pitting four groups against each other, but adds some twists.

Rather than forming equally-sized teams, players choose any of the four teams they want to join. To compensate for lopsided teams, smaller groups get a boost in attack power. The group of the last player standing wins. As players get knocked out, they go into spectator mode and have to wait until the game wraps up to receive XP. If you want to play with buddies -- whether in Team Battle Mode or the standard Tetris 99 mode -- you can set up a password-protected game. That said, it would be nice if Nintendo finally figured out how to handle a system-wide friends list like Microsoft and Sony did over a decade ago.

Playing the new Team Battle Mode will also earn players points toward Tetris 99's 10th Maximus Cup, which runs from 11 PM PT on December 12th to 10:59 PM PT on December 16th. The 999 players with the most points will win 999 Gold Points, which can be used toward buying Nintendo eShop downloads.

It's very difficult to win a match of Tetris 99, so by adding a team-based mode, more players will be able to get a taste of victory. The fact that the new mode is free makes it an even better proposition.

Via: Polygon
Source: Nintendo
In this article: av, games, gaming, multiplayer, nintendo, nintendo switch, Nintendo Switch Online, online gaming, switch, Switch Online, tetris, Tetris 99
All products recommended by Engadget are selected by our editorial team, independent of our parent company. Some of our stories include affiliate links. If you buy something through one of these links, we may earn an affiliate commission.