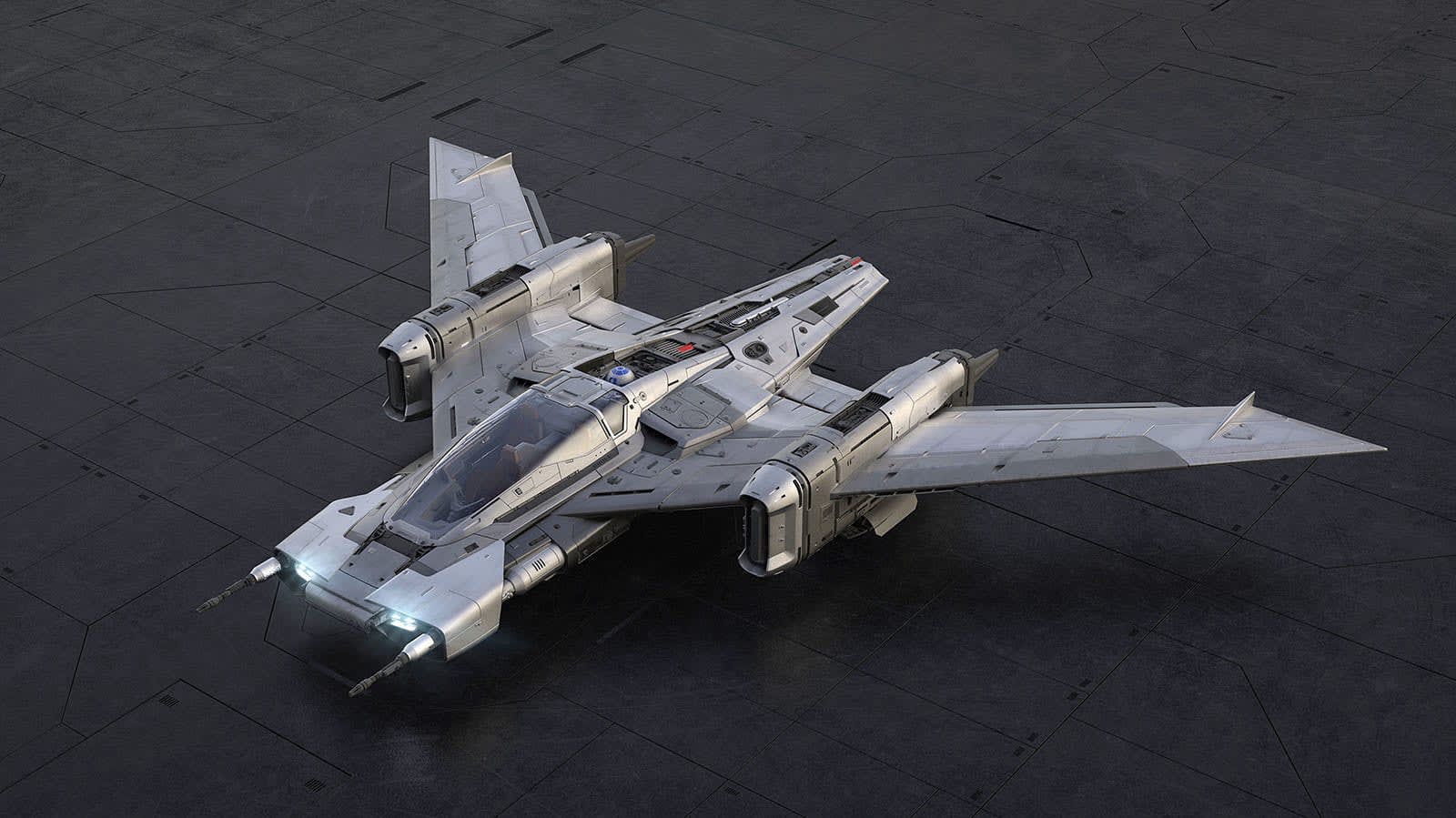 Here's a Star Wars marketing tie-up you may not have seen coming: Porsche has teamed with Lucasfilm to create a fantasy spaceship based on the Taycan EV. While the "Tri-Wing S-91x Pegasus Starfighter" won't appear in Star Wars: The Rise of Skywalker next week, it will be presented as a five foot scale model at the film's LA premiere, Porsche said.

The starfighter aimed to scream "Porsche" while also being instantly recognizable as a Star Wars ship. "The basic shape of the cabin, which tapers towards the rear, and a highly distinctive topography from the cockpit flyline to the turbines establish visual parallels with the iconic design of the 911 and the Taycan," said Porsche design VP Michael Mauer. "The front is reminiscent of the so-called "air curtains" (air inlets) that go together with the headlights to create a single formal entity in the Taycan."

Porsche made a very elaborate "making of" video (above), which is longer than many of the documentaries on its actual cars. During the video, ILM designer Amy Beth Christianson said that Torra Doza's Star Wars: Resistance "Blue Ace" spacecraft was actually based on Porsche's 917 Gulf racer, right down to the paint scheme.

Considering that many of the starships from the Star Wars universe are borrowed from real cars, it seems only fair that Porsche would help design a new starfighter. If you squint you can see some Porsche design touches, like the four-point daytime running lights at the front and light bar in the rear. However, there's no sign of any blasters or R2 unit on the Taycan. Considering the Taycan's EPA range, S-91x pilots might need to have a Rhydonium fueling station or two along their route, too.

Source: Porsche
In this article: av, entertainment, Model, Porsche, S-91x Pegasus, Star Wars, Star Wars: The Rise of Skywalker, Starfighter, Taycan, transportation, Tri-Wing
All products recommended by Engadget are selected by our editorial team, independent of our parent company. Some of our stories include affiliate links. If you buy something through one of these links, we may earn an affiliate commission.