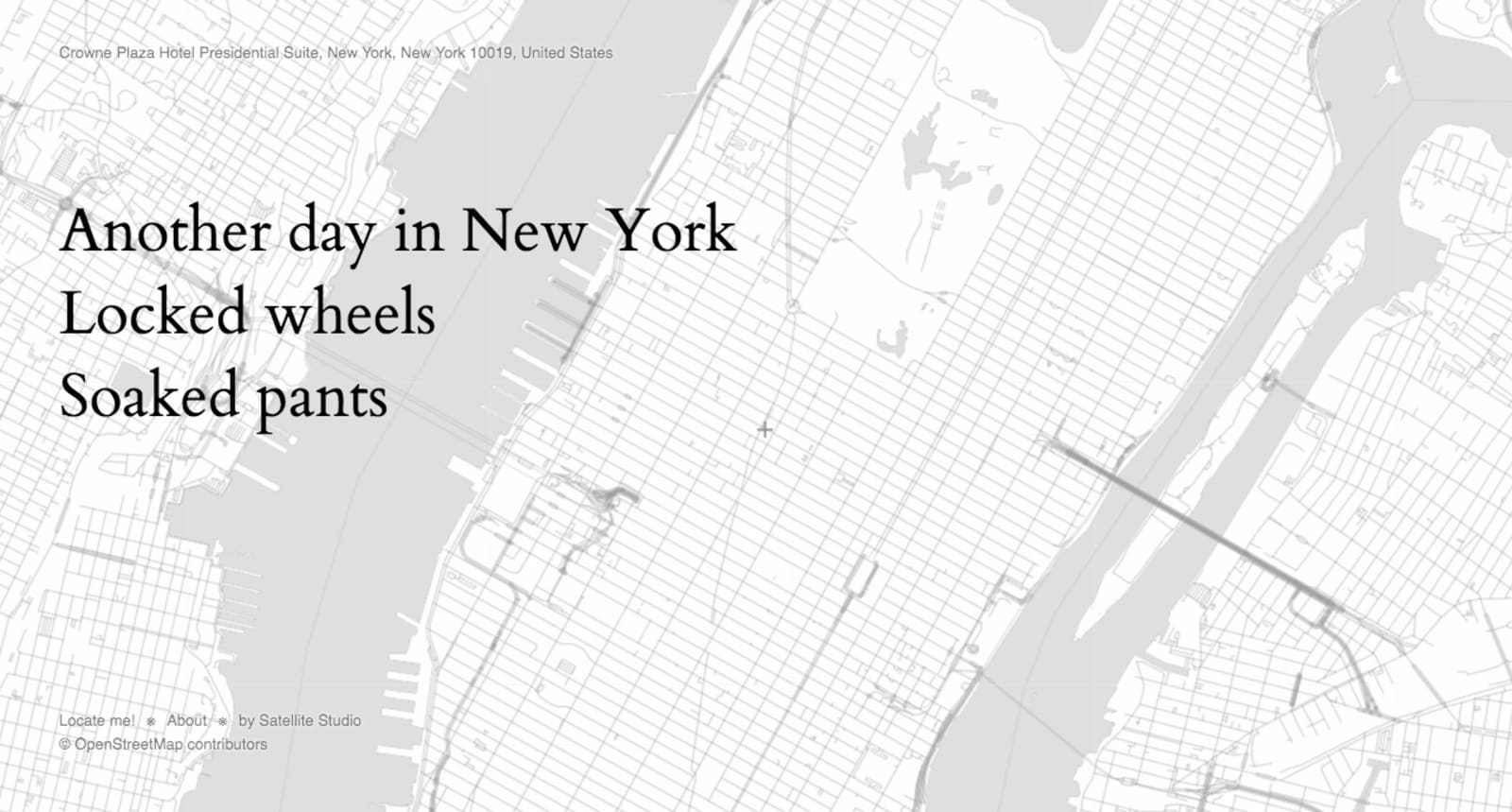 Satellite Studio, a team of designers and developers, has created a fun way to make use of all the information people add to the OpenStreetMap database. It has launched OpenStreetMap Haiku, a website that generates a random haiku based on location -- all you need to do is drag the map around or click "Locate Me" to make a poem automatically appear on screen.

The system considers various aspects of the location you choose using the information users add to OpenStreeMap, a collaborative map project people can edit. It then uses words that can be associated with certain elements: salad, cabbage and carrots, for instance, could show up in the haiku if there's a supermarket in the area. Meanwhile, a swimming pool might produce a verse with the line "smells of chlorine." We don't know if "soaked pants" kept showing up for various places in New York because it's rainy or because of something else, but figuring out where the lines come from is just part of the fun.

According to Satellite Studio, the team was inspired by a project called Every Thing Every Time by artist Naho Matsuda. That project used various data points from Austin, such as the local humidity levels, to generate poetry. Just like Matsuda's project, OpenStreetMap Haiku produces a variety of results, most of which don't follow haiku's 5-7-5 structure. You're bound to read some weird stuff that make no sense, but you'll also find poems that flow beautifully if you just look around.

Via: Fast Company
Source: Satellite Studio, Satellite Studio OSM Haiku
In this article: gear, haiku, internet, OpenStreetMap
All products recommended by Engadget are selected by our editorial team, independent of our parent company. Some of our stories include affiliate links. If you buy something through one of these links, we may earn an affiliate commission.