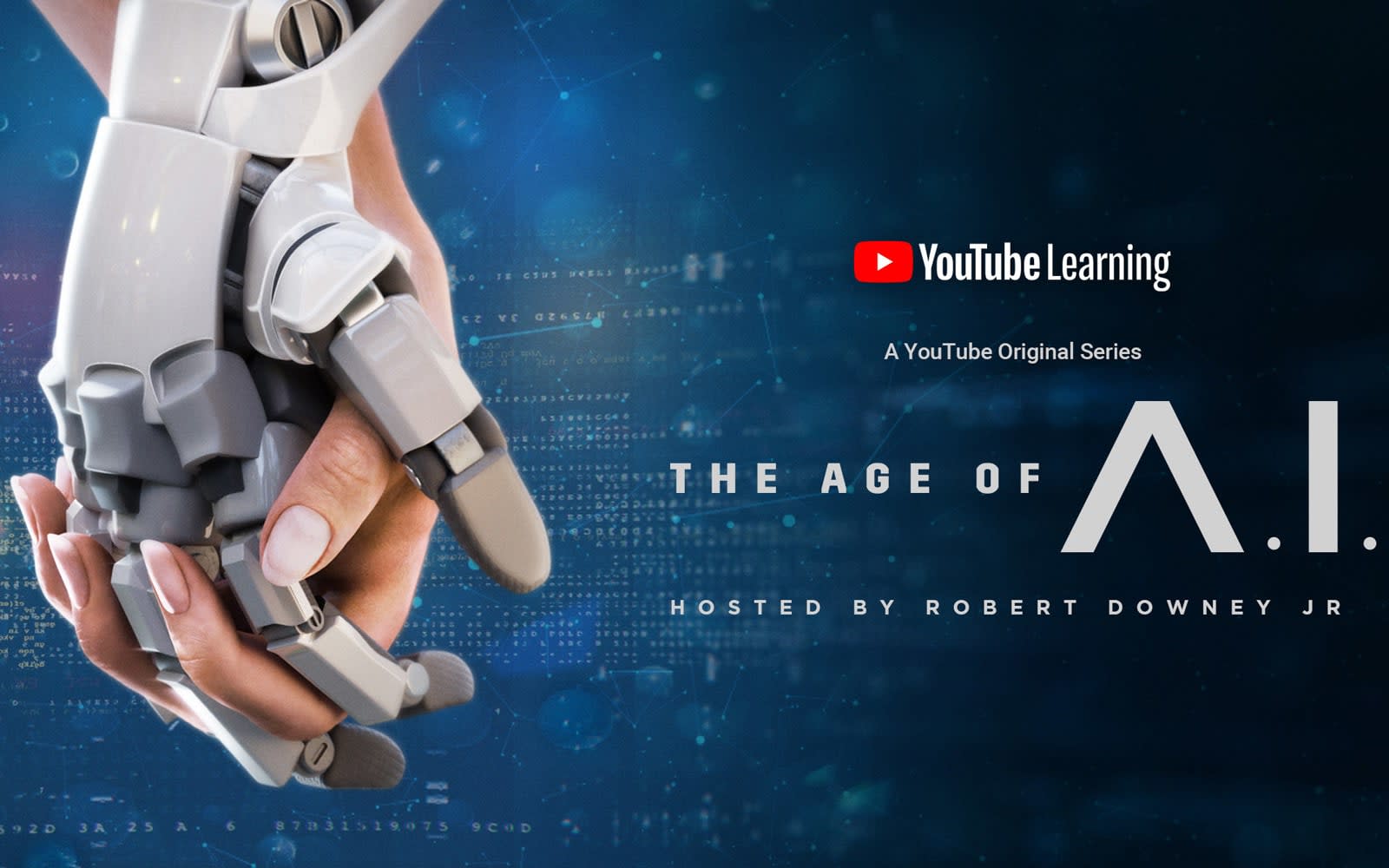 If you've ever had a question about artificial intelligence or how it works, YouTube's latest Originals series, The Age of A.I., tries to answer those questions. The new eight-part show, which is available to watch today after a lengthy wait, features Robert Downey Jr. as he attempts to demystify terms like machine learning and computer vision while showing off some of the latest advancements in the field.

In the debut episode "How Far is Too Far?," the actor introduces viewers to Soul Machines CEO Mark Sagar. Sagar is a special effects artist who worked on films like King Kong and Avatar who is using his expertise in animating faces to create an AI-animated digital avatar for the Black Eyed Peas' will.i.am.

In the second episode, meanwhile, we learn about Project Euphonia, a speech assistance tool Google showed off at I/O 2019. This episode features former NFL linebacker Tim Shaw who has ALS and difficulty moving and speaking as a result of his condition. We see a prototype of Euphonia in action, and Shaw help Google record voice samples for the AI to try and interpret his speech. More broadly, the episode explores how AI is changing healthcare.

Thanks to Google's recent decision to make YouTube Originals free to watch, you don't have to have a Premium subscription to check out the new series. The company says it will upload new episodes once per week. That said, if you are a Premium subscriber, you can watch the first four videos right away. On January 15th, you'll be able to watch the remaining episodes.

YouTube is hosting The Age of A.I. on its Learning channel, which is the same place it plans to upload the Creators for Change series it announced last week. The first episode of that show will feature former first lady Michelle Obama. In the meantime, the bits we've seen of The Age of A.I seem compelling enough. The second episode, in particular, does a good job of showing the human impact of AI.

Source: YouTube (1), YouTube (2)
In this article: ai, ALS, artificial intelligence, av, entertainment, google, robert downey jr., robots, youtube, youtube originals
All products recommended by Engadget are selected by our editorial team, independent of our parent company. Some of our stories include affiliate links. If you buy something through one of these links, we may earn an affiliate commission.