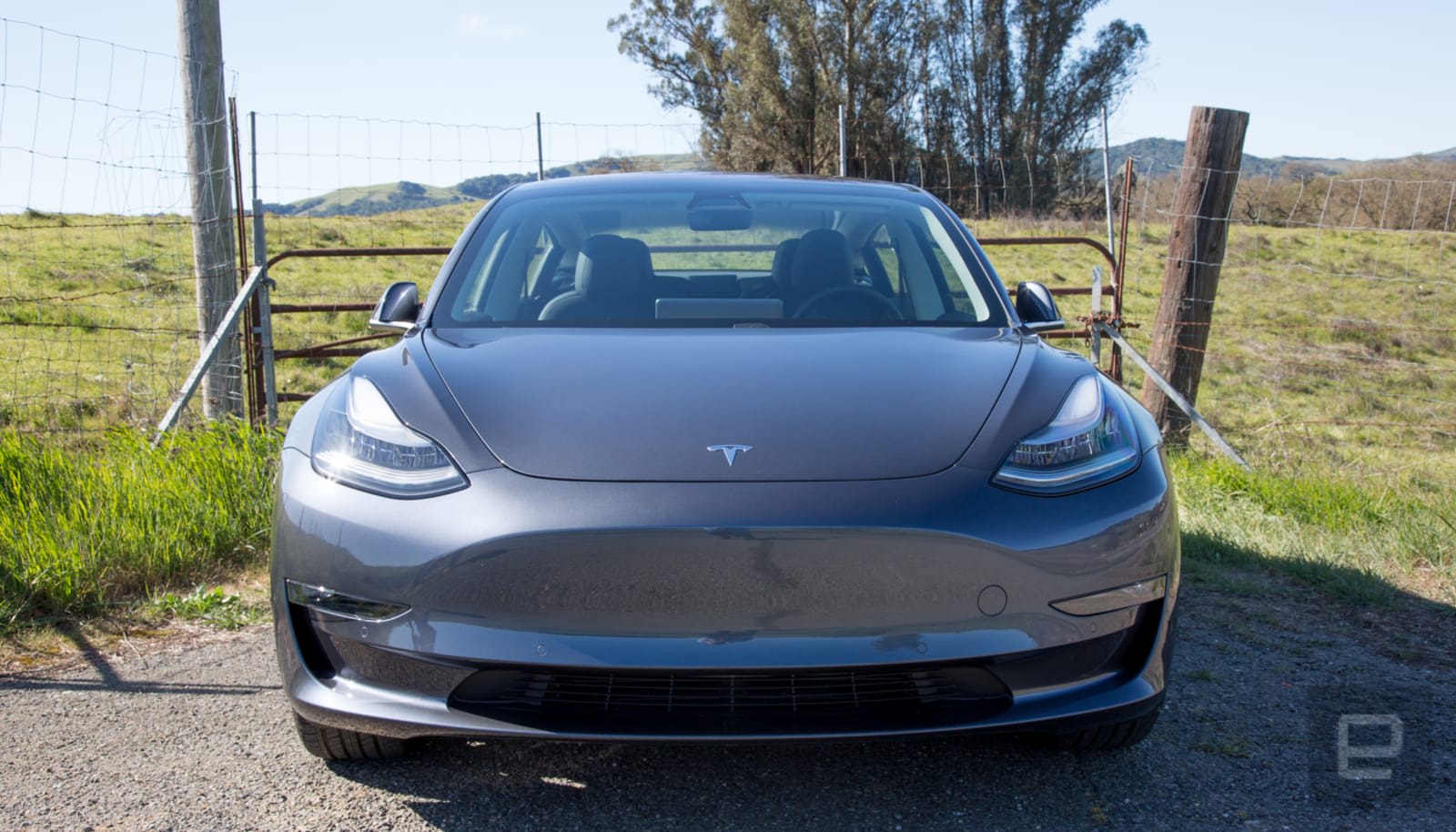 Tesla's Model 3 might get features normally reserved for its larger, more expensive siblings. Code sleuth Green has discovered references in Tesla's software to a number of potential improvements to the 'entry' EV, most notably a 100kWh battery. It's hard to say if this would deliver the range and acceleration of the Model S, but you'd certainly get closer. Accordingly, Green also found code suggesting Ludicrous Mode might reach the Model 3 to provide extra-quick launches.

Other leaks point to a possible "base plus AWD" trim level, new wheel options (including 20-inch "dark staggered" stiletto wheels) and a since-confirmed switch to in-house tire pressure sensors instead of the earlier Continental hardware.

There's no guarantee that Tesla will implement the battery, performance or wheel upgrades. This is a company known to add and cut features on the fly as its sales and production capabilities change, and what's in the pipeline now could be axed later.

The battery upgrade did appear to survive a code purge, though, hinting that Tesla is at least keeping upgrades like this in its back pocket. There are a number of reasons why a 100kWh pack could make sense, for that matter. It's clear that Tesla's technology is advancing when the automaker claims that its upcoming Roadster will sport a 200kWh battery and a 620-mile range. It might soon be feasible to stuff a 100kWh battery into the smaller confines of a Model 3. For that matter, the Model 3 is clearly Tesla's most popular car. A larger battery could help Tesla sustain interest, at least among customers who are willing to pay a premium for a relatively small vehicle.

Another interesting set is performance config types.
Baseplus_awd is what is speculated to be theboost, but look at the other options. Ludi mode survived the great model S purge too so there must be a reason for it?
It's also all changeable on the fly. pic.twitter.com/1UXAtWzWJ4

Via: Electrek
Source: Green (Twitter 1), (2)
In this article: car, cars, electric car, electric vehicle, ev, gear, green, ludicrous, ludicrous mode, model 3, tesla, transportation
All products recommended by Engadget are selected by our editorial team, independent of our parent company. Some of our stories include affiliate links. If you buy something through one of these links, we may earn an affiliate commission.