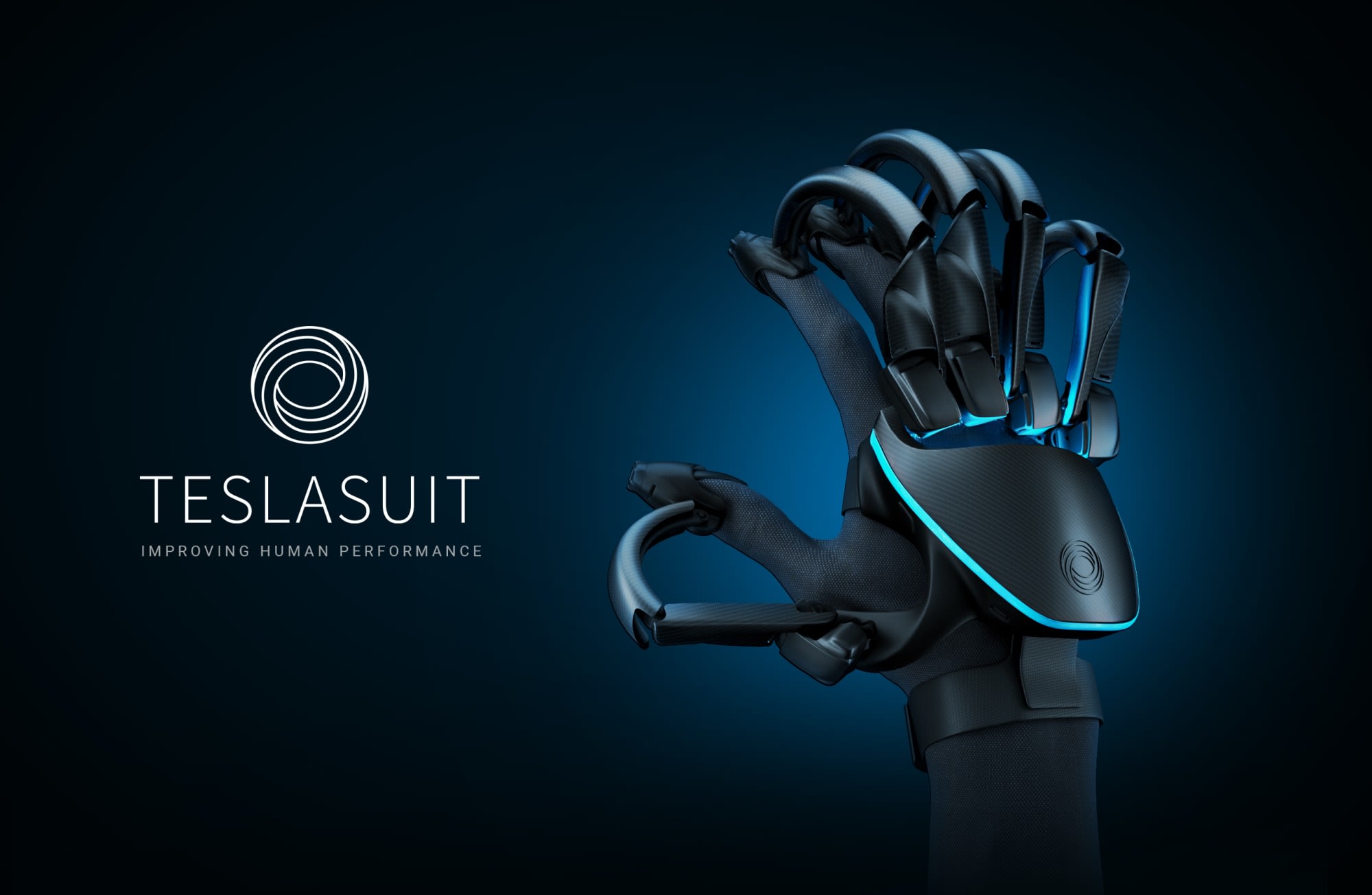 For a fully immersive VR experience, one piece of equipment which still hasn't become widely available is a haptic glove which can provide tactile feedback to let users 'feel' virtual environments. Now, the company working on a full-body VR suit has announced a VR-powered glove, the Teslasuit Glove, which can detect movements of the wearer's hand and provide tacticle feedback.

The new glove can be used in combination with the suit or separately, and Teslasuit says it integrates "haptics, motion capture, biometry and force feedback" to enable users to feel virtual textures. It could potentially be used for tele-control systems or for medical rehabilitation, and the company claims it can gather real-time data so could even be used to monitor users' stress levels or heart rate.

The Teslasuit first came to prominence with a Kickstarter for its full-body VR suit in 2016, although as noted by The Verge, that project was eventually abandoned which is never a good sign. However, the body suit somehow came to fruition anyway and was presented at CES 2018.

Though there are plenty of videos of the suit in action, it's only available to business customers, not regular people. The suit was demoed again at CES 2019, where the company said it was to be used for tasks in dangerous environments including astronaut training, fuel loading training and emergency evacuation training.

The suit and gloves will be on display at CES 2020, so you can check it out for yourself at the Teslasuit booth.

Source: Teslasuit
In this article: gear, haptic feedback, teslasuit, teslasuit glove, vr, wearables
All products recommended by Engadget are selected by our editorial team, independent of our parent company. Some of our stories include affiliate links. If you buy something through one of these links, we may earn an affiliate commission.