Suunto's next wearable is trying to satisfy the needs of two different wearable types: the die-hard fans that have followed (if not bought) its multisport watches in the past, and the smartwatch buyer looking for more fitness functionality. The latter is a much bigger audience — and things are rough for wearable makers at the moment — so the Suunto 7 is aimed squarely at the middle. It's less fitness-dedicated than the Suunto 9, but it's arguably more capable than other smartwatches running Google's Wear OS. The main party trick is offline outdoor maps, calibrated to track 15 different activities, and packing heatmaps of other athletes' trails.

The hardware isn't shaking things up in the world of fitness watches, but in person, it felt solid and comfortable -- it has the reliable heft of a fitness watch, which I like. It's definitely not as thick as the Suunto 9, the company's die-hard fitness watch. The 1.39-inch screen is also big and easy-to-use and because it's OLED its high-contrast and seemed to be easy-to-read in bright sunlight -- one of the major criticisms of the Suunto 9. In fact, the screen can reach up to 1000 nits in "boost mode". Like its predecessor, the new device is shock-, water- and dirt-proof. (No, the numbering system makes no sense to me, either.)

The Suunto 7 is seriously pitched at the fitness wearable middle ground and the standout feature here is offline outdoor maps, which connect to GPS, GLONASS and even Galileo to maintain tracking. The maps are full-color, and, at least from the early demo I saw, seemed easy to comprehend. It's not an entirely new feature -- Casio's own smartwatches have also packed this feature, but Suunto's implementation seems more considered.

On top of navigating and tracking your run or cycle ride, Suunto is adding a heatmap feature that will track 15 different outdoor activities and share it with other users on those maps. This should help users hone in on the best training routes — or simply take the road less traveled, literally.

On the smartwatch side, the Suunto 7 runs on the latest version of Wear OS, which includes access to Google Play, Assistant and the rest. If you want to hear more about it, I'd suggest reading our latest review, but the short version is that Wear OS is much better than it was, but it's hard to shout about. There's also support from a companion Suunto app, which can connect with other fitness services like Strava. 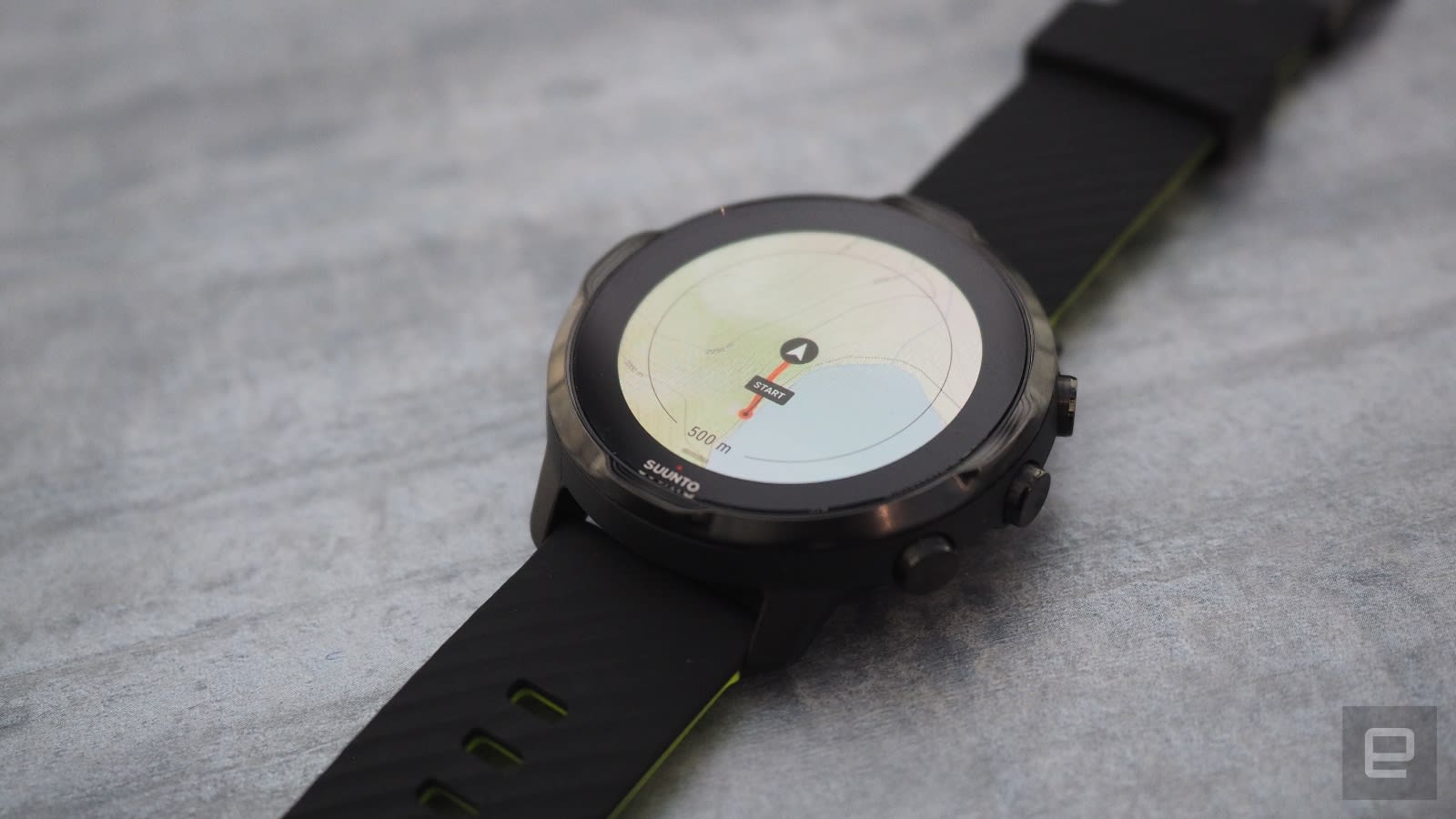 The watch has Qualcomm's now rather old Snapdragon Wear 3100 processor — which mostly contributes to some decent battery life estimates, despite the power-sucking screen. Suunto says its new watch can handle up to 12 hours in GPS tracking mode, or roughly two days of "daily use". I guess I'll need to start running (or kayaking) to confirm those figures.

The watch will launch in the US on January 31st for $499 — preorders launch on January 6th online. It will be available in five color variants: Black Lime, White Burgundy, Black, Sandstone Rosegold and Graphite Copper.