Nikon's D780 is its most serious DSLR for video yet

It has a 4K full-pixel readout and eye-tracking phase-detect autofocus.
S. Dent|01.07.20
@stevetdent

Nikon's D780 DSLR has finally arrived, and it's bringing a lot of the tech from its Z6 and Z7 mirrorless cameras. That includes things like full pixel readout 4K with 10-bit external output and face- and eye-tracking autofocus. In fact, even though it has a mirror, you can think of it partially as the DSLR equivalent to Nikon's full-frame Z6 mirrorless camera.

To start with, it packs the same 24.5-megapixel backside illumination (BSI) CMOS sensor and Expeed 6 image processor. You also get a 273-point phase- and contrast-detect AF system in liveview mode, just like the Z6. In general, the new sensor gives you much better light sensitivity, with the standard ISO range at 100 to 51,200 ISO, expandable up to 204,000 ISO. That's four times higher in the standard range than the D750.

It's fair to say that most of the D780 improvements over its 2014 predecessor, the D750, are on the live view side. For instance, while it's just marginally quicker than the D750 in optical mode at 7 fps, you can hit 12 fps in silent live view mode. You also get phase-detect AF with face priority, eye-tracking and subject tracking all in live view mode.

The D780 has the same 3.2-inch rear display as the D850, so it has full touch functionality for autofocus, menus and more. It also means that the display doesn't flip around, so the D750 won't be ideal for vlogging. That's too bad, because otherwise it looks like a good vlogging DSLR.

Then on the video side, you're looking at nearly identical functionality to the Z6. That means you get crisp 4K with a full pixel readout (6K shrunk down to 4K), Nikon's F-Log mode for improved dynamic range and phase-detect AF with face-tracking. Should you need more color-grading options, you can export 10-bit video with billions of colors via the HDMI port to an Atomos or other external recorder -- just like you can on the Z6.

That's not to say there are no improvements on the optical viewfinder DSLR side. The optical phase-detect AF sensor now has 51 points and the same algorithm as Nikon's pro-level D5. All of that should yield more in-focus images when shooting with a mirror, as many photographers still prefer. 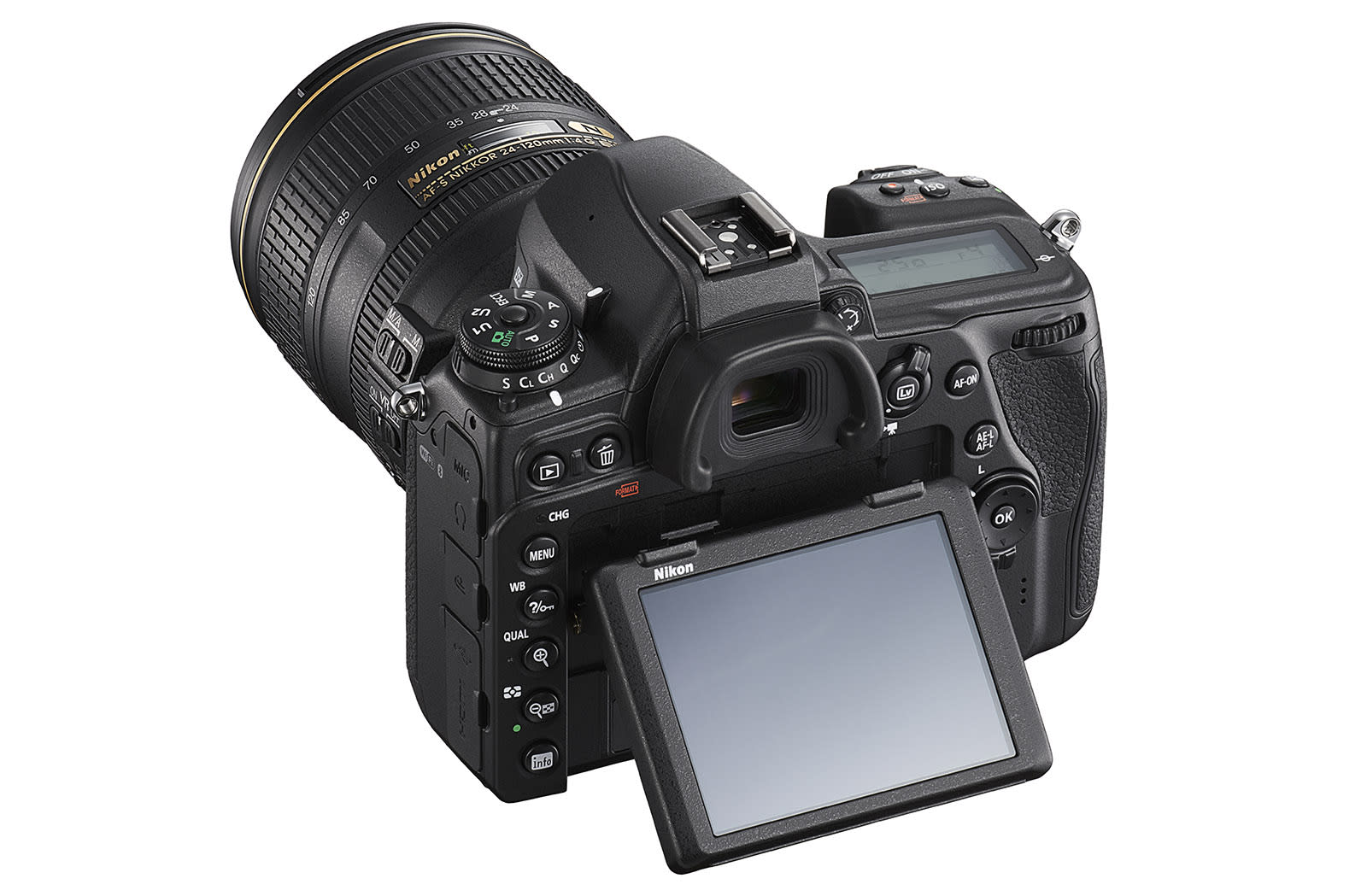 The D750 now has dual UHS II SD Card slots, a USB Type C connector, complete weather sealing and a battery that will go for an incredible 2,260 shots in optical mode. Other new features include a higher 1/8000th shutter speed and ten special effects like toy camera (which you can shoot in JPEG while retaining a RAW file with no effect). One thing missing from the D750, however, is a pop-up flash. It also lacks the in-body stabilization found on the Z6 and Z7 mirrorless cameras.