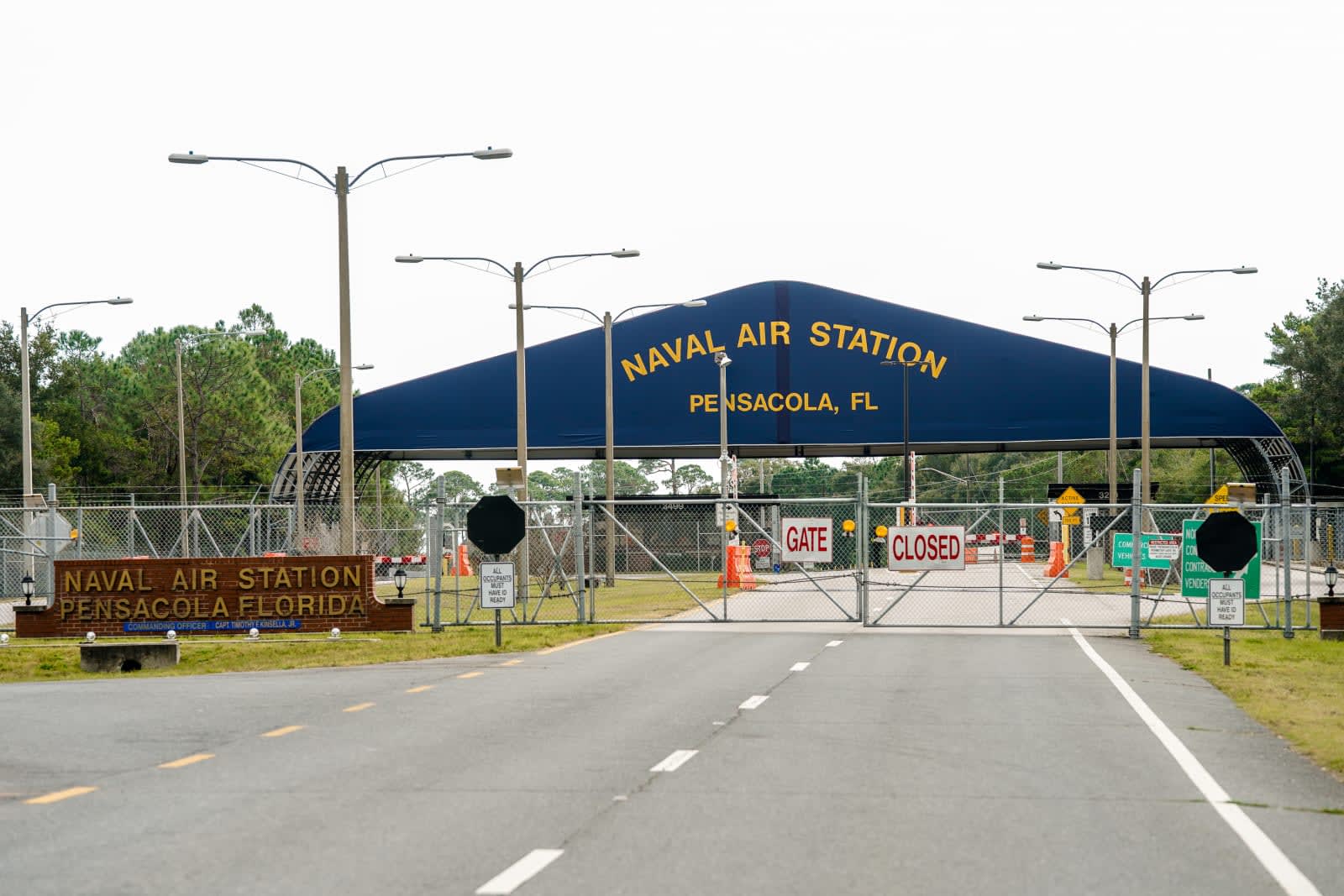 The FBI is once again asking Apple to help it access iPhones for the sake of an investigation. The bureau has sent a letter to Apple's general counsel requesting the company's help in unlocking the two iPhones of Mohammed Saeed Alshamrani, the man believed responsible for killing three people at Naval Air Station Pensacola. FBI officials have requested help from other agencies and countries as well as "familiar contacts in the third-party vendor community," but are hoping Apple will make their lives easier. One of those contacts might be CelleBrite, which reportedly helped the FBI crack San Bernardino shooter Syed Farook's iPhone 5c.

An official talking to NBC News said that Alsharmani appeared to have shot one of the iPhones, making access that much more difficult. It's not clear jut how functional the device was afterward.

In a statement, Apple said the FBI requested information a month earlier. It had given investigators "all of the data in our possession" and would continue to offer help "with the data we have available." Apple has the "greatest respect for law enforcement," the company said.

Just what happens next is unclear. The FBI sued Apple to try and force its cooperation in the San Bernardino case, prompting a backlash from politicians who accused the bureau of using the lawsuit as an excuse to set a legal precedent when it could have explored other data recovery options first. It won't necessarily try that again, although it would have the backing of a Justice Department that believes it has a right to thwart encryption. Officials are worried that terrorists and other criminals can use encryption to maintain perfect secrecy, and are (inaccurately) convinced that tech companies can create backdoors for law enforcement while somehow preventing hackers from getting through.

Whether or not it's feasible for Apple to unlock the iPhones isn't clear. It may be too difficult to get into the phones through brute force guesses, and any solution it discovers might amount to a security vulnerability that could be exploited by anyone unless Apple patches it. More importantly, the company has argued that compelling it to unlock the phones would set a dangerous precedent where any US government agency would have the power to access a device on request. And as we've seen recently, with device searches at the border, those requests don't always have a firm legal grounding.

Source: NBC News
In this article: apple, fbi, gear, iphone, law enforcement, mobile, naval air station, passcode, pensacola, politics, privacy, security
All products recommended by Engadget are selected by our editorial team, independent of our parent company. Some of our stories include affiliate links. If you buy something through one of these links, we may earn an affiliate commission.