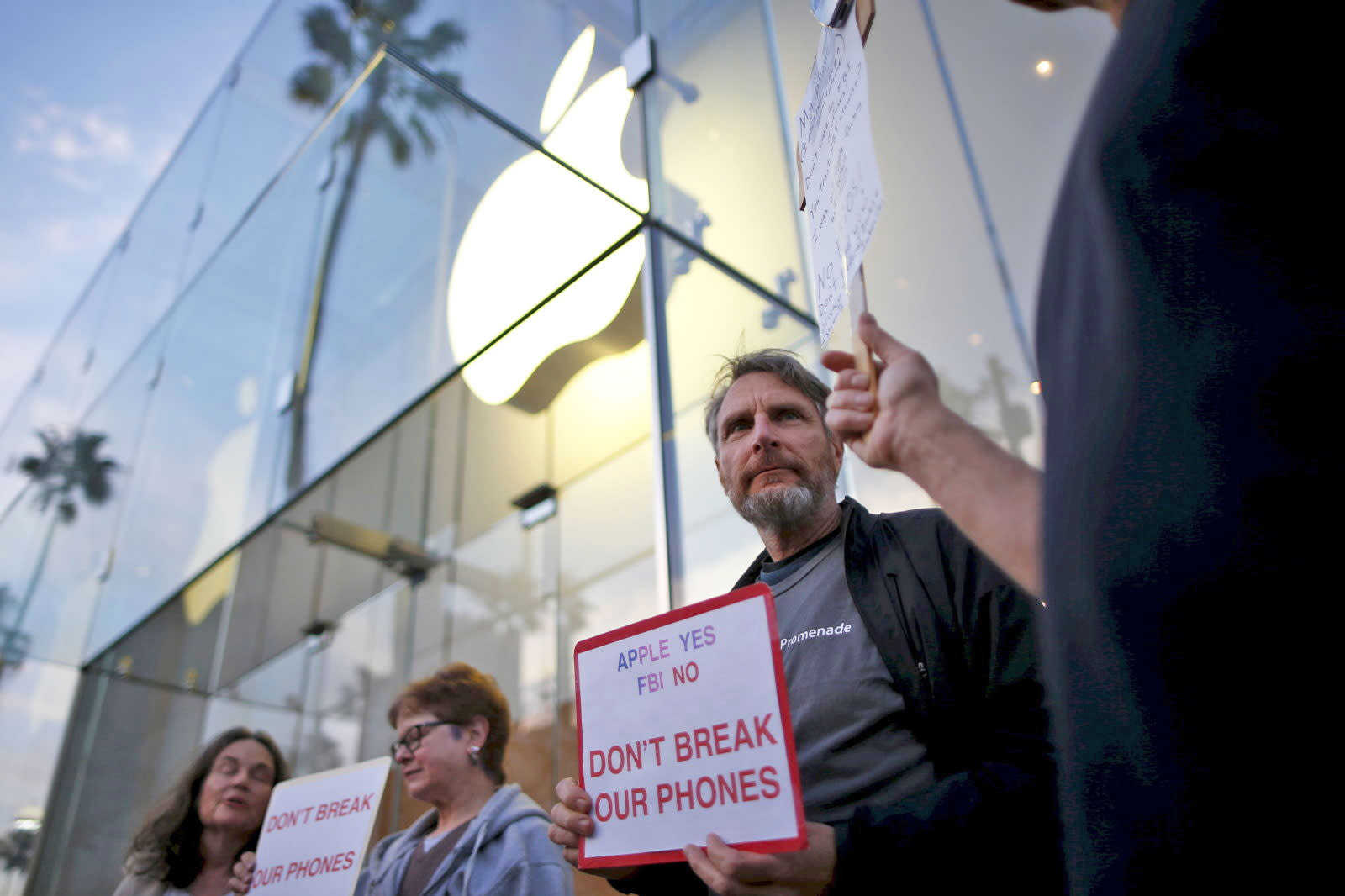 After the 2015 San Bernardino shooting, the FBI sued Apple to forcibly unlock the suspect's iPhone, asserting that the agency had exhausted all options before taking legal action. In the event, the bureau ended up reportedly paying an external vendor to break into the device. But last month, the Department of Justice poked holes in that justification with a report stating the FBI didn't do everything it could before bringing Apple to court. Today a bipartisan group of lawmakers sent a fact-finding letter to the agency's director Christopher Wray questioning whether the FBI could indeed have taken other action before the lawsuit.

Ten members of the House of Representatives, split evenly between Republicans and Democrats, sent the letter. To them, the DOJ's report undermines the FBI's statements that only Apple could have opened up the phone -- and that they didn't investigate all technical options ""precisely because they wanted the suit against Apple to go forward," according to Reuters.

Apple famously resisted the FBI's attempts at coercing them into breaking into the San Bernardino shooter's iPhone, and since then, we've learned that the agency has tried and failed to break into around 7,800 devices due to encryption, which Wray has called a 'major public safety issue.' But rising awareness of supposed phone-unlocking third-party tools from firms like Cellebrite and GrayShift have undermined the FBI's story. Lawmakers want to know if the bureau has consulted with these vendors, and if not, why their solutions aren't suitable.

Finally, the legislators want to know if the bureau is erroneously trying to break into devices when they could just get it from a cloud-based Internet service. After all, this is how the agency got information from the 2017 Texas shooter's iPhone after serving Apple with a warrant for data on his iCloud account.

In this article: apple, christopherwray, encryption, fbi, HouseOfRepresentatives, security
All products recommended by Engadget are selected by our editorial team, independent of our parent company. Some of our stories include affiliate links. If you buy something through one of these links, we may earn an affiliate commission.