Like a laser keyboard, but with just your phone or tablet's selfie camera

We've all seen adverts for laser keyboards that often lurk in the back pages of the Sharper Image catalog, which promise a lighter bag when you're on the go. But the ideal of using a virtual keyboard to type on your smartphone or tablet is never as practical in the real world, when it's often fiddly and unreliable. Samsung has decided to see if it's possible to make this work but without using any crappy accessories.

SelfieType is a project out of the Korean giant's C-Lab startup incubator, which uses the front-facing camera to track your motion. Prop your phone up as if it was a display, fire up the app, and then touch type onto the table as if you had a keyboard there. The phone's front-facing camera and a "proprietary AI engine" will then examine the motions of your fingers, interpreting them as the taps on a QWERTY keyboard. 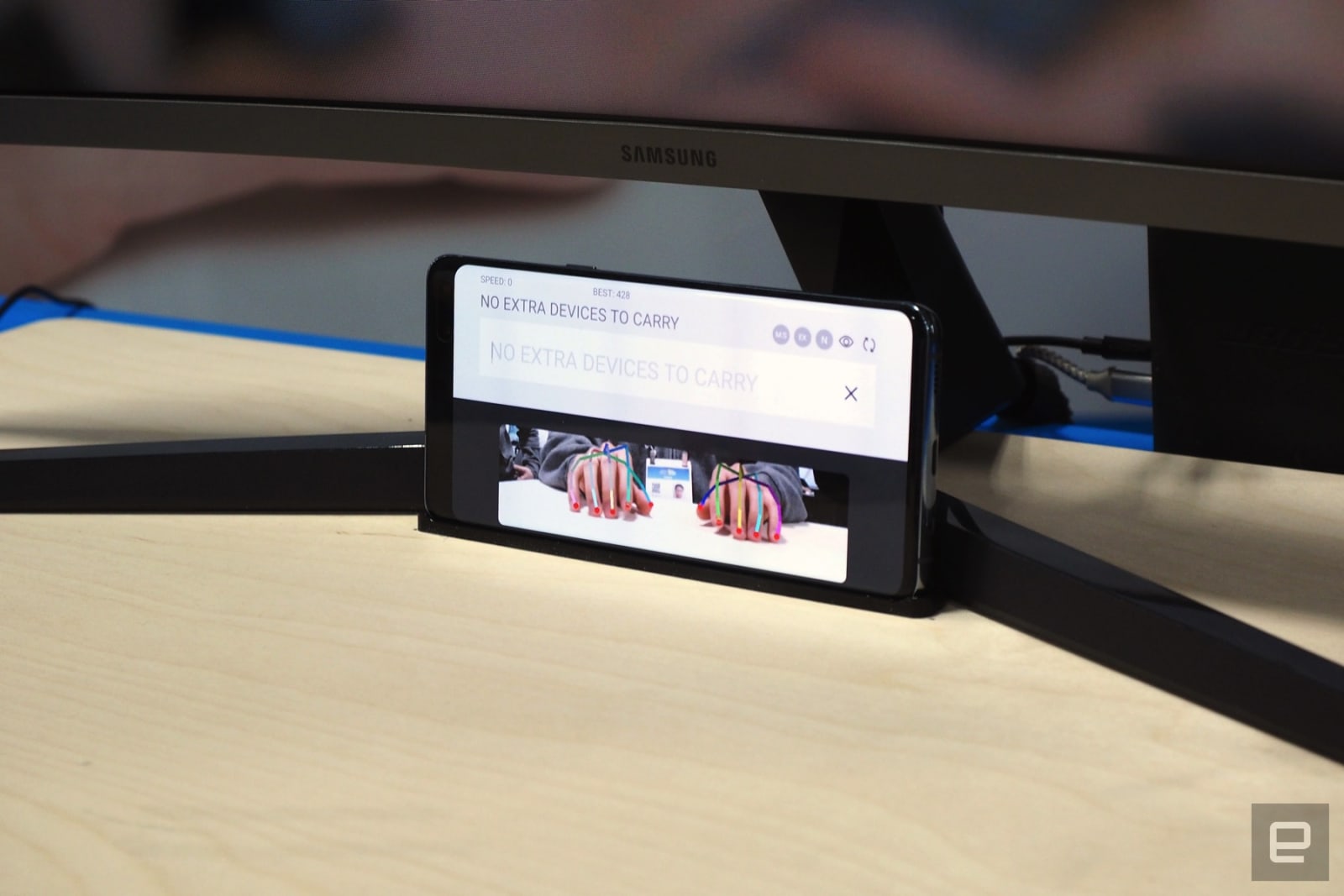 Naturally, skilled touch-typists only need apply, since there's no real guide for where your hands need to go in the real world. At least right now, since the team behind SelfieType hopes to make it easier to use, and more intuitive for novices in the near future. Unfortunately, I wasn't able to try the system for myself, and was only able to watch a canned demo by one of the team.

But even watching from the sidelines, it's clear to see the potential such an app has, both for emergency typing when you need to be faster than fingers on glass. You probably won't expect to see this pop up in the next Samsung phone, but if the company feels that it can make this ready for prime time, perhaps it'll do so in a few years.