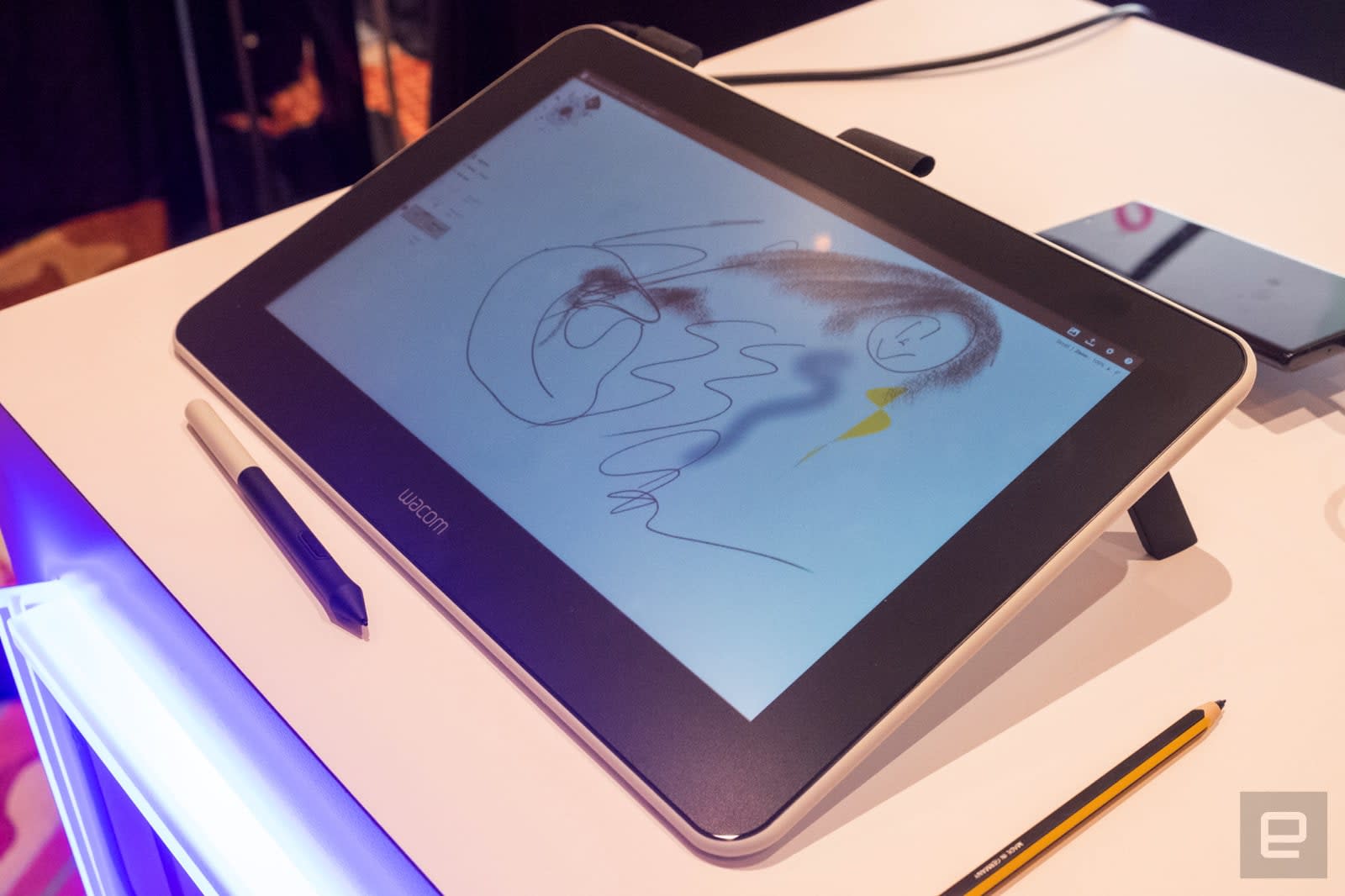 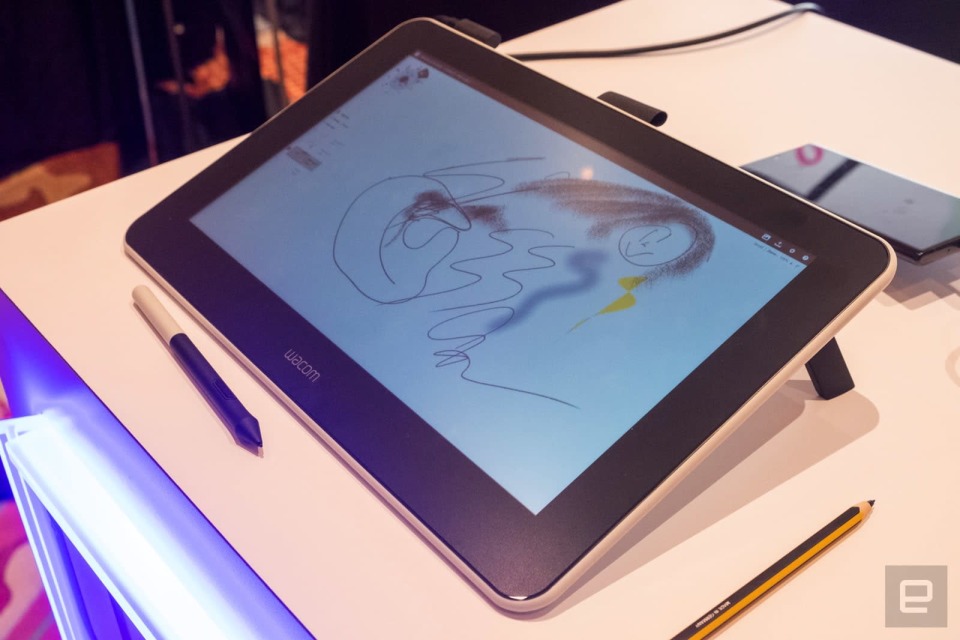 If there's one problem with Wacom's drawing displays, it's that you can't really buy one if you're just a hobbyist. After all, their price and complexity means that if you own one, you're either a professional designer, or aspire to becoming one soon. That's why Wacom has, perhaps a little belatedly, developed a $400 drawing tablet-cum-secondary display that really is for the rest of us.

It's understandable, really, given how successful the Apple Pencil and iPad has been, that Wacom would be moved to push into this space. And, if I'm honest, it's clear that the Wacom One really does work like a diddy Cintiq for hobbyists, burgeoning designers and doodlers. The company's representatives said that the unit is designed for people who use their phones to edit photos and draw, but are looking for an upgrade.

Trying the 13.3-inch screen, it's clear that it's designed as a drawing tablet first, with a matte display that feels a little more like drawing on paper. It's not a touchscreen, too, so there's no worries about palm rejection or accidental swipes while you're working. And, because it's Wacom, the full-HD screen can pull double duty as a secondary display for using Illustrator or Photoshop.

Another neat feature is that you can actually connect it to an Android phone (or tablet) and run Android apps for drawing on-device. And even while using a smartphone, you still get access to 4,096 levels of pressure to replicate pencil-like drawing on a tablet. There's no noticeable latency, either, making drawing feel pretty natural despite being an all-digital experience.

Oh, and the best thing, is that it's one of the first Wacom tablet that's compatible with partner devices from other pen makers. They all carry Wacom's tech, but often there's no cross-compatibility between them and Wacom's own products. The Wacom One, meanwhile, can run Staedtler's Noris Digital S-Pen (which I tried, and liked) and Lamy's AL-star black EMR, bringing the feel of a real drawing instrument to the tablet. Worry not, though, it'll ship with a low(er)-end Wacom stylus in the packaging.

It should go without saying that if you're the sort of person who can speak authoritatively about color calibration, this is not for you. But as someone who's often liked the idea of a Photoshop display but hasn't the means to justify it, this is a very tempting proposition. After all, this is a high-quality drawing pad from the best name in the business, and it's being sold for toy money. And, to be honest, being asked to draw a bicycle on this thing was pretty fun, and it's easy to erase your mistakes, too.

In this article: Android, art, ces, ces2020, Design, Drawing Slate, gear, hands-on, Illustration, personal computing, personalcomputing, Tablet, Wacom, Wacom One
All products recommended by Engadget are selected by our editorial team, independent of our parent company. Some of our stories include affiliate links. If you buy something through one of these links, we may earn an affiliate commission.