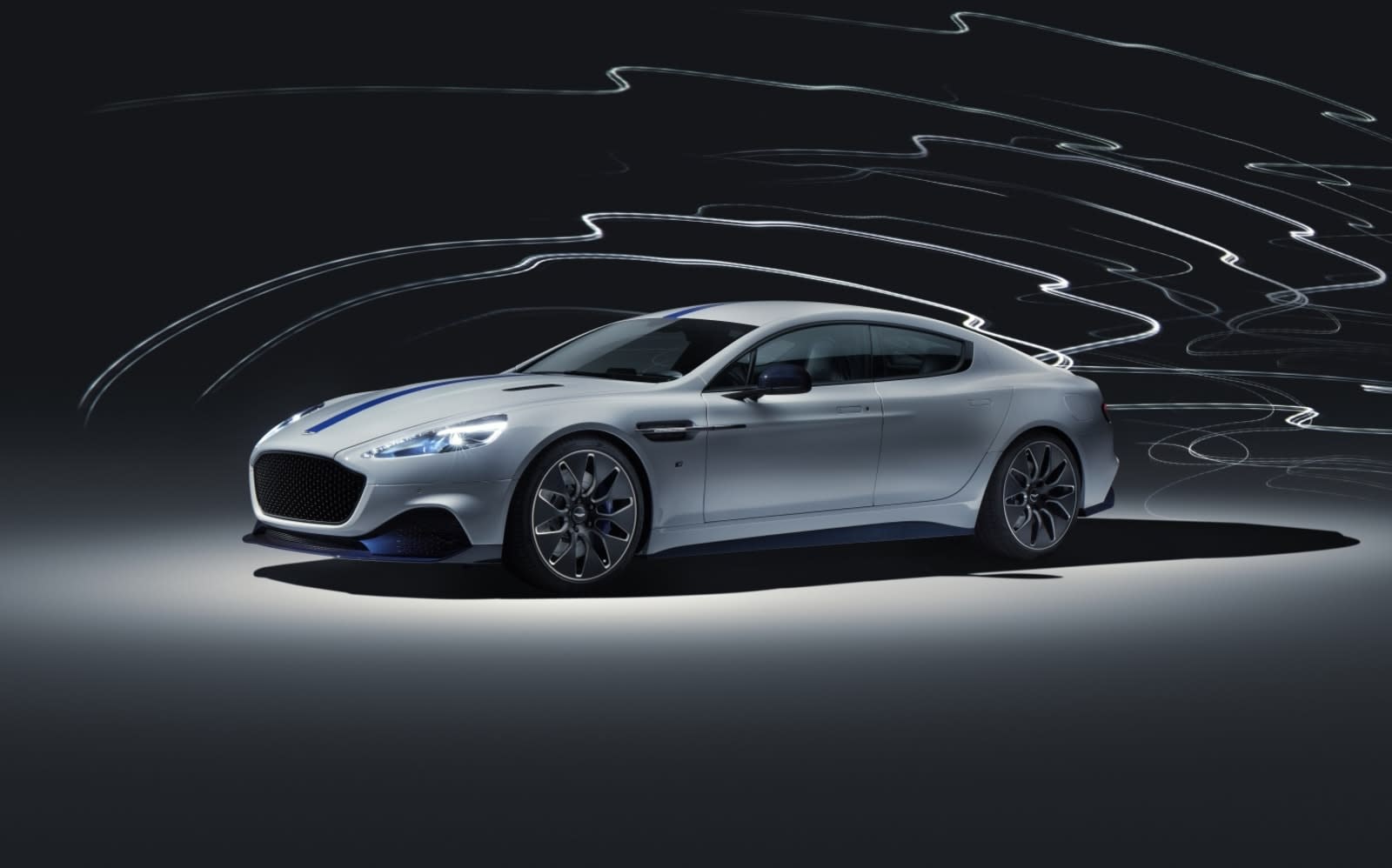 For years, Aston Martin has been promising an all-electric Rapide E. After one false start, the automaker said it would begin making the EV in 2019. Now, a source close to the firm tells Autocar that the Rapide E will not go into production. Instead, it will become a research project.

Aston Martin originally planned to manufacture 155 Rapide Es. It did not publicly disclose the price, and we don't know how many orders were placed or how the company will handle refunds. It's unclear, too, how exactly Aston Martin plans to use the Rapide E for research. An Aston Martin spokesperson declined to "comment on future product speculation."

According to Autocar, Aston Martin is focusing on the launch of its DBX SUV, which is set to arrive in the second quarter of 2020. The company is also struggling financially. CEO Andy Palmer called 2019 a "very disappointing year," as shares fell to an all-time low.

Previously, Aston Martin said the Rapide E would have the equivalent output of 604 HP, a top seed of 155 MPH and 200-mile-plus range. It would pack a 800V battery system, compatible with DC fast chargers, and twin electric motors. There were even rumors that it might appear in the next James Bond movie. That seems a bit less likely now.

In this article: all-electric, aston martin, battery-powered, business, cancels, ev, gear, green, james bond, production, rapide e, research, transportation
All products recommended by Engadget are selected by our editorial team, independent of our parent company. Some of our stories include affiliate links. If you buy something through one of these links, we may earn an affiliate commission.