No more teasing -- Aston Martin has finally revealed its first all-electric car. The Rapide E swaps out a V12 engine for an 800V, 65 kWh battery system and twin rear motors with 604 hp and 700 pound-feet of torque. There will only be 155 units produced, "with prices available on application" and along with Williams, the carmaker has packed an aging frame with plenty of reasons to try this one out. 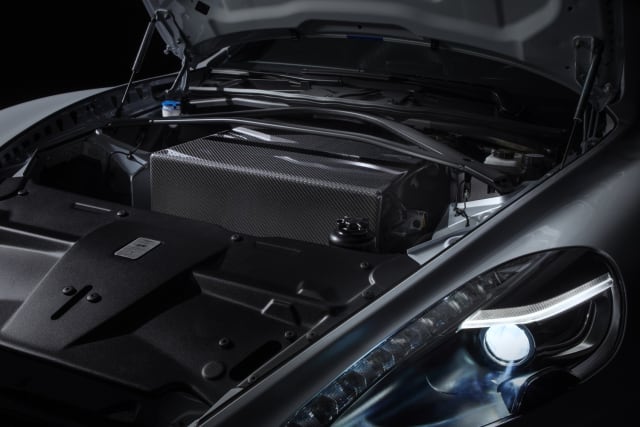 The battery pack is sitting directly in place of the usual fuel engine, and can charge at a rate of up to 300 range-miles per hour when connected to an outlet that can deliver 100kW or higher. According to Aston Martin, this performance vehicle is built to deliver in a "repeatable" way and not just under narrow windows of battery charge or climate conditions.

Besides the shot at Tesla's Ludicrous Mode, it comes with a 155 MPH top speed and 0 - 60 time that's under four seconds (0 - 100 km/h in 4.2 seconds). Its electric powertrain can deliver three driving modes: GT, Sport and Sport+, with driving feel and limited-slip differential tuned to match the handling characteristics of a petrol-powered Rapide AMR. 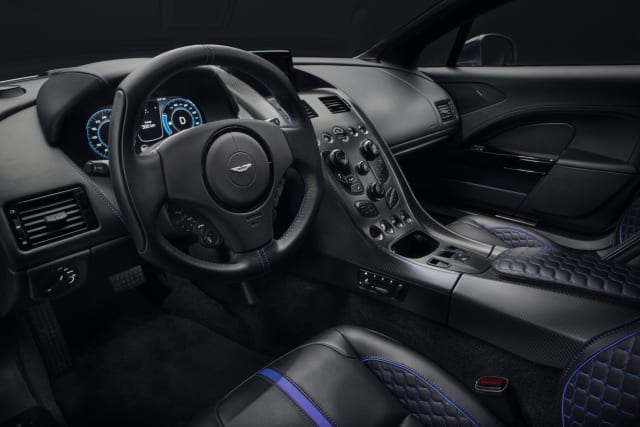 Inside the car, there's plenty of carbon fiber, and analog displays have been replaced by a 10-inch digital screen that shows state of charge, power levels, real-time energy consumption and more. You can also get a lot of that information via an app that connects to the vehicle and will also remember where it's parked.

Another big difference between this car and previous ones is its aerodynamic design. Since it doesn't need an exhaust the rear diffuser has grown, along with a redesigned underfloor to take advantage of it. Because it doesn't need as much cooling, airflow through the body has been reduced to improve range -- measured at over 200 miles on the Worldwide Harmonised Light Vehicle Test Procedure (WLTP). The wheels and low-resistance Pirelli P-Zero are also tuned for maximum efficiency.

At the event in Shanghai, Aston Group CEO Dr. Andy Palmer said: "Unveiling the Rapide E will be a huge moment for Aston Martin. As our first all-electric production car, it is a truly historic step. One that signals Aston Martin is prepared for the huge challenge of an environmentally responsible and sustainable future. As a car company we cannot afford to passively allow that future to come to us; we have to actively chase it. "